Celtic Quick News on News Now
You are at:Home»Latest News»NEW BHOY MISSES OUT
By CQN Magazine on 19th January 2016 Latest News
CELTIC fans will miss out seeing new Bhoy Erik Sviatchenko in tonight’s re-arranged Premier League game against Hamilton at Parkhead.
Manager Ronny Deila reckons the 24-year-old Danish international defender, who cost £2million from FC Midtjylland at the weekend, is not ready to play.
Sviatchenko agreed a four-and-a-half-year deal, but his debut will be delayed until the Hoops boss is satisfied with his fitness levels.
Deila expects big things from the centre-half or left-back although, at 6ft, he is not particularly big.
The Norwegian said: “He’s not the tallest, but he is good in the air. He is also a leader and a communicator. 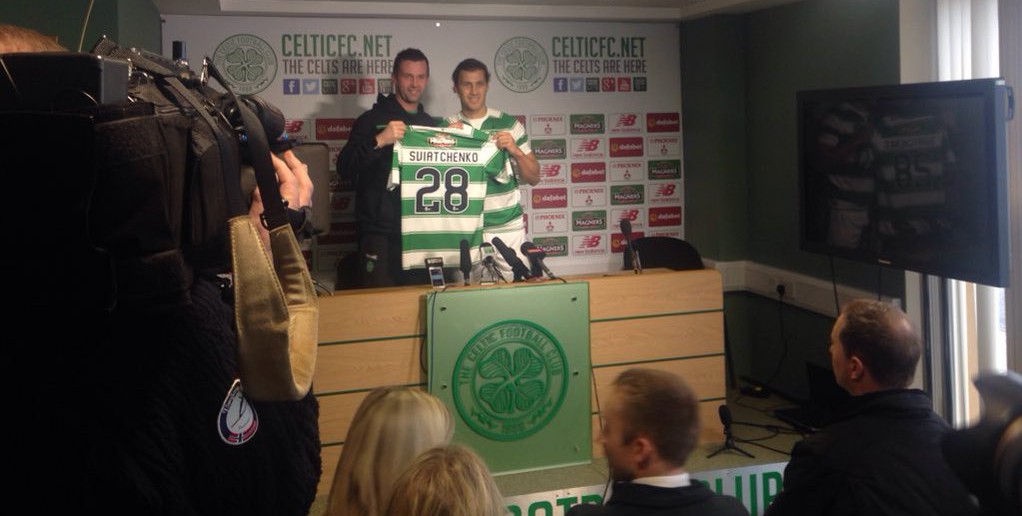 “I’ve known about him for a long time and now was the right time to do the deal.
“He has been important for his former team, one which has developed him a lot.
“Erik was their captain at a very young age, only 22, so this is a guy who wants to get better.
“When you talk to him, you understand what ambitions he has.”
Midfielder Nir Bitton returns from suspension while long-term injury victims Scott Brown and Charlie Mulgrew are sidelined again.
Both skipper Brown and the versatile Mulgrew are making progress, but this game comes too early for them.
It would be great if the atmosphere created at Tannadice on Friday night could somehow be recreated at Celtic Park – it would make tonight very special.