Celtic Quick News on News Now
You are at:Home»Football Matters»NEW BHOY TIPPED FOR GREAT THINGS
By CQN Magazine on 30th September 2015 Football Matters
RYAN CHRISTIE is ready to show Celtic he is well worth the £500,000 they have invested in him, according to Scotland Under-21 boss Ricky Sbragia.

The coach has once again selected the midfielder for his squad ahead of the Euro qualifier double-header with France and Iceland next month.

It was an easy decision for Sbragia, who has been impressed by the talented 20-year-old playmaker who has been loaned back to Inverness Caley Thistle.

The player’s ability was evident in the Highlanders’ 2-1 win over Aberdeen on Saturday where he set up the first goal and sealed the triumph with a dipping, swerving lone-range effort that completely bamboozled keeper Danny Ward.
Christie’s run of form and game time at the Caley Jags is undoubtedly a benefit to the Under-21 squad, who won their opening group game last month 2-1 away to Northern Ireland thanks to a goal from the latest Celt. 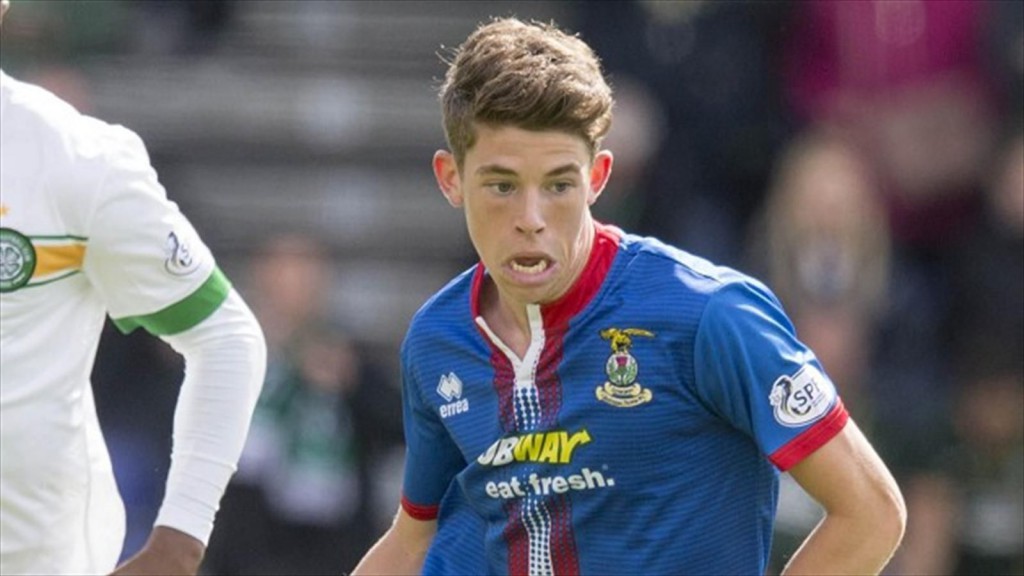 Sbragia believes his star man has what it takes already to make his mark on the Hoops team he is expected to join in the New Year.

He said: “I think he has always had ability and talent. It was just about the time when that would all come together. That is gradually happening and he is reaping the benefits of it.

“John Hughes, his boss in Inverness, has done extremely well for him. And the fact he is playing continued first team football is a big plus for him.

“In some cases, players will play one week and then not again for two or three weeks. But Ryan is playing week in, week out.

“I think he has a great chance of playing for Celtic as well, with the form he is in. But he is at Inverness just now and I think he is focused on that. He wants to keep doing extremely well for them and be in this Under-21 squad.”

Sbragia added: “We had a chat on the Friday before the Northern Ireland game about signing for Celtic because it had been a great week for him, albeit a difficult week in a way.

“But he dealt with it. Mentally, he was right. When we spoke to him, there was never any doubt about him wanting to play, or making an excuses.

“That said a lot about him and the great thing for me is that he wants to play for Scotland.”