Celtic Quick News on News Now
You are at:Home»Latest News»‘NO FALL-OUT AT CELTIC,’ No.2 DAVIES
By CQN Magazine on 17th August 2018 Latest News

CELTIC assistant boss Chris Davies has fired back at suggestions of a rift between Brendan Rodgers and the Hoops board.

The champions have taken flak following the Champions League exit, the defeat to Hearts at Tynecastle and the ongoing controversy surrounding Dedryck Boyata.

As the holders prepared the first defence of their Betfred League Cup against Partick Thistle at Firhill tomorrow, the Parkhead No.2 said: “Brendan has had no breakdown there.

“He’s fine and is working closely with the board, as always. There’s no issue.

“We’ve been here two years and it’s the first setback we’ve probably had. Brendan is dealing with it. We’ve had a bit of negativity in the past couple of weeks and that’s something Brendan is used to – he has dealt with that as a manager.

“There’s no fall-out with the board or big fractures within the club. It’s a story the media are trying to generate, but it’s not there. We’re fine. Brendan is working with the board and he’s in dialogue with them, as ever. 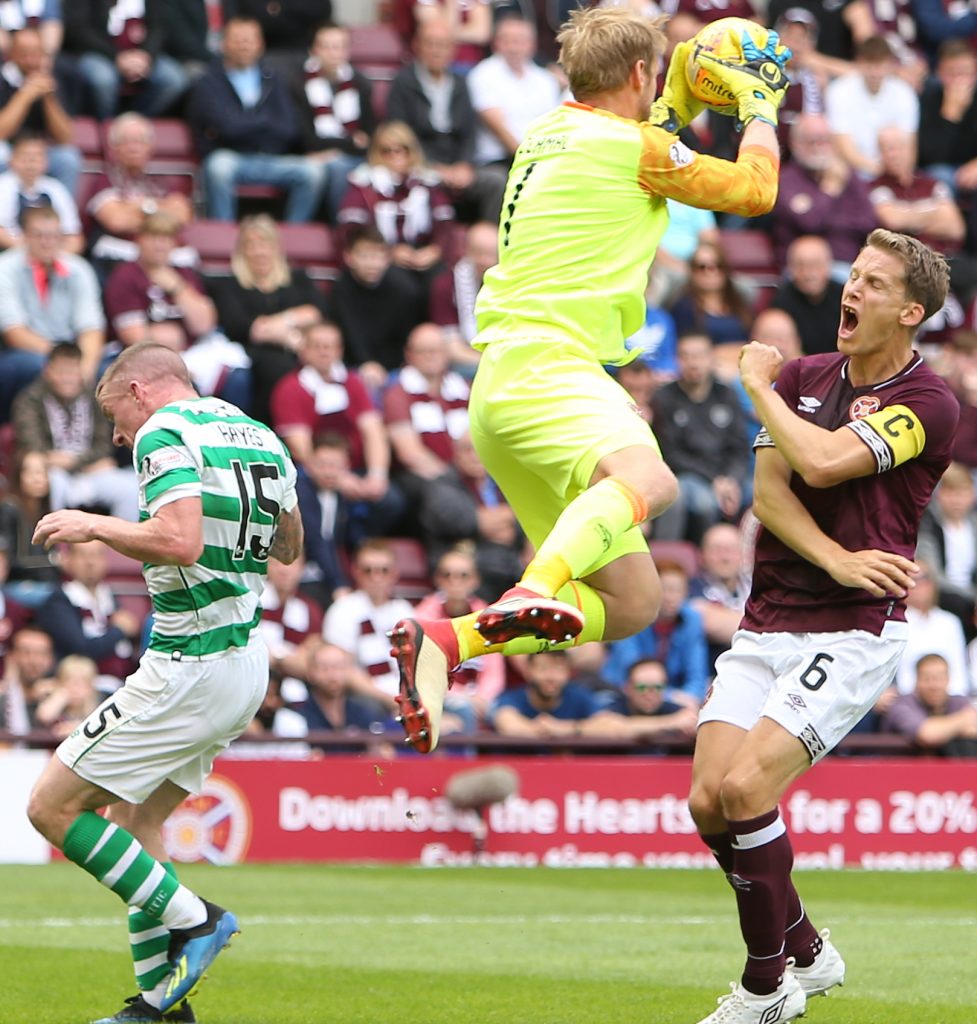 “What I can tell you now is that we won’t let this negativity start holding us back. What we’ve done is the past two years has been incredible, in terms of domestic trophies and qualifying for the Champions League.

“What’s happened is we’ve gone out to the Champions League to a team that we deserved to beat over two legs. We were the better team against AEK, home and away. That can happen in Champions League qualifying.

“We’ve gone out and people are looking and trying to create one single narrative –  that there’s been a fall-out, Dedryck Boyata, and this and that has happened. It’s never as simple as that.

“We all share responsibility. Brendan has made his point that he wants the strong to be as strong as it can, which is a common goal for all us. We all want that.

“I can tell you in terms of working with Brendan – and I speak to him every day about various things –  that there’s no issue. There’s no problem. He’s thinking about leading the team and we, as a club, will come through this strong and better.

“There’s no chance this negativity will hold us back or stop us in any way.

“What we have to do, as you do in football, is to stay resilient, learn from your experiences and come back stronger with optimism for the future. And that’s what we’re going to do.”