SCOTT BROWN has told Celtic fans not to expect a goal avalanche in tonight’s Champions League qualifier against Lincoln Red Imps in Gibraltar.

The semi-professional shocked Estonian champions Flora Tallin 3-2 on aggregate for the right to face the Hoops. 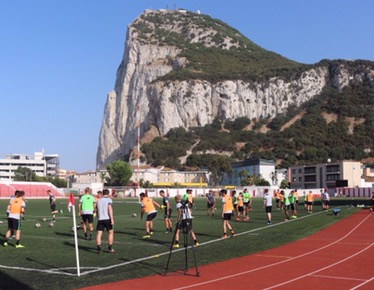 Brown admitted: “These games are always hard because whoever we play against we are always the favourites, especially in the early rounds.

“Folk expect us to turn up and beat them by five or six and the get 10 at Celtic Park.

“Football has changed. Everyone is switched on and focused. It’s a huge game for them, but we are trying to get to the Champions League group stages, so it’s huge for us, too.

“We played against a lot of them for Scotland in the European Championship qualifier last year. We had a change of formation formation that day when we went with one defender – and it quickly changed when they scored.

“It was their first-ever international goal and it came against us. Thankfully, we won 6-1 in the end.

“They have some good players, seven or eight from that Gibraltar team will play, they will be well organised and they counter-attack really well – as we know.”