Celtic Quick News on News Now
You are at:Home»Latest News»‘NO-ONE CAN MATCH OUR QUALITY,’ BROWN
By CQN Magazine on 24th April 2017 Latest News

SKIPPER supreme Scott Brown reckons Celtic have underlined the gulf in class between the six-in-a-row champions and Sevco Rangers.

The midfielder ruled Hampden as the Hoops dismantled the myth that the Ibrox side were on their way back under the guidance of new Head Coach Pedro Caixinha.

Brendan Rodgers’ side coasted to a 2-0 triumph with goals from Callum McGregor and Scott Sinclair (penalty) and only the woodwork and some excellent saves from Wes Foderingham kept the scoreline at a respectable level.

Brown said: “We knew they were going to sit deep and couldn’t press us, they don’t have the legs that we’ve got or the quality. 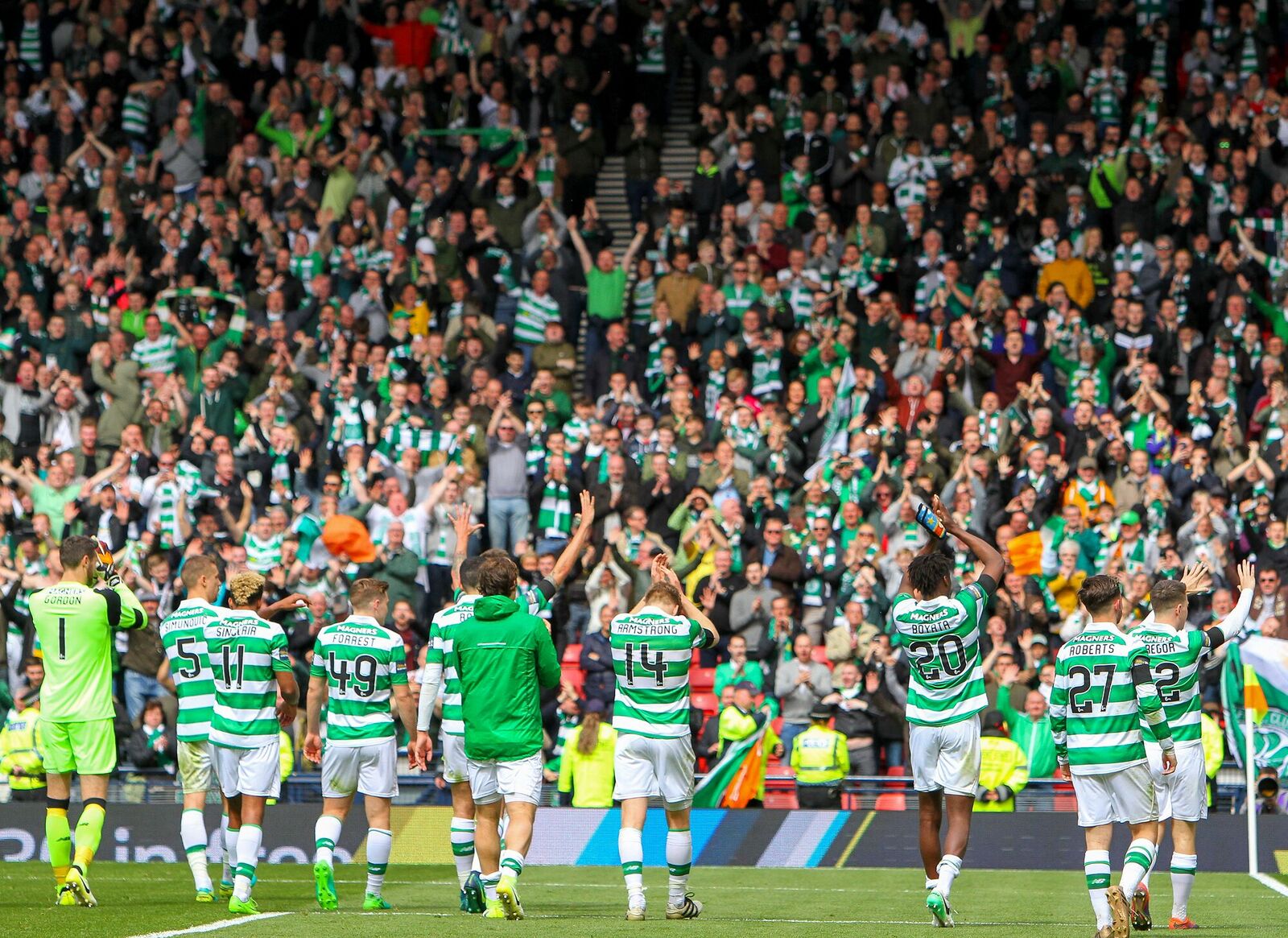 “It will be different going to Ibrox. They’ve got to come out and try to press and create chances, especially with being at home.

“They’re going to be scared with the pace we’ve got on the counter-attack. They’ll need to watch out for that.

“You look at the quality we’ve got from the bench and it must scare people.

“We enjoyed this match from start to finish. We’re the best team in Scotland and showed that again.

“The semi-final last year against Rangers (sic), we were disappointed. It was the worst we could ever play, it was the best they could ever play. They got lucky on penalties.”

Now all eyes are on Ibrox on Saturday for the final league game between the teams this season with the Hoops already winning two and drawing the other.

Brown’s participation in the match depends on his red card against Ross County being reduced to yellow by the Appeals Panel on Thursday.

He said: “I have to go up to the SFA now to see if I can play on Saturday or not.

“If not, then someone else will come in. We’ve got strength in depth, there’s also Nir Bitton, Eboue Kouassi and Liam Henderson. I might get a wee rest!”

The champions will travel to Ibrox without Moussa Dembele, who damaged a hamstring yesterday. The French Under-21 ace has claimed five of the club’s 11 strikes against the Govan outfit in his prolific 32-goal debut campaign.

But Brown said: “We’ve got no worries about Leigh Griffiths coming in. 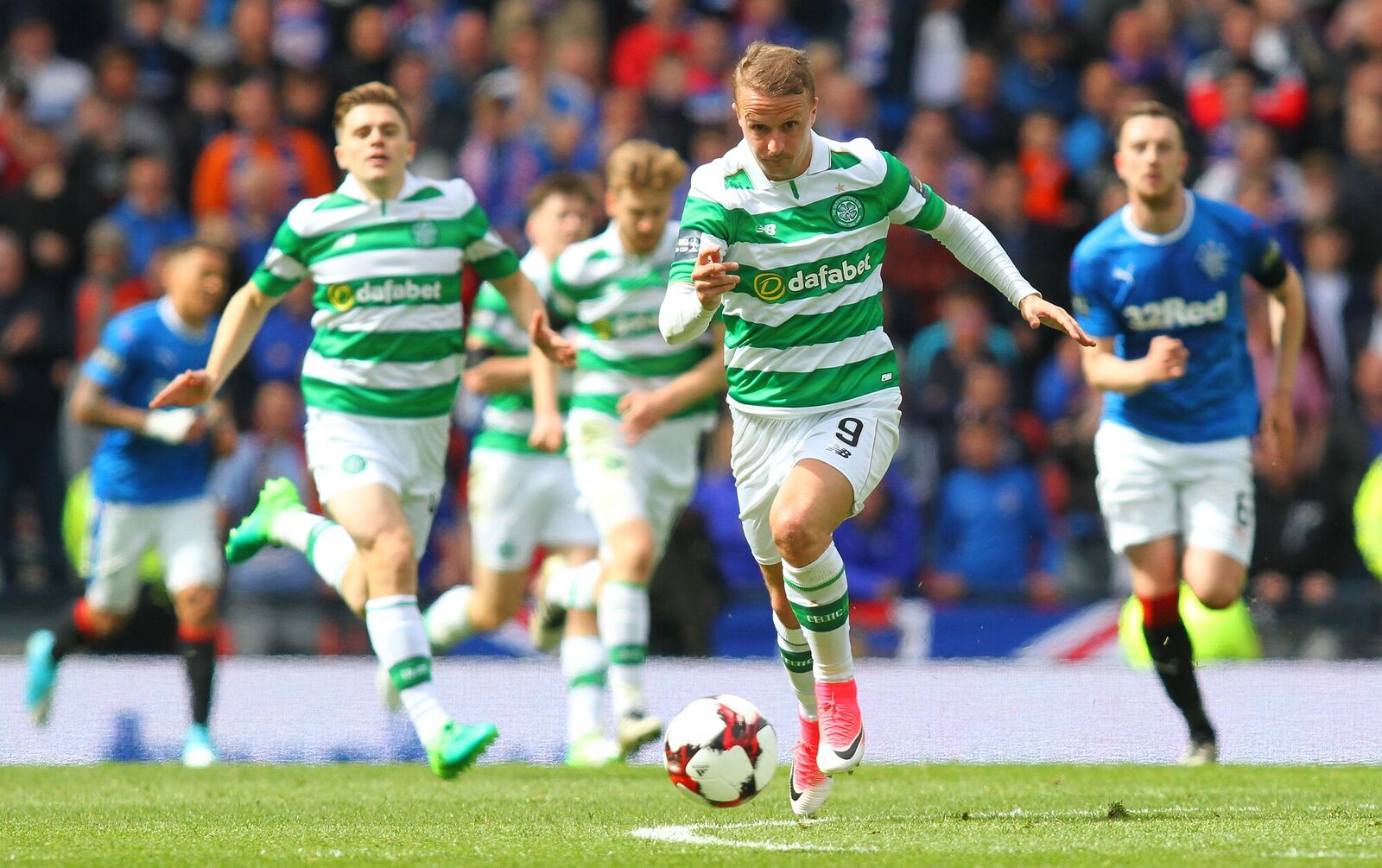 “He might now get a run in the team to show his qualities.

“He scored 40 goals last season. He’s been a little bit unlucky with injuries this season. When Moussa’s been injured, he’s been injured.

“Leigh has been waiting for his chance. He works so hard in training it’s incredible.”
Brown will lead his troops against Aberdeen in the Scottish Cup Final on May 27 as they zero in on the club’s fourth clean sweep in history.
He said: “We’ve five games before that. We need to make sure we keep the momentum going and that we keep on enjoying our football.

“There are a lot of places up for grabs for the Final. Aberdeen are definitely the toughest team we could be playing.

“They’ve got pace on the counter-attack and they’ve got some great players, as well.”