Celtic Quick News on News Now
You are at:Home»Latest News»NO REGRETS: ‘WE HAVE MADE PROGRESS,’ INSISTS POSTECOGLOU
By CQN Magazine on 12th December 2021 Latest News

ANGE POSTECOGLOU insists he has no regrets over Celtic’s Europa League campaign that saw them concede 15 goals in six games.

On the plus side, the Hoops hammered in 13 strikes of their own – bettered only be three other teams – in an exceptionally competitive group that saw Bayer Leverkusen and Real Betis, currently sitting third in the Bundesliga and La Liga, going through to the next stage of the competition.

Postecoglou saw his side claim nine points after winning three and losing three games to fail to match the Spaniards’ tally by a solitary point. 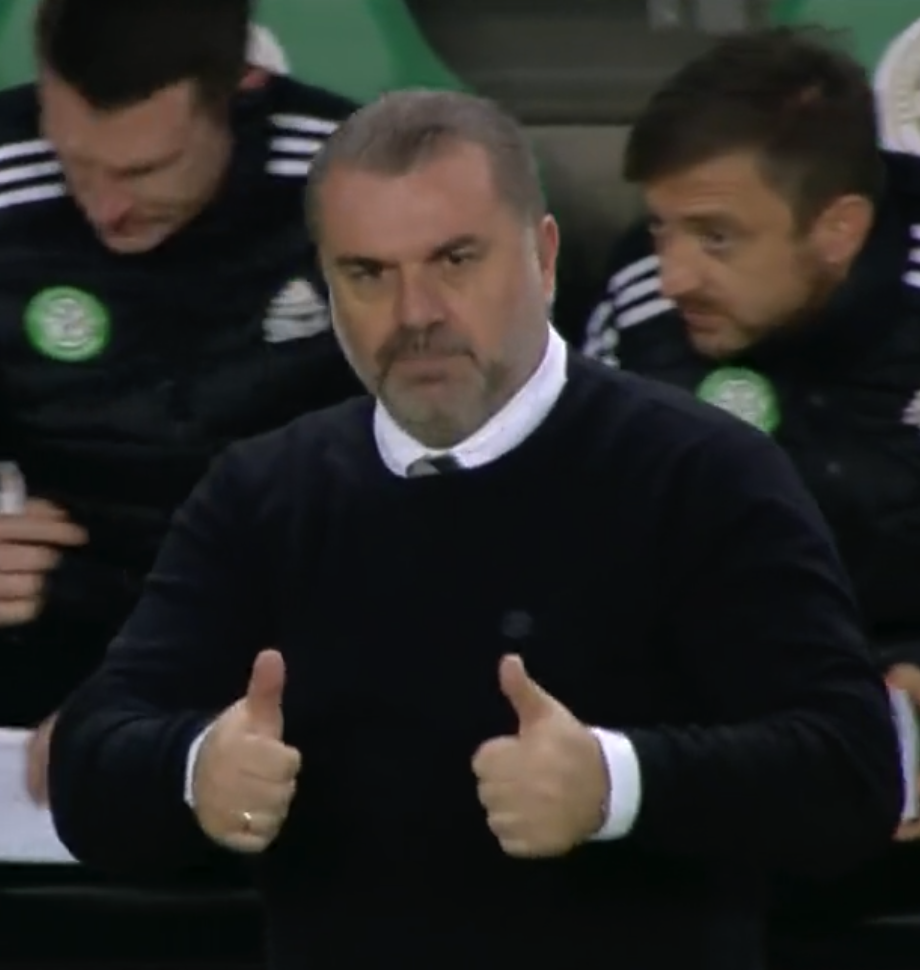 HUNGARIAN RHAPSODY…Ange Postecoglou gives the thumbs up during the 2-0 Europa League win over Ferencvaros at Parkhead.

They beat Ferencvaros, leading the Hungarian top flight, home and away, 2-0 in Glasgow and 3-2 in Budapest.

Unfortunately, there was no reward for the Greek-Australian or the Parkhead men as they dropped into tomorrow’s draw for the European Conference League.

Teams with fewer points than nine – notably Giovanni van Bronckhorst’s club across Glasgow – made it to the Europa League knock-out stages.

Postecoglou, preparing for the Premiership visit of Motherwell this afternoon, said: “I think we’ve made progress as the games have gone on.

PICK IT OUT…Kyogo Furuhashi flashes in the first against Ferencvaros in October.

“The pleasing thing for me is that we made a decision to tackle these games a certain way, irrespective of the opponents.

“My view was let’s go out there and test ourselves against the very best and if we fall short at least we know the areas we need to improve.”

The former Australia international gaffer, speaking to the Sunday Mail, added: “We’ve done that every game, we have scored goals, created chances against the very best and defensively we have slowly improved.

“That has been the ultimate measure for us and while we are disappointed not to go through, to win three games in a difficult group and score goals means we have made progress.”