The first encounter was in the English third tier when the stylish 21-year-old rifled in a 28th-minute effort for the only goal of the match to give MK Dons victory over AFC Wimbledon.

An attendance of something in the region of 7,500 witnessed the spectacle in Milton Keynes.

On Wednesday, O’Riley, one of five Hoops recruits during the January transfer window, performed for Celtic against their Glasgow neighbours as Ange Postecoglou’s unstoppable outfit swept to a devastating 3-0 victory.

A crowd of 60,000 took in the action at a vibrating Parkhead as the stadium rocked to its foundations.

ON THE MOVE…Matt O’Riley has hit the ground running in his Celtic career.

O’Riley made his debut the previous midweek when he had a memorable baptism in the 2-1 victory over Hearts at Tynecastle and he continued his excellent form in his first match in the east end of Glasgow in the 1-0 win over Dundee United a week ago today.

Once again, the energetic playmaker displayed the qualities that emphasised he had settled into his vastly different surroundings.

O’Riley said: “I think once you play in enough games, you do get used to it. Even before the Dundee United game I was pretty shell-shocked just by the number of people in the stadium.

“Being able to play that game before the Rangers game probably helped me in terms of my own head space. I am someone who likes playing in front of a big crowd. It’s what I thrive on.

“In that sense, I didn’t find it difficult.”

O’Riley continued: “I said before I left my previous club that I didn’t want to go somewhere where the style would potentially jeopardise the way I like to play. It was made clear that it would be the right style for me here when I spoke to the gaffer on the phone. He made it clear I would fit in well here. Hopefully, that’s shown in the first few games.

“I really enjoy playing football this way. It’s how football should be played in my head. It’s nice to be a part of.” 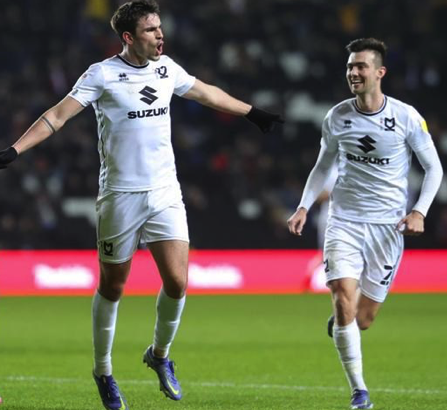 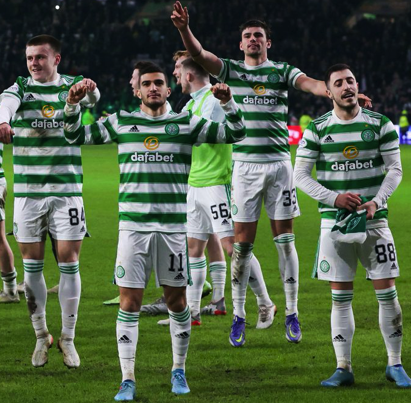 HOOP HOOP HOORAY…Matt O’Riley is up in arms as Celtic applaud the celebrating fans in the 60,000 crowd following the 3-0 midweek victory. Ben Doak, Liel Abada and Josip Juranovic are among those joining in.

The former England youth international admitted it wasn’t often that he was stopped for a photograph in the streets of Milton Keynes.

O’Riley, speaking to The Scotsman, added: “When you want to go out for a walk in the city then you realise how passionate the fans are here.

“It’s hard to walk around without getting stopped and asked for a photo which is honestly pretty amazing.

“It shows how passionate everyone is here about the club and football in general. In that sense it’s been really enjoyable. I understand now what it’s like to represent a club like Celtic.

“It’s definitely been a change for me. It’s not something I’m used to, but I’m trying to get used to it. I’m enjoying the change of lifestyle and the change of how I’m perceived in the football world.

“You get a bit more recognition naturally when you are at a bigger club. In that sense, I’ve had more publicity and attention from the media etc.

“When you can show your ability on a bigger stage you obviously get more credit for it.”

O’Riley’s form has been so impressive in his three outings that Tom Rogic, who has returned following international duty with Australia, may have to be satisfied with a place on the substitutes’ bench against Motherwell at Fir Park for tomorrow’s 1.30pm kick-off.