Celtic Quick News on News Now
You are at:Home»Latest News»PICTURE THIS: JOTA THE JESTER
By CQN Magazine on 21st March 2022 Latest News

THERE was a lot of joy in Paradise at the weekend as Celtic maintained their determined pursuit of the Premiership crown with a one-sided 4-0 triumph over Ross County.

In the midst of the celebrations, there was a moment most of the supporters missed – Filipe Jota kicking out at team-mate Josip Juranovic. In jest, we hasten to add. And the Celtic TV cameras caught the moment perfectly.

The Portuguese winger had set up the early opening goal for Greek striker Giorgos Giakoumakis with a perfectly-flighted cross to the back post. The attack-leader rose majestically to thump a powerful close-range header past the stranded Ross Laidlaw on the frontman’s way to a second hat-trick at Parkhead in three league outings.

The striker was joined in his revelry by his colleagues – including Jota and Juranovic who decided to have their own personal impromptu party. 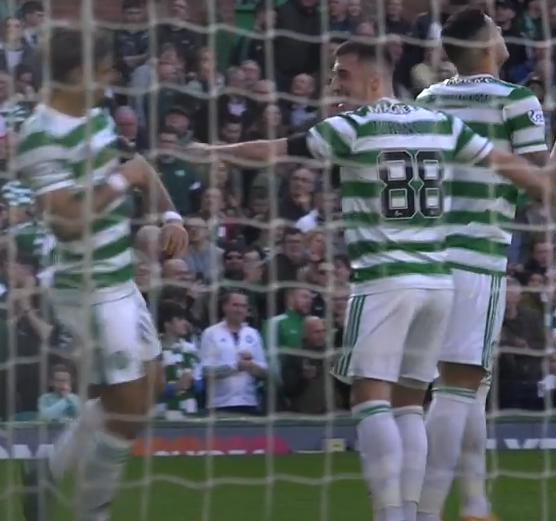 GAME FOR A LAUGH…Josip Juranovic and Filipe Jota in a playful mood after Giorgos Giakoumakis’ opening goal against Ross County. 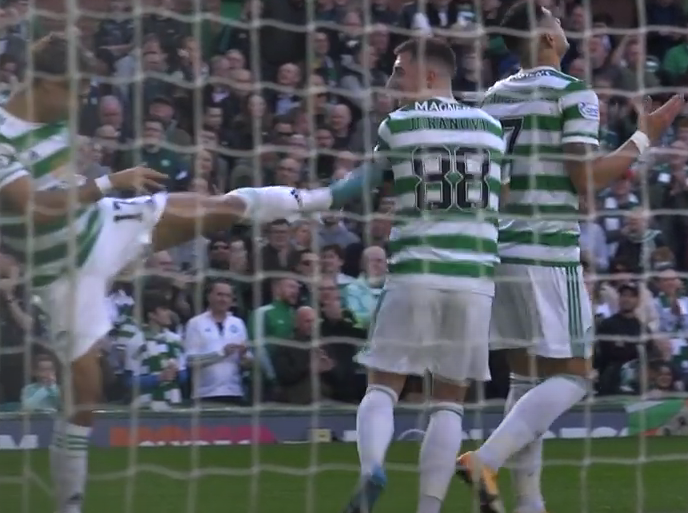 JUST FOR KICKS…Filipe Jota “lashes out” at his team-mate with goalscorer Giakoumakis competely oblivious to what is going on behind his back.

Words were exhanged in a friendly manner which resulted in the Portuguese ace playfully kicking out at the Croatian international right-back.

Thankfully, no lasting damage was done and the defender saw out the next 51 minutes before being replaced by Anthony Ralston.

CQN would like to point out that the substitution was not a consequence of his coming together with his colleague and he should be okay for Croatia’s upcoming friendlies against Slovenia and Bulgaria.

We can also only hope both Jota and Juranovic continue their fairly bizzare celebratory routine at Ibrox on Sunday April 3.