Celtic Quick News on News Now
You are at:Home»Football Matters»POLL: WHO DO YOU THINK WILL BE THE NEXT MANAGER OF CELTIC?
By CQN Magazine on 20th April 2016 Football Matters

CELTIC are in the market for a new manager for next season and the bookies have a huge list of potential candidates, with the early front runners being former Celtic boss Neil Lennon and former Celtic full-back David Moyes.

Roy Keane almost got the job last time around and he could be in with a good shout this time and there has been rumours about Northern Ireland manager Michael O’Neill being the next manager for a few months now. 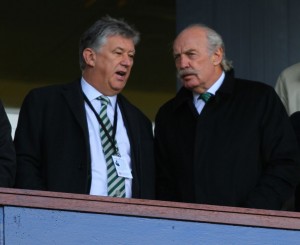 An emotional appointments would be Celtic legend Henrik Larsson or the return of Martin O’Neill although maybe the man who MON pipped to the job in 2000, Guus Hiddink could be worth a shilling at very high odds.

Who knows which of these guys, or the others quoted at the bookies will get the job. We thought we’d ask you to vote on who you think the next manager will be.

We’re not asking who you would like to be appointed, but who do you think will be appointed, knowing what you know about the club.

The Poll is open for two days.