ANGE POSTECOGLOU admits he was proud of his Celtic players despite blowing a two-goal lead and toppling to a 4-3 defeat against Real Betis in Seville last night.

The Hoops had the opportunity of getting off to a perfect start in their Europa League Group G bid, but allowed their opponents back into the contest before the interval and were trailing 4-2 shortly after the turnaround.

But Postecoglou remained upbeat at the conclusion – and warned the team will get even strongers when crocked stars such as captain Callum McGregor, striker Kyogo Furuhashi, Scotland international duo Greg Taylor and James Forrest, among others, get back to full fitness plus in-form Israeli teenage winger Liel Abada who missed the tie because of religious beliefs. 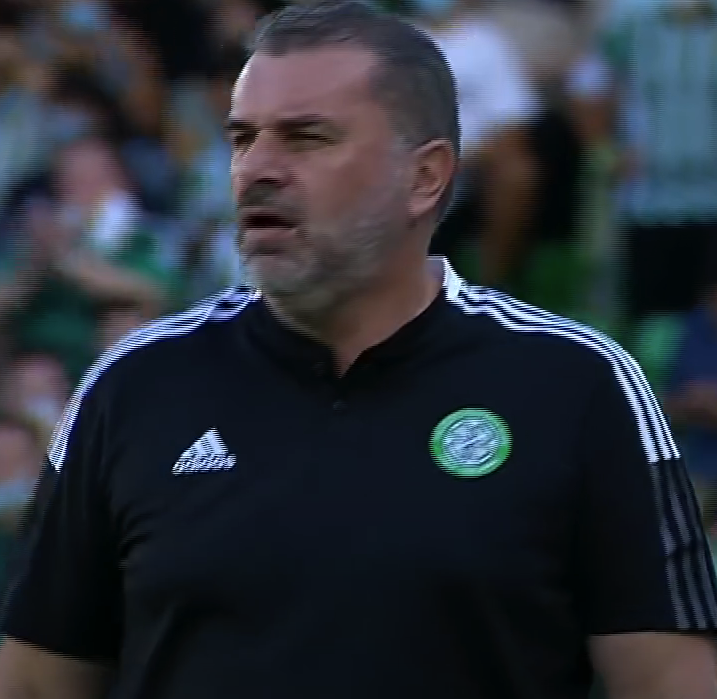 The Parkhead gaffer said: “I’m disappointed we didn’t win and I’m disappointed the players didn’t get their rewards, but it doesn’t deter my bullishness about where we’re heading.

“We’re just going to get stronger, there’s no doubt about that. Tonight, that’s our baseline against a very good opponent.

“We’ll get some players back who are going to help us absolutely, particularly to settle the team down a bit. We’ll be stronger.

“Hopefully, over the next week to 10 days we’ll have three or four back.”

Postecoglou continued: “I’ve got mixed emotions. I’m really proud of the team and the football we played

“The opposition are a very good team, we’re away from home and the football was good, but they obviously have some quality and there were periods of the game where they got momentum and some big goals.

“On the other side of that, we had other opportunities to go further ahead, so it’s disappointing that the players didn’t get the rewards for the efforts they showed. 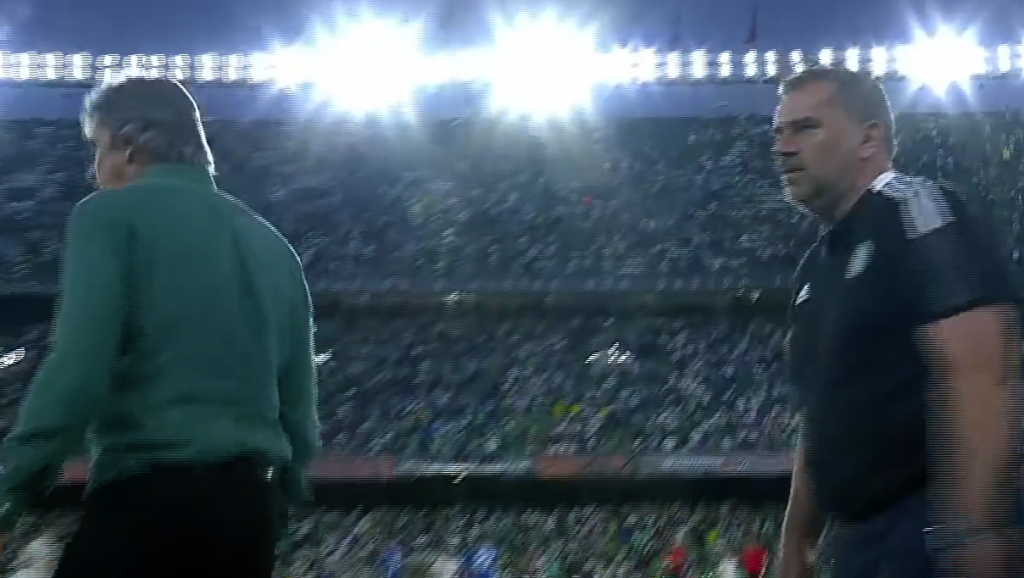 “I was really proud of the football we played and the efforts the players put in. We showed some resilience to show that irrespective of circumstances, we will be a certain kind of football team.

“I think so. You come to these games to measure yourself. You can come here and shy away from the fight, try to get a 0-0 draw and you don’t really know how far away you are from beating quality opposition.

“We wanted to take the game to a good team and I don’t think there was much between the sides.

“Don’t discount the quality of the opposition. They got into our box, we tried to keep them out, but they were always a threat.

“Tony Ralston has been outstanding, but he’s missed a few games. It was Cameron Carter-Vickers’ second game, Carl Starfelt has just come in, it’s Josip Juranovic’s third or fourth game. It’s going to take time for us to get that understanding in a defensive sense.

“I see in them a desire to get better and improve and that’s the most important thing.” 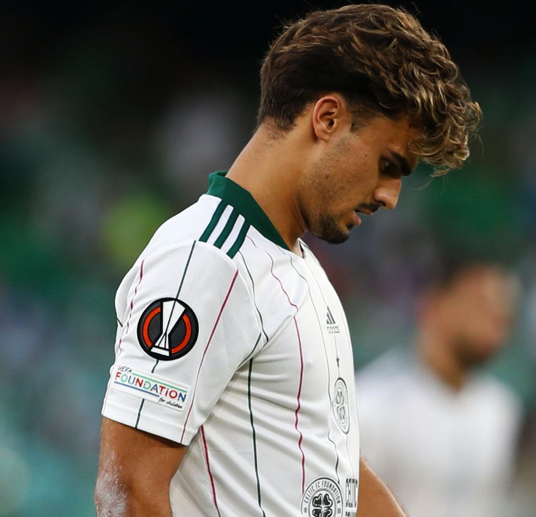 BHOY WONDER…Filipe Jota was a stand-out Celt in Spain.

One Celt who took the eye against the Spanish outfit was on-loan Benfica winger Filipe Jota who switched from left to right to make up for the loss of Abada.

Postecoglou, speaking to the Daily Record, added: “It’s still a team that’s learning to play together. We’re throwing players in, but I thought Jota was outstanding.

“He posed a threat all night. He worked really hard, he’s starting to understand our football.

“He worked awfully hard, he’s a young player – and he’s not the only one.

“That’s why I believe that we’ll get stronger and the team will get better.”

Next up for Celtic is the Premiership encounter against Livingston in West Lothian on Sunday where there could be the opportunity for new Greek striker Georgios Giakoumakis to make his debut for at least part of the game.

Bayer Leverkusen, who overcame the loss of an eighth-minute goal from Ferencvaros at home to win 2-1, provide the Europa League opposition in Glasgow at the end of the month where a win for Postecoglou’s side is absolutely vital.