CELTIC hero John Hartson has revealed a sensational move by Rangers to lure him to Ibrox.

Martin O’Neill paid £6million to sign the Welsh international striker from Coventry City in the summer of 2001 – a year after a switch to Ibrox had fallen through.

Hartson, ten at Wimbledon, was poised to join Dick Advocaat’s side on the same day as Dutch icon Ronald De Boer, but an issue flagged up in his medical scuppered the deal.

However, O’Neill was determined to get his man and gave the green light to the switch to team up the burly frontman with Henrik Larsson and Chris Sutton in a potent strike force.

Hartson responded by scoring more than 100 goals in a seven-year spell, lifting six trophies and his unforgettable goal against Liverpool at Anfield helped the club to the 2003 UEFA Cup Final in Seville.

Gordon Strachan sold him to West Brom in a cut-price £500,000 deal in 2006 and he retired from playing two years later. 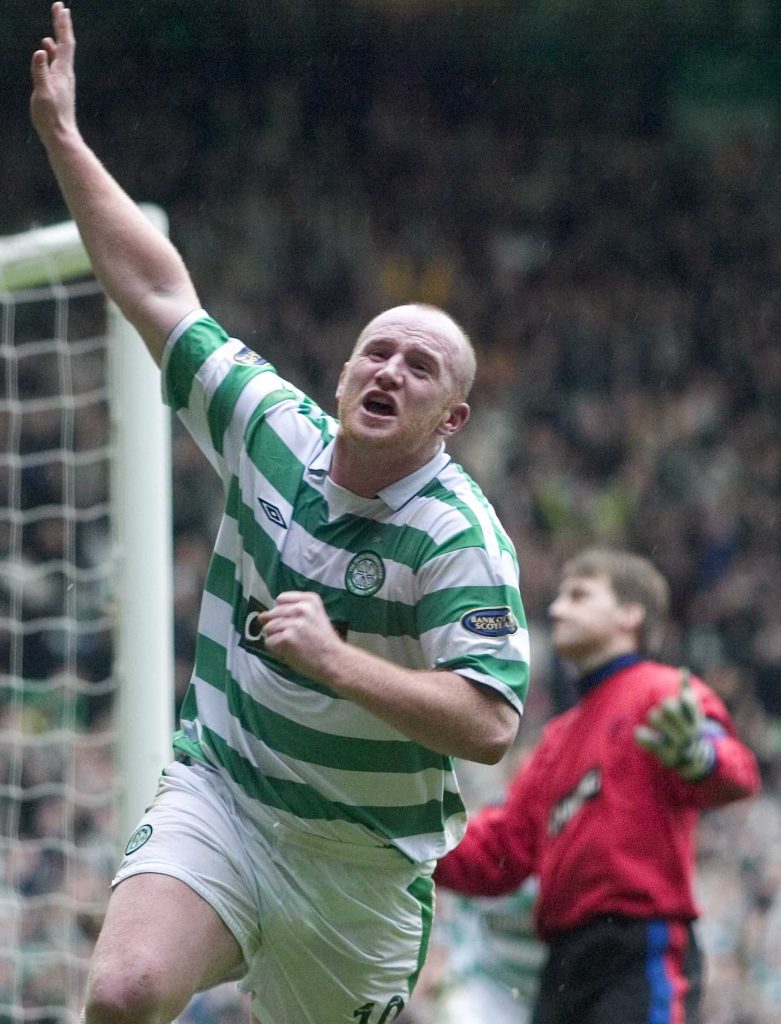 HAPPY DAYS…John Hartson salutes the Celtic faithful after a goal against the Ibrox men with keeper Stefan Klos bemused.

However, his career could have taken a dramatic twist if he had decided to do the unthinkable and cross Glasgow’s Great Divide.

Hartson, speaking to Go Radio, admitted: “It was a reporter that mentioned his name to me, he said expect a call from Mr Murray, he’s sought your number out

“[Murray] said: ‘Look I’d like to bring you back up to Rangers. We know we made a mistake, we should’ve signed you’.

“I said ‘look with all due respect, thank you very much,’ but there was no way, it was never happening. The conversation was a bit of a waste of time, really.

“His actual words were: ‘I’m going to stick you in the safe house for the first Old Firm game.’

“But that’s no way to live, it’s not the way I want to live, anyway.

“I said: ‘Look, one: I would have never been fully accepted by the Rangers fans and, secondly, just thrown all my 110 goals for Celtic down the river’.”