Celtic Quick News on News Now
You are at:Home»Football Matters»ROBERTS’ SURPRISE INSPIRATION
By CQN Magazine on 26th February 2016 Football Matters
NEW Bhoy Patrick Roberts has revealed his inspiration…HARRY POTTER!
The teenage winger, who has just agreed an 18-month loan deal with Celtic from Manchester City, admitted he is a massive fan of JK Rowling’s fictional character. 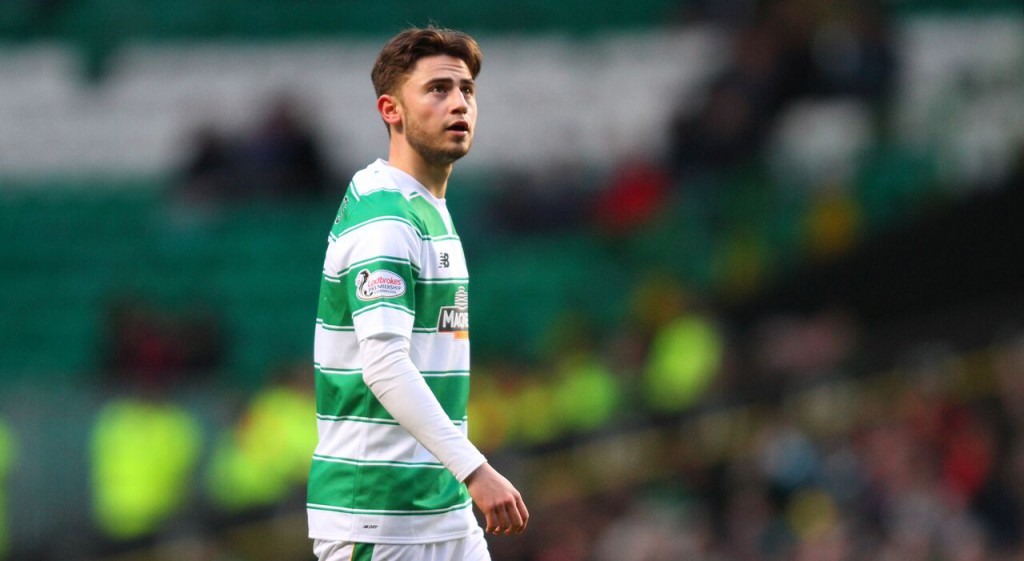 Asked about his favourite film by Celtic TV, Roberts replied: “It would probably be Harry Potter.
“I’ve just started to watch them all over again because they’ve been on Sky recently.
“It just amazes me how he goes from a little boy to a man. I enjoy those films very much.

“I’m going straight home to watch that now. I’m being serious, as well.”

Roberts asked for the interview to be wrapped up quickly because he was going home to view Harry Potter and the Goblet of Fire!

The 19-year-old right-sided performer, who cost City £12million when he joined from Fulham last year, made his first appearance for the Hoops as a late substitute in the 3-0 win over Inverness Caley Thistle at the weekend.
Hoops fans are hoping to see him in action again tonight when Ronny Deila’s men take on Hamilton Accies at New Douglas Park.
A victory for the champions this evening will open up a nine-point advantage over nearest challengers Aberdeen at the top of the Premiership as the Glasgow giants zero in on five successive titles.
———————————————–
TOTAL LARSSON DVD & WINDS OF CHANGE