Celtic Quick News on News Now
You are at:Home»Latest News»RODGERS RECKONS HE COULD RETURN – IN ‘MAYBE 10 YEARS’
By CQN Magazine on 2nd March 2019 Latest News

BRENDAN RODGERS has revealed he would like to manage Celtic again –  in about TEN years’ time!

The Irishman enraged the Hoops support with his sudden departure on Tuesday to take over mid-table Leicester City.

Parkhead followers couldn’t believe Rodgers had walked away with the club on the cusp of an unprecedented treble treble.

There was also the fact there was a crucial Premiership confrontation against Hearts at Tynecastle 24 hours after his walk-out to take into consideration with the team leading the table by eight points with only 11 games to be played.

Former gaffer Neil Lennon answered the club’s SOS and was in the dug-out in Edinburgh to guide the team to three points with the assistance of a stoppage-time winner from substitute Odsonne Edouard.

Rodgers, 46, did not watch the live televised game. Instead, he took in his new team’s Under-18 match which was played at the same time. 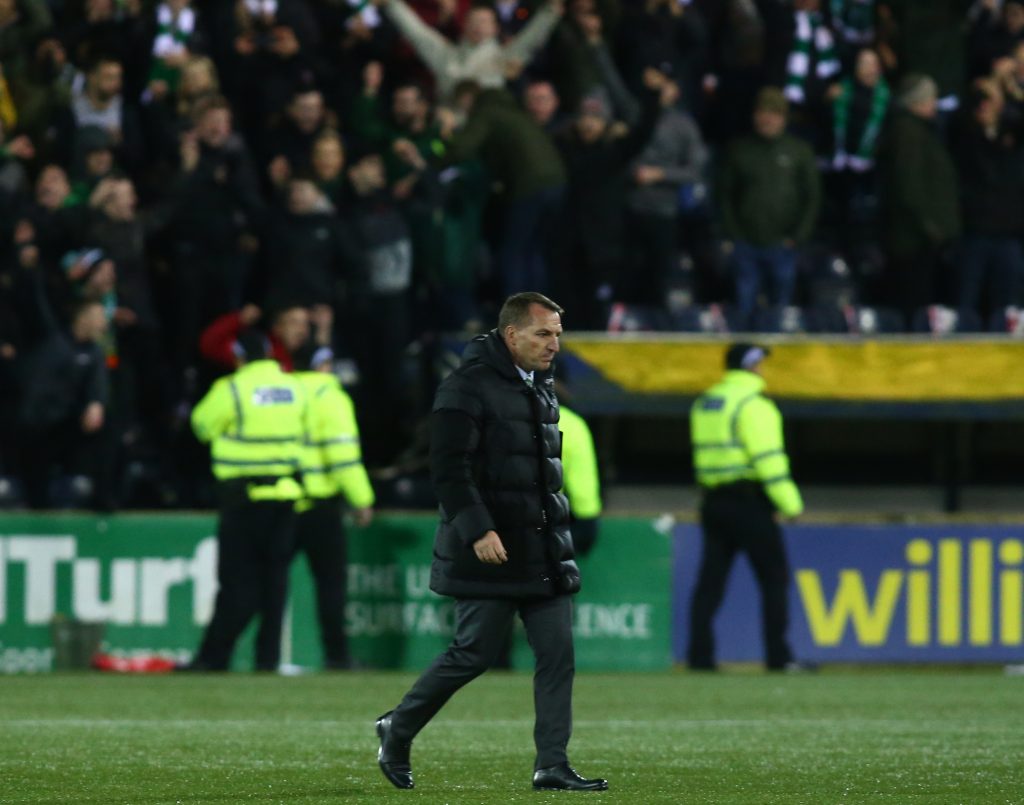 A MAN ALONE…Brendan Rodgers walks off the pitch at the end of the 1-0 win over Kilmarnock last month.

But he revealed he would some day wish to return to the team he insists he has supported all his life.

Asked how he would feel if he was never to be welcomed back to Parkhead, he told the Evening Times:“I would be hugely, hugely disappointed if I never could.

“I would be incredibly disappointed if I never could after everything that I’ve given. If that was the case, then.

“Would I work in Scotland again? Of course I would. I loved every single second of being there. When it calms down in maybe 10 years I could maybe go back to Celtic.”

Rodgers revealed that he had asked to remain in Glasgow until the end of the 2018/19 campaign and stressed that it was Leicester, who paid £6 million compensation to buy out his contract, who had insisted he move now.

He added: “It was never the case. I had a frank and amicable talk here. It just wasn’t something that they wanted to do. That will be verified by Peter (Lawwell) who spoke to Leicester. Speak to Peter. Peter will tell you categorically Leicester said that was their position.

“It is unfortunate there will be rumours, but the actual reality is when they came in Peter rang me and said: ‘Listen, Leicester have said you’re their man, they don’t want to wait until the summer’.

“He asked them, as well. So that’s when I went to speak to them. Peter will confirm that, as well. That was the conversation because he relayed that to me.

“I know the truth. If there’s a narrative around something else I can’t control that. Like I say, Leicester made the approach to the club and were very clear, they were prepared to pay big compensation to take me out, I was their candidate. 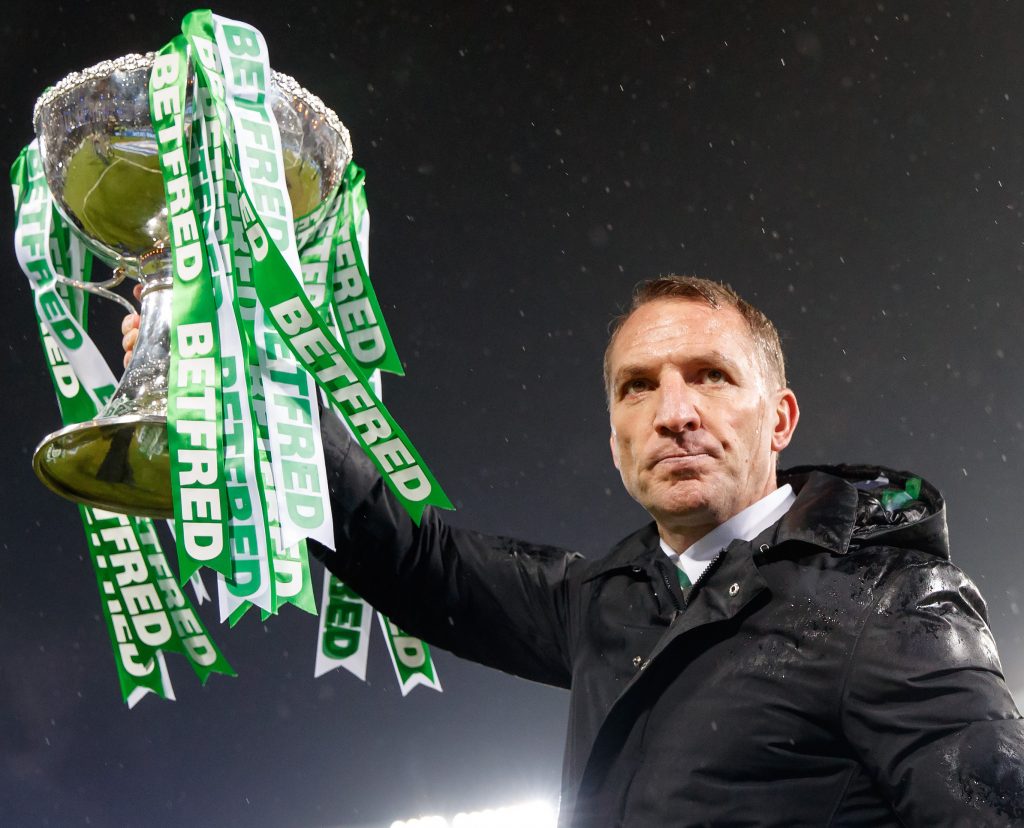 THE LAST TROPHY…Brendan Rodgers holds aloft the League Cup following the 1-0 win over Aberdeen in December.

”That was something I asked. Could it wait until the summer? But they felt it couldn’t. So, I then have to make a decision.

“There was no way I was wanting to do what I did, with 11 games to go, in a Cup quarter-final and having won a trophy. Everybody could see my passion in my last home game against Motherwell.

“But very quickly that night, there was an approach and I had to deal with it. You have a choice to make then, but waiting until the summer was one of the things I’d asked.

“It was beyond what Leicester wanted to do and you can understand their position. There were 10 or 11 games to go and they have top players here, who were unsure of where the club is going.

“They need to make a statement, show ambition and maybe look to keep some of the players.

“I know we succeeded at Celtic. And, ultimately, that’s the measure I look at. Hopefully, that is what I’ll be remembered for. Time will be a healer.”