BRENDAN RODGERS believes clinching a Europa League spot will be a marker from his Celtic players.

The 2-1 loss to Bayern Munich on Tuesday ended hopes of making the last 16 of the Champions League.

But the Hoops remain in pole position for a place in the knock-out stages of the second-tier competition.

With two Group B games to go, Rodgers’ men lead Anderlecht by three points with a match coming up against Paris Saint-Germain in the French capital at the end of this month followed by a visit from the Belgians on December 5.

Rodgers said: “If we can close this competition out and over the last couple of games get into Europe it’s a great sign for us.

“We want to win. That’s what we want to do in the competition. There are two games to go and we want to be finishing up in Europe after Christmas. 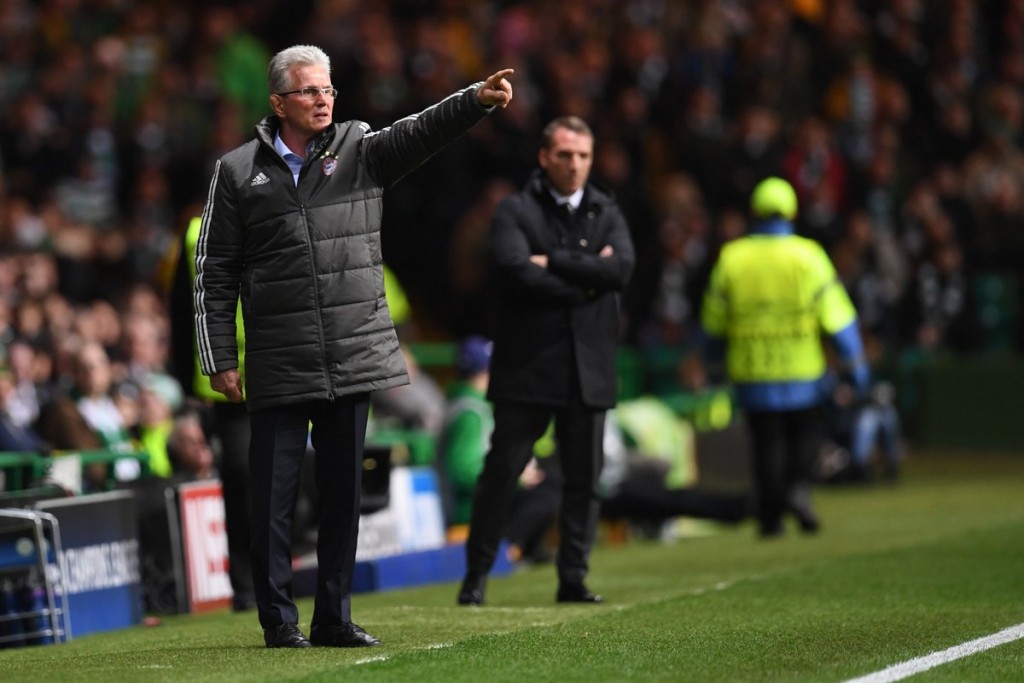 “If we do that, it’s a great symbol of the work the players are putting into it.”

Rodgers is sure the team are on the right track and added: “What the players earned against Bayern was respect.

“That was what Arjen Robben and young Thiago were saying afterwards. They were outstanding, that’s what they were saying.

“So for our players to play with that quality makes me proud. It’s a nice pat on the back for them.

“We see it as a process and we want to get better and better.

“We are disappointed we lost, especially after working so hard to come back and get the equaliser, but Bayern knew they were in a game.”