TOM ROGIC hailed his wonder strike for Celtic – and then turned his attention to the World Cup.

The Australian midfielder rates his stunning last-gasp winning goal against Kilmarnock as the best of his career.

Rogic has now moved his talents from Ayrshire to Adelaide as his nation take on Tajikistan tomorrow night before facing Jordan in Sydney on Tuesday.

Reflecting on the goal that gave the Hoops a four-point lead over Aberdeeen, the 23-year-old said: “I don’t think I’ve scored better.

“I knew before I got the ball that if I could turn I would have a bit of space and I wanted to try and shoot. 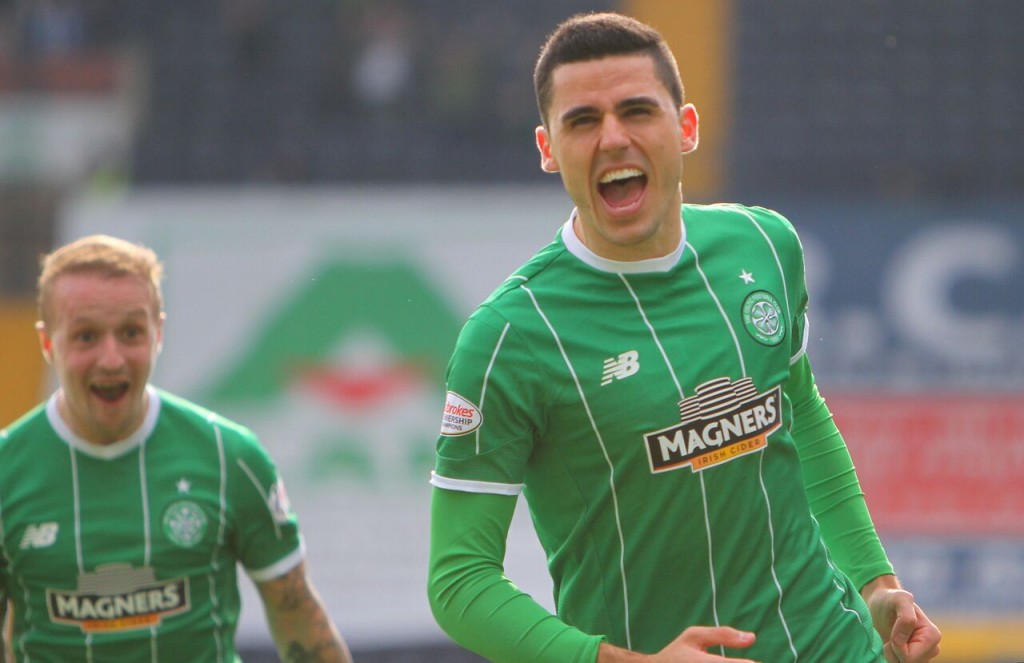 “I don’t think I realised at the exact moment how far out I was. It all happened very quickly. It was a massive moment and one I won’t forget.”

Rogic’s to fitness and form has given a boost to Socceroos coach Ange Postecoglou. He said: “Tom has been a massive bonus for us.

“He’s had a really strong season at Celtic, he has scored a cracker at the weekend, there is no doubt Tommy is someone who I think can really add to the group.

“When I’m facing two games in a window, I have got three or four guys and can literally pick any one of them knowing that we’re going to have a really strong team out there.”

Rogic arrived in Adelaide on Monday and said: “The game was an early kick-off in Scotland on Saturday so it gave me a bit more time to get to Australia.

“I’ve played over 30 games this season so I’m not concerned about my fitness.

“Things have gone well in this campaign, so I’m feeling confident and I’m feeling good for the matches coming up.”

He has another year to run on his contract and has started negotiations to extend his stay with the champions.

The player added: “We’re still speaking and I’m enjoying my time there.

“Hopefully, we can agree to something sooner rather than later because I’m happy there.”

Once his international commitments are over, Rogic will return to Celtic trying to win the league and Cup double with Ronny Deila’s side.

He added: “We have the Scottish Cup to play for, we’re in the semi-finals of that, and we’re sitting on top of the league and there’s not long left in the season.

“If we can perform well, we will give ourselves a chance of winning some trophies.

“That’s what the club’s known for and what every player wants to do.”