SCOTT BROWN insists he woukd face being BANNED if he challenged Jeremie Frimpong in the manner of Alan Power in Celtic’s 3-1 win over Kilmarnock at Rugby Park last night.

The Dutch right-back was stretchered off late on following a scything tackle by the Killie midfielder that didn’t warrant a card from referee Don Robertson.

However, the Hoops skipper is adamant it would have been a different story if he had made that sort of ferocious bid for the ball that saw Frimpong flattened and then receive treatment for over six minutes before having to be assisted off the field. 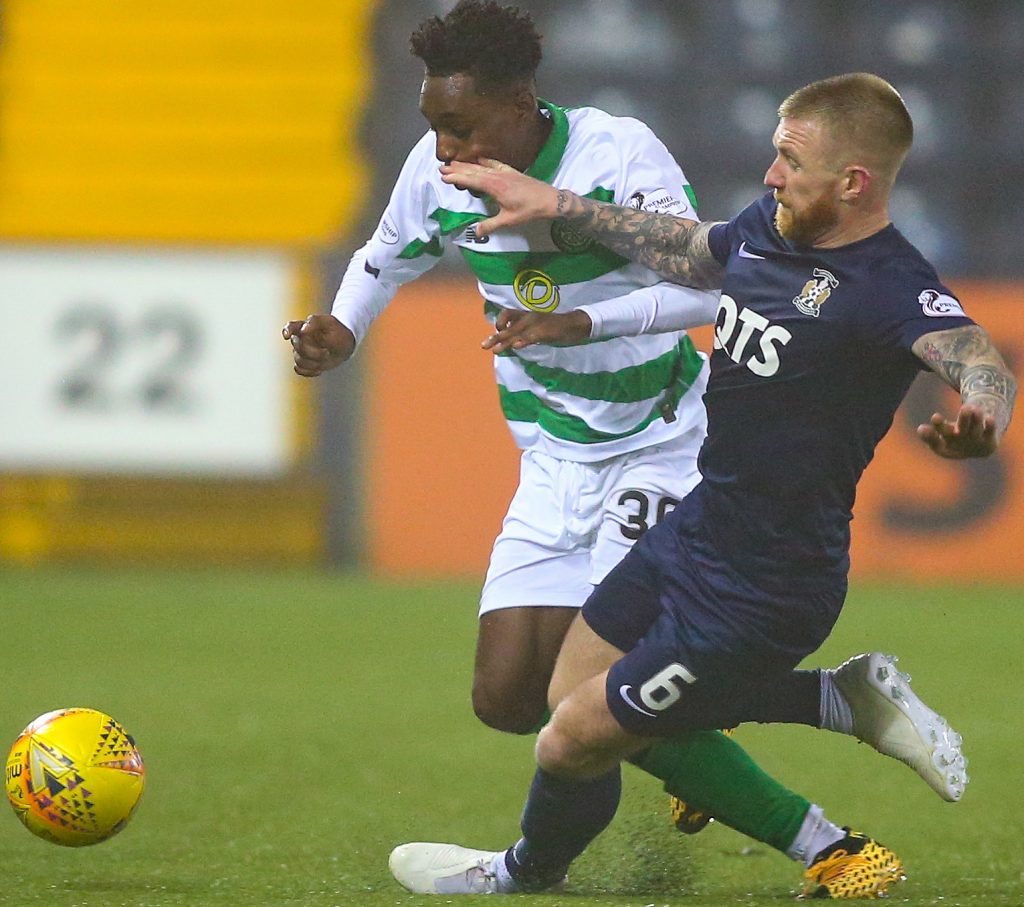 OUCH…Jeremie Frimpong is caught by Alan Power in a ferocious challenge.

The youngster had words with Power as he was carried off and was clearly unhappy at the pace at which his opponent came in to win the ball.

Brown, speaking to Sky Sports News, said: “I think if I’d done that tackle, it would become reckless, everyone would have surrounded the ref and stuff like that.

“We’ve seen it back and both feet are off the ground. If I’m in that situation, there would be a lot of people, a lot of punters, a lot of fans putting pressure on me to get a suspension and to get sent off.

“I think it’s the levels (of refereeing) we want maintained so that the same thing happens in every single game.”

Frimpong is now doubtful for Saturday’s Premiership visit of Ross County with Austrian international Moritz Bauer standing by for a start.