The Parkhead hierarchy have been inundated by fans complaining about the former Scotland international’s remarks concerning the player in the coverage of the champions’ 3-1 win over Kilmarnock at Rugby Park in midweek.

Griffiths scored his second goal in his second return match and the pointed to the former Ibrox and Killie forward in the TV gantry.

Boyd had already made some stinging observations of the 29-year-old Hoops star and followed up that criticism with another verbal volley on Wednesday night.

THE CALM BEFORE THE STORM…Leigh Griffiths in the warm-up at Rugby Park.

He questioned the hitman’s professionalism and claimed Griffiths had only made 34 appearances in 135 league games because he wasn’t cutting it in training.

The club’s supporters reacted angrily as the player’s game time had been limited after spending almost a year out due to personal issues – including a battle with depression.

They also questioned the figures used by Boyd as Griffiths had been involved in 71 matches during that time.

The media pundit runs his own mental health charity – The Kris Boyd Charity – which was set up in the wake of his brother Scott tragically taking his own life in 2016.

After the match at Rugby Park, Boyd said: “When Brendan Rodgers came to the club in 2016, we had heard the professionalism, the standards, the training levels went through the roof.

“It doesn’t seem to me that Leigh Griffiths has been able to pull his weight along with that and the stats back it up in terms of games.

“I’m doing him a favour here because I’ll only include league games. There’s been 135 league games played, Leigh Griffiths has played 34 of them.

“That suggest to me that you’re not doing it on the training field.”

Boyd also hit out at Griffiths for appearing to throw sock tape in to the Killie crowd when he was substituted. 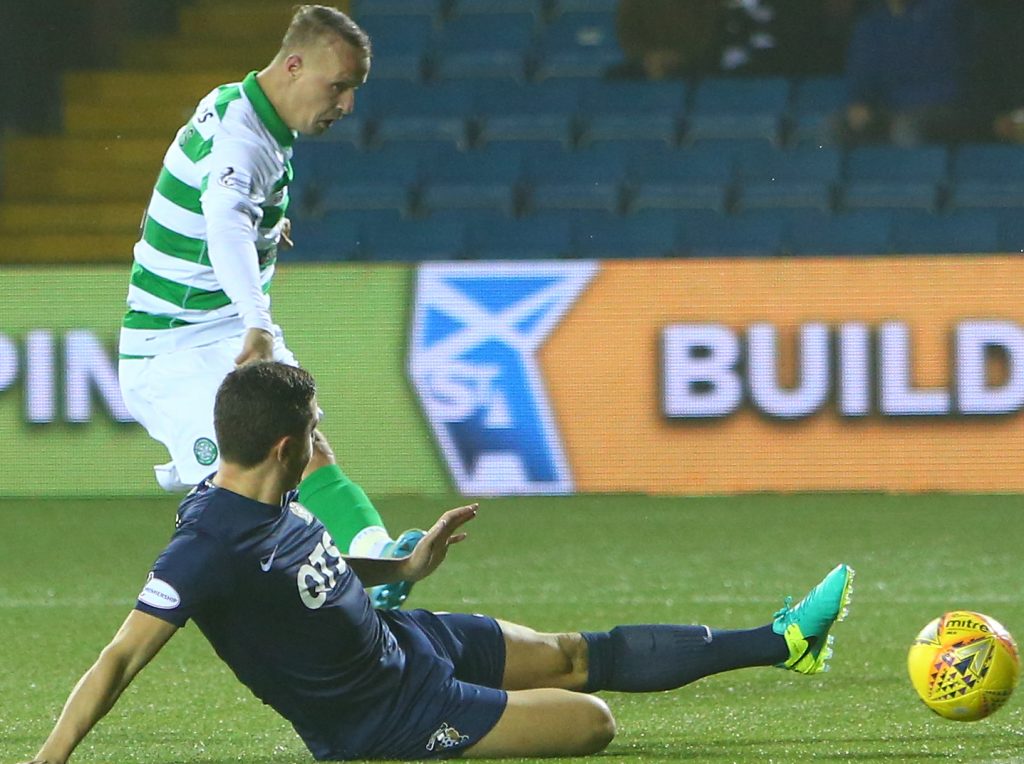 ON TARGET…Leigh Griffiths slides the ball beyond Killie defender Alex Bruce as he claims the Hoops’ second goal.

Celtic, according to a report in the Daily Record, are distinctly unhappy with the former international also questioning the striker’s mental strength.

The Sky Sports man added: “You can’t throw stuff into the crowd, you can’t do it. For months and months we’ve spoken about fans throwing stuff at players from the stands.

“Players can’t react, you can’t do it. But that’s another side of the game that you need to work on. You need to be mentally strong enough to deal with people giving you stick.”

Neil Lennon vowed to back Griffiths, as CQN reported yesterday, and skipper Scott Brown has also came out in support of his team-mate.

The Hoops captain insisted comeback Bhoy was entitled to give Boyd some stick back.

Brown said: “I’ve had it as well and I’ve given it back. There’s a time and a place to give it. He felt that was his time and place.

“Everyone knows he’ll score goals, he just needs to make sure he’s doing it week in, week out.

“As long as he keeps doing that, he’ll silence all the critics.” 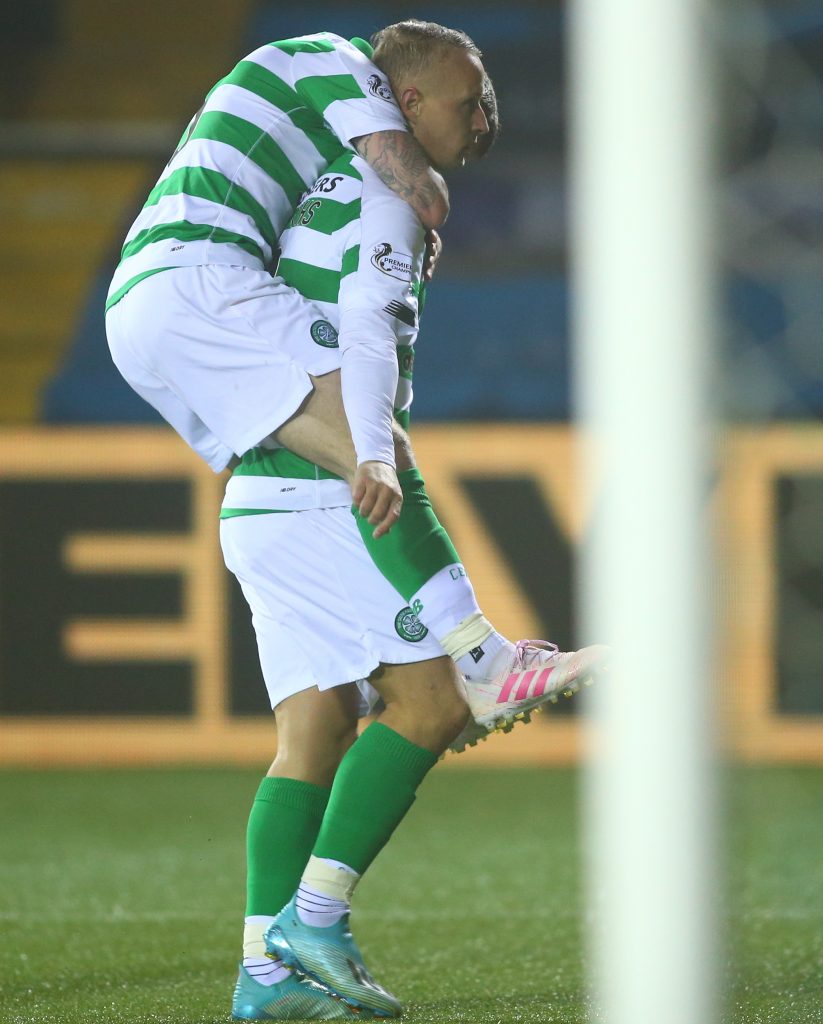 CHEERS…Jonny Hayes celebrates with the goalscorer.

Griffiths could face action from the SFA for the tape-throwing reaction, but Brown insisted it would be making a fuss over nothing.

He said: “I’ve not seen that back, but I’ve heard there’s nothing in it, to be perfectly honest.

“A lot more has happened in the last five or six weeks than that.

“I think we just need to move on and not worry too much about what’s been happening in the past and keep going to the SFA hoping they are going to do something.

“We just want it to be settled and set in stone, so we know what happens and so that there is consistency all through the season.

“We don’t know the rules any more. I’ve given up. If you get a red card you could miss games, you could play on, who knows?”