Celtic Quick News on News Now
You are at:Home»Latest News»‘SO IMPORTANT TO GET BACK INTO OUR RHYTHM,’ RODGERS
By CQN Magazine on 21st January 2018 Latest News

BRENDAN RODGERS praised the professionalism of his Celtic players in the 5-0 Scottish Cup win over Brechin City yesterday.

The holders will disover their fate in the fifth round when the draw is made after this afternoon’s Cup-tie between Hearts and Hibs at Tynecastle.

He said: “I think that you come back and you want to get into your rhythm as soon as you can.

“Brechin came with a good spirit. They have had a tough season so far, but history tells you these types of games can be difficult for you.

“We started the game well and created chances and took our goals well at good times. It was a professional performance.

“I never disrespect any opponent as there never any easy games now. I felt I could have picked whatever team and would still have a strong side, but it was important to get our rhythm back early and get a good result.

“Similar to last season when we came back and played a team from a lower division, Albion Rovers, it’s important you go and work well, and we did that. 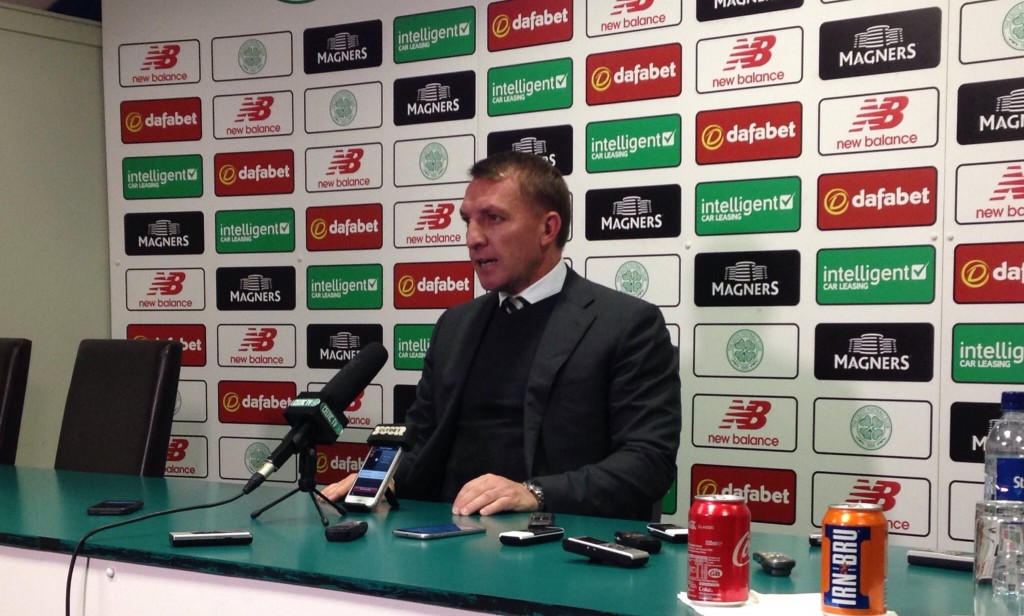 “I said to the guys that the plan was to see if we could get the job done as early as we could, as I wanted to give some oxygen to the players who hadn’t been playing so much.”

Forrest scored the opening goal inside two minuted with an opponent getting a touch of the ball!

The Hoops took the kick-off and made FORTY-EIGHT passes before the winger claimed his 13th goal of an mpressive campaign.

Sinclair added the second nine minutes later, but it took until the second-half before two quickfire strikes from the impressive Ntcham and Boyata and a late effort from Odsonne to emphasise the champions’ superiority.