LIEL ABADA struck twice within 22 minutes of the first-half to set up Celtic for a victory over rock-bottom St Johnstone at McDiarmid Park this afternoon.

The Israeli international winger looked to have had the much-changed Hoops coasting to three crucial points, but the home side were invited back into the contest in the second period following a dreadful passage of unacceptable play from Ange Postecoglou’s men.

Chris Kane took full advantage of a slack pass from Carl Starfelt to pull one back in the 69th minute, but, thankfully, the visitors managed to regain momentum and captain-for-the-day Nir Bitton rifled in the all-important third eight minutes from time. 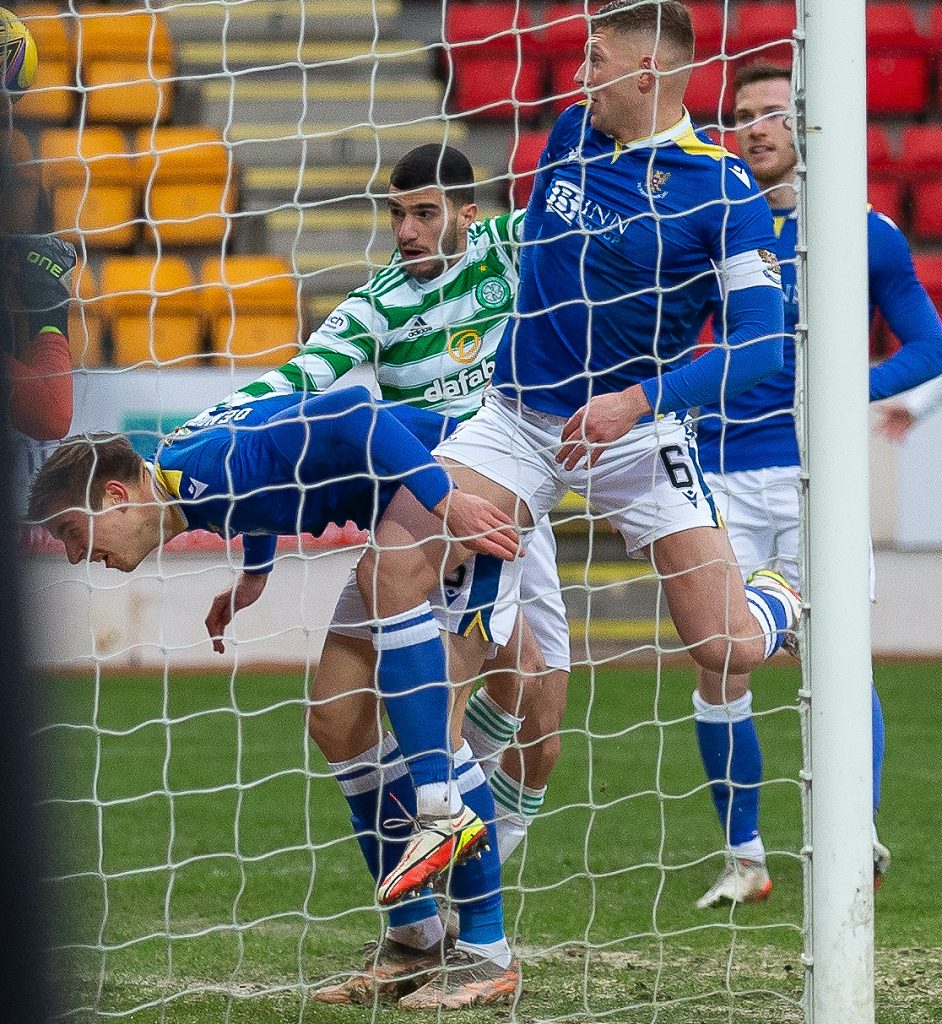 The inch-perfect strike from just inside the box knocked the stuffing out of the Perth outfit who succumbed to their eighth successive loss in the league.

There were also concerns for Postecoglou when he saw 16-goal striker Kyogo Furuhashi depart the action in the 15th minute with what looked like the recurrence of his hamstring injury.

The Japanese striker, making a return after sitting out the goalless draw against St Mirren in midweek, pulled up after chasing a long ball into the penalty area. Once again, there was the sorry sight of the frontman limping off to be replaced by 18-year-old debutant Joey Dawson.

The winter break appears to have arrived right on time for a Celtic team that looks to be on its kees after a hectic schedule at home and abroad.

The growing list of injuries and other worrying aspects has left the Greek-Australian gaffer with a clear mandate to spend in reinforcing his squad in next month’s transfer window.

The opening goal arrived in the ninth minute following a smart interception from James McCarthy to get the ball rolling. The move saw Josip Juranovic galloping free on the right and the Croatian international’s cross into the box was excellently delivered. 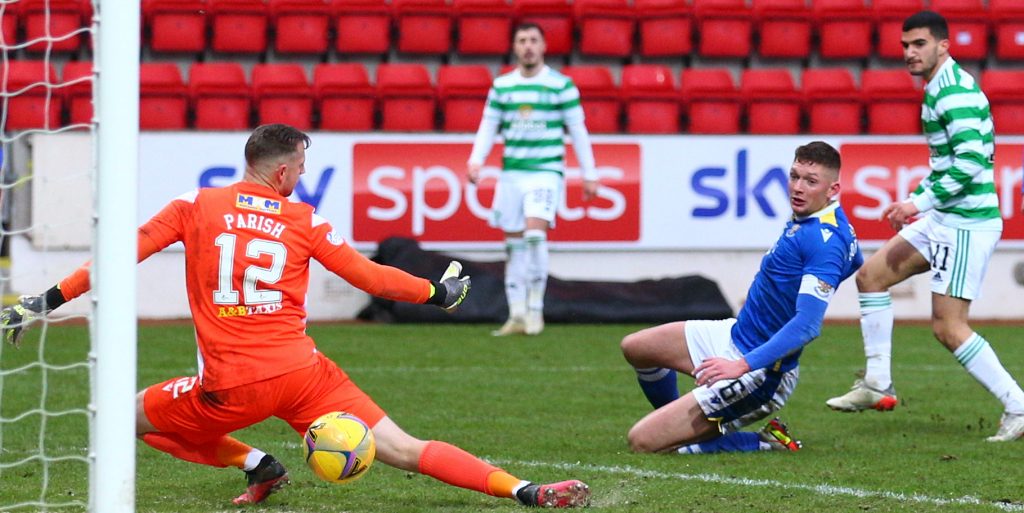 Abada raced in to thump the ball goalwards, but keeper Elliot Parish made a brilliant stop as he parried the ball into the air.

The pint-sized Celt was not to be denied, though, and, as two Saints defenders dithered on the line, he threw himself at the ball as it came down to force an effort over the line from almost under the crossbar.

In the 22nd minute, he doubled the Parkhead men’s advantage when Bitton and Tom Rogic combined to send him running clear into the box and his low angled drive swept past Parish at his right.

At this stage, Bitton and Rogic were controlling the flow from midfield with McCarthy a more than capable back up.

The Aussie, though, could do with a crash course on finishing after passing up two great chances to add to Celtic’s lead before the interval.

He missed a good opportunity in the sixth minute after some nifty footwork, but his parting shot was woeful and weak and nudged past the far post. 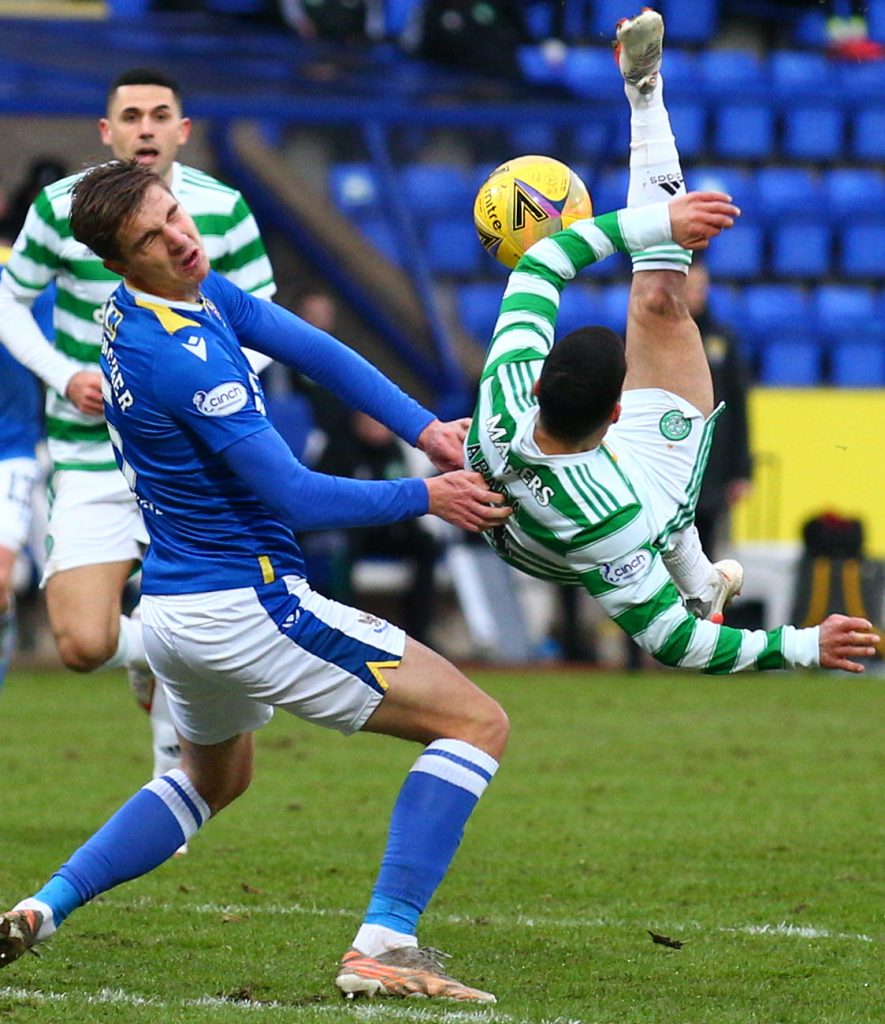 Rogic followed that up in the 21st minute after the ball had broken to him off Abada whose spectacular attempt at an overlead-kick from a Stephen Welsh pass was a tad ambitious.

The playmaker raced onto the ball on the edge of the box and blazed wildly into the empty stand behind the goal.

Abada was denied a hat-trick by Parish who made a superb diving save from a rasping drive following a neat pass from Bitton as he diverted the effort off target.

The procession continued into the second-half when Abada flashed in a vicious right-foot drive which was tipped over the bar by the alert keeper.

However, Celtic fell out of the play as they relentlessly and generously gifted possession to their opponents during an inexplicable period of play. 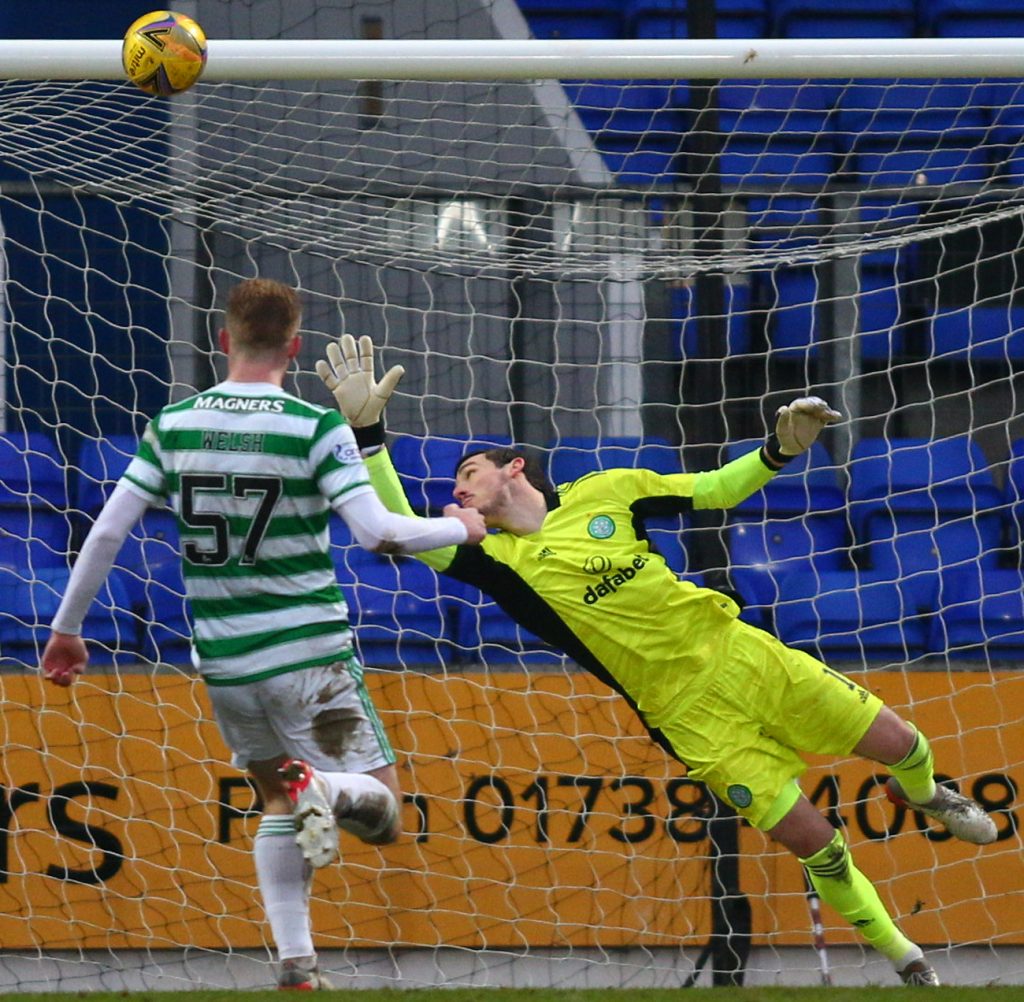 NO CHANCE…Vasilis Barkas is helpless as Chris Kane’s header soars into the net. Stephen Welsh gets a close-up view.

Vasilis Barkas, under no pressure, thumped the ball out to give the home side a shy in a dangerous position and moments later Bitton sliced a clearance to present them with a corner-kick.

Starfelt continued the sloppy play with a dreadful pass which went astray and the Saints fed the ball to Viv Solomon-Otabor who slung in a cross from the right.

Cameron Carter-Vickers was slow to react and Chris Kane got in front of him to direct a header wide of the flapping Barkas who didn’t stand a chance as the ball arced into the top corner. 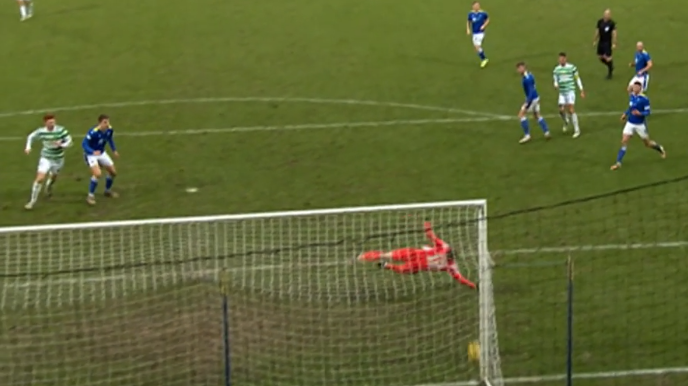 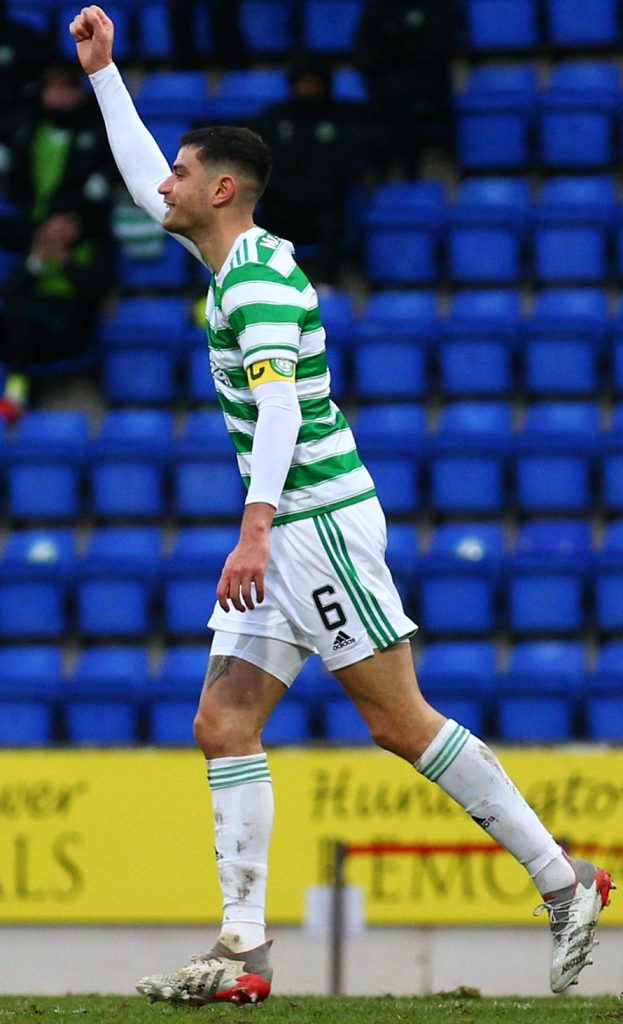 It all got a bit untidy after that as Celtic were caught on the back-foot with the Perth club offered a flicker of hope.

But the points were wrapped up in the 82nd minute when Rogic rolled a pass in front of Bitton who moved menacingly forward into the box before rifling a low right-foot shot past Parish at his right-hand post.

Eighteen-year-old Dawson was thwarted in his attempt for a debut goal when he got on the end of an Abada pass to try to angle a shot wide of the outrushing keeper.

Parish got the merest of touches to stun the shot and defender Callum Booth arrived in the nick of time to boot the ball off the line.

Adam Montgomery came on late for Liam Scales, who had put in a solid, energy-sapping shift on the left.

The eventful year of so much change for Celtic came to a halt a few minutes later.