Celtic Quick News on News Now
You are at:Home»Latest News»STARK WARNING BUT GRIFF IS ONE HEEL OF A PLAYER
By CQN Magazine on 23rd February 2017 Latest News
FORMER Scotland Under-21 boss Billy Stark has urged Celtic striker Leigh Griffiths to buck up his ideas as he prepares to get back into Brendan Rodgers’ first team plans.
The Hoops boss has suggested last season’s 40-goal man could figure in the game against Hamilton Accies at Parkhead on Saturday afternoon.
Griffiths has not featured since the end of December – or since Rodgers was publicly scathing about his lifestyle choices and the impact he believes they have had on his career.

The 26-year-old hitman was on fire in the last campaign, but ex-Celtic midfielder Stark, who gave Griffiths his first senior Scotland cap as well as bringing him to Under-19 and 21 squads, believes the player has to wise up.

He said: “I just hope for his own sake he finds his focus and gets the head back down because he is a naturally talented boy.
“Leigh needs to be big enough to take the criticism on the chin. He has had one absolutely cracking season for Celtic which should have given him an appreciation of where the hard work can take him.

“Any manager who chooses to go public with their criticism does it to try and get a response from the player – but there is another aspect, too, that Brendan will be well aware of.

“If you come out and say things in the media, then you also have to back it up.

“I don’t think Brendan would have any qualms about doing that and you just hope that the penny drops with Leigh that he doesn’t waste what could be a really great career.

“He has all the attributes of a natural striker. He has made the most of what he has got, but he needs to get to work on the training ground and fully buy into what the manager wants to do.

“Ronny Deila couldn’t have criticised Leigh the way that Brendan has because he was scoring goals and he was the only one scoring goals. 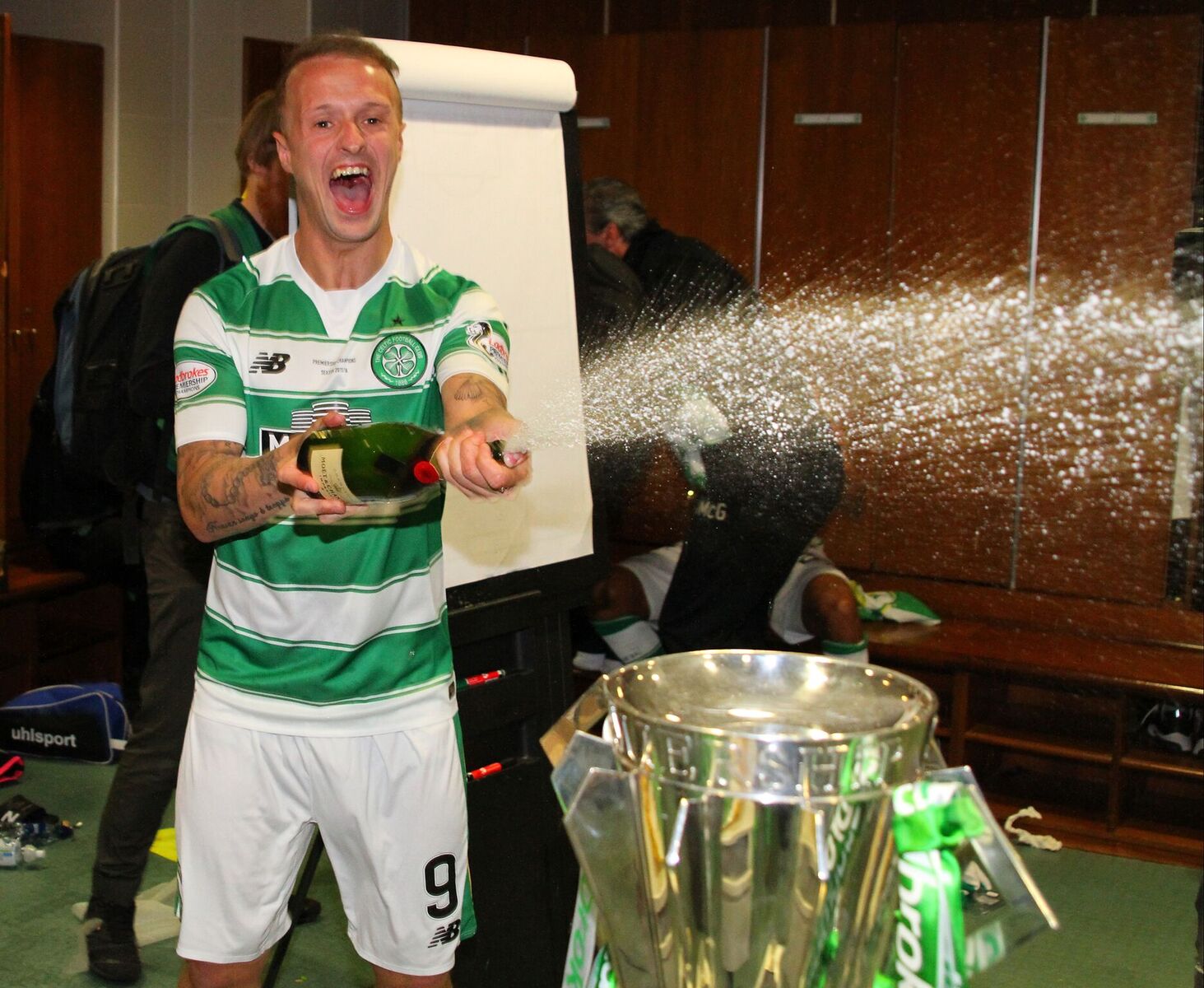 “The manager is right to try and get the best out of him – for the sake of his own career. Hopefully, he will take note.”

Of course all of the above is a reaction to what Brendan Rodgers said publicly. The manager rates Griffiths highly but there has been a series of calf injuries throughout Leigh’s career and behind the scenes Rodgers, as thorough as ever, has decided that Celtic have to get to the bottom of what is causing these injuries if we are to see the best of Leigh Griffiths.
CQN Magazine understands that Celtic believe that the cause of the striker’s problems is in one of his heels and that the club are organising a specially designed boot to ease the problem and to help prevent further injuries.
Leigh has played with this heel problem throughout his career and now that it has been identified, we can expect an even better player freed from the fetters of a restrictive condition.
Brendan Rodgers, with his attention to detail, has already established in his short time at Celtic that he makes players better. Look at Forrest, Lustig Armstrong, Brown, Gordon and others.
Just think, we have NEVER seen a fully fit Leigh Griffiths!
TWO great Celtic books for the  price of one, plus both are signed by former Celtic skipper Andy Lynch and Celtic legend Charlie Gallagher!! Offer is exclusively available at www.cqnbookstore.com, simply purchase Hoops Stars and Stripes and you will automatically receive both books! Cost is £14.99 plus p & p.