Celtic Quick News on News Now
You are at:Home»Latest News»‘STAY ON IT’: LENNY’S ORDER TO GRIFF
By CQN Magazine on 5th November 2020 Latest News

NEIL LENNON has ordered Leigh Griffiths to keep his focus at a crucial stage of the campaign.

The 30-year-old striker has started only one game this season, but still managed to get the nod from Scotland boss Steve Clarke to join the international squad for the vital Euro Play-Off Final in Serbia a week tonight.

Griffiths, who has also made four substitute appearances for the champions following a false start to the new term, has scored two goals in typical fashion – a header in the 2-0 win over St Johnstone at McDiarmid Park and a blistering shot in the 3-3 draw with Aberdeen at Pittodrie.

Lennon has now challenged the frontman to “stay on it” with a Europa League Group H match against Sparta Prague to be faced at Parkhead this evening which will be followed by another testing Premiership outing  against Motherwell at Fir Park on Sunday afternoon.

Looking at his player’s return to the international squad for the first time in two years, the Hoops gaffer, speaking to the Daily Record, said: “I’m delighted for him. Playing for Scotland means a lot to him, so it’s just another positive step in the right direction. 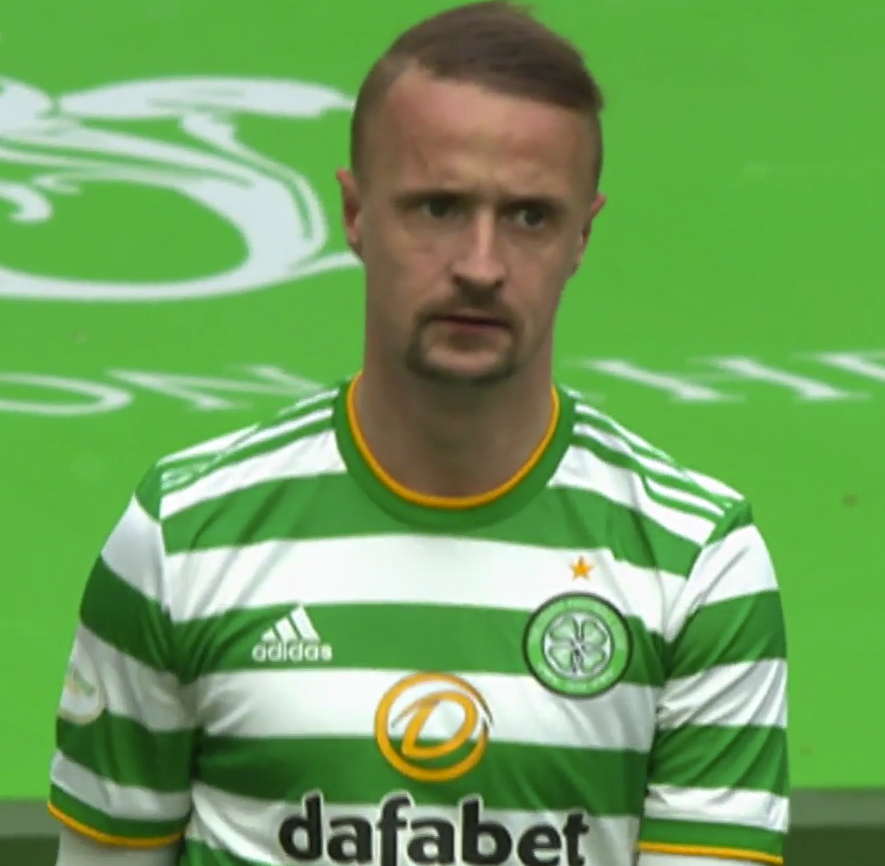 “He’s worked very, very hard and he’s continuing to work hard and he’ll be in contention for the squad against Sparta Prague.

“Leigh’s in reasonable condition now and he’s come back looking as hungry as ever.

“I’ve got a great relationship with him, as I do with the rest of the players. I’ve known him a long time and I know what he’s capable of.

“I understand him and I do know he has his ups and downs. We’ve shown a lot of patience with him and we’re getting rewarded.

“It’s down to him, he needs to stay on it. He needs to stay at that level, but he will be an asset for us as we go along, so we’re delighted for him.”

Lennon added: “I’m pleased for him on a personal level. Scotland means a lot to him.

“He’s taken a few hits along the way. I just hope he goes and enjoys himself, does well and comes back injury-free.”

* DON’T miss the unbeatable match report from Celtic v Sparta Prague this evening – only in your champion CQN.