JAMES FORREST had an evening of mixed emotions in Romania tonight.

The Celtic winger was DELIGHTED to score the crucial away goal in the 1-1 first leg draw with Cluj in the Champions League third round qualifier,

But the Scotland international was DISAPPOINTED when he was told the news his Hoops buddy Kieran Tierney was about to complete his record-breaking £25million move to Arsenal.

While Forrest was producing the goods against Dan Petrescu’s dangerous outfit, the left-back was in London for the move that will be sealed tomorrow, provided there are no hitches during his medical.

The goal hero, speaking to the Daily Record, said of his pal: “He’s come through the youths the same as me and I’m with him every day. It’s the same with the international squad, as well.

“It’s disappointing that he might be going. At the same time, you have to be delighted for him.

“He’s obviously earned himself a very big move. Everyone at the club was hoping that he would stay, but we wish him well if he does up going.

“At the end of the day, it’s gone on for two-and-a-half months. 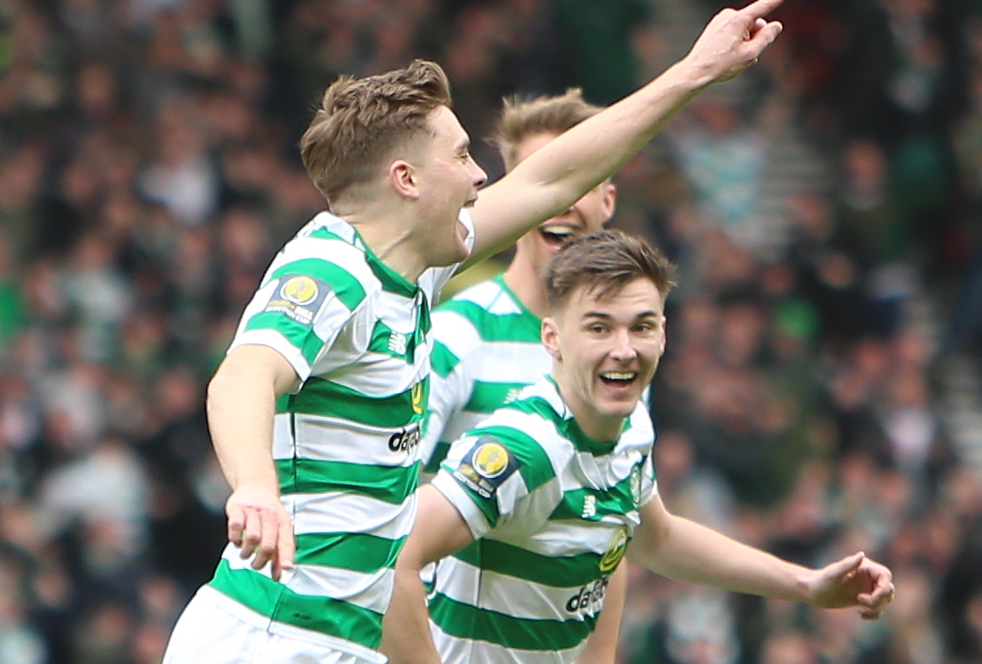 HOOPY BHOYS…James Forrest and Kieran Tierney show their delight after the winger’s opening goal against Aberdeen in the Scottish Cup semi-final in April.

“Kieran has done really well to cope with it all because it must have been unsettling for him.

“But he’s done really well at Celtic and he’s massive on the club. He’s a big character in the changing room.

“You see a lot of comparisons with myself and with KT and I’ll delighted for him if it all goes through.”

Neil Lennon also confirmed Scott Sinclair, who was missing from his 18-man squad because he, too, has attracted interest ahead of tomorrow’s 5pm deadline for Premier League and English Championship sides.

Preston and Sheffield United have been linked with the 30-year-old winger and the Hoops boss said: “A player of that quality, I’m sure there will be interest.”

Meanwhile, Forrest is hoping the eight-in-a-row champions can finish the job against Cluj in Glasgow on Tuesday before meeting Slavia Prague in the play-off.

He added: “It shows a lot of character again that we go 1-0 down and I think we were actually playing well at the time when they scored.

“We were into the game and we can look at it as a positive result. You can feel it in games when we go behind in a game there is no sense of panic.

“At half-time, the coaches said that to us that you lose a goal when you are playing well and that can be a time when you get thrown off a little bit.

“But we’ve just seemed in the past few years that we can keep playing the way we have been playing even when something goes wrong and you can see we got our goal and a few more chances and a good performance.

“It’s good when you can go on both the inside and the outside and I scored with my left. 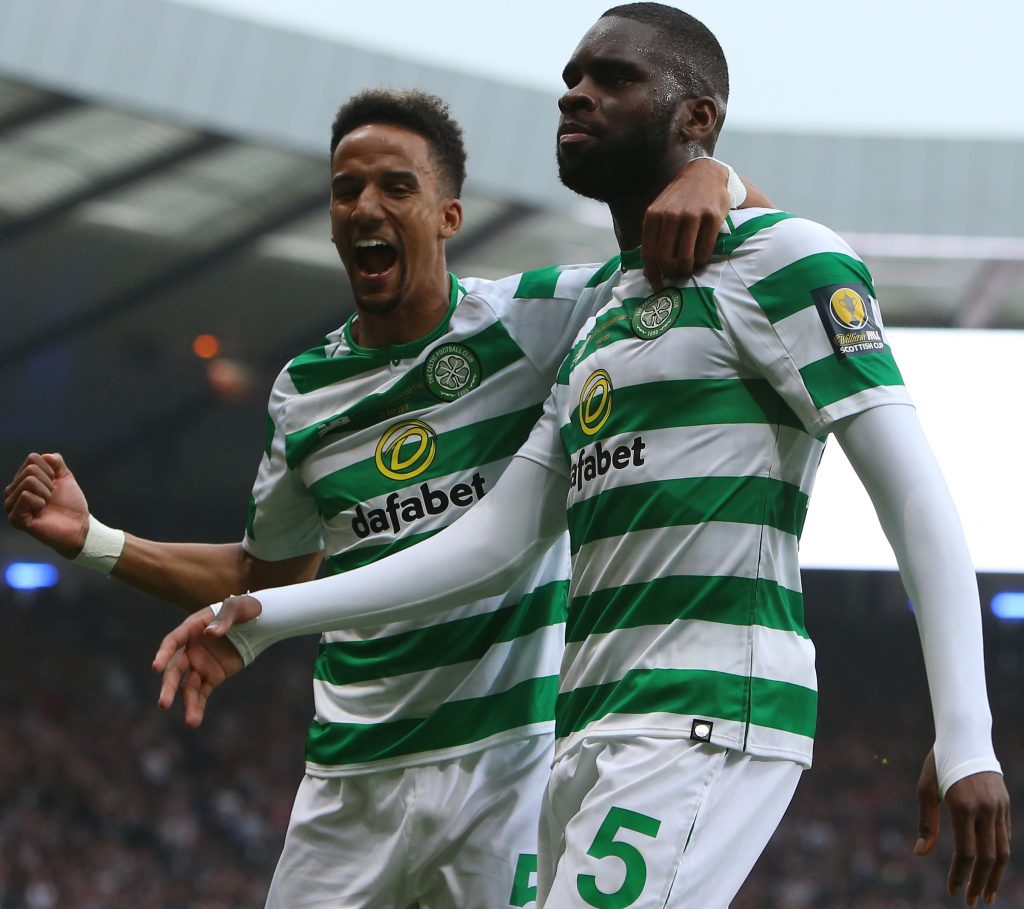 FINAL FAREWELL…Scott Sinclair congratulates Odsonne Edouard on his Scottish Cup winner against Hearts. It could turn out to be the Englishman’s last big game for the Hoops.

“To be honest, I’ve had a lot of chances in the first few games of the season and, sometimes, they don’t go in.

“You just need to be patient and it was a big goal here, so I’m delighted to get off the mark and, hopefully, there will be a few more on the way.

“We’ll take a lot of confidence into the second leg from this game, but it’s definitely not over.

“It’s only at halfway and they will see themselves as being able to go to Celtic Park and put a good shift in.

“I’m sure that Cluj will still feel as though they can go through and, having seen them over the 90 minutes here, we’ll know what to expect when we face them again at home.”

Worryingly, though, for the Hoops was the nervy display from Boli Bolingoli against the Romanians where the Belgian defender, bought to strengthen the No.3 position with Tierney on the brink of a move, struggled throughout after a misplaced pass in the early seconds.

It was an eye-opener for the fans who have liked what they have seen so far from the £3million recruit from Rapid Vienna in the summer.