TO celebrate the 82nd birthday of Lisbon Lion Bertie Auld on Monday, CQN is running a week of fabulous memories of the genuine Hoops legend.

Today, in another exclusive extract from his autobiography, ‘A Bhoy Called Bertie,’ co-authored by Alex Gordon, Wee Bertie looks back at the day he incurred the considerable wrath of manager Jock Stein.

SO, there I am, pinned against the dressing room wall with Big Jock’s huge left hand around my throat and he is threatening to wallop me with his right. If he was trying to get some sort of message across, it was working, take my word for it.

We had just come off the pitch after beating Clyde 3-0 at Shawfield and I knew our manager wasn’t greatly enamoured with some of my antics. My sin? I sat on the ball three times during the game. Okay, it’s a highly unusual tactic when you are hoping to tempt a team into your own half. Clyde, though, refused to budge that afternoon.

We were three goals ahead and you might expect them to open up and have a go at grabbing some sort of salvation. Not that day. The Clyde players seemed wary of even crossing the halfway line. They appeared to be content to keep the scoreline as it was.

I chased back to the 18-yard line to collect a throw-out from Faither, Ronnie Simpson. I looked up and, sure enough, there were the Clyde players refusing to come out of their own half. Quick as a flash, I decided to sit on the ball hoping to spur at least a couple of their players into action. Nope, they weren’t buying it.

I got up, rolled the ball back to our keeper and asked him to return it. Faither duly did and I sat on the ball again. Still, nothing stirred from our opponents. I staged an action replay immediately and parked my backside on the ball for a third time. Still, Clyde didn’t want to know.

I looked around the Shawfield Stadium and the Celtic fans were cheering and applauding. They loved this piece of showmanship, but I wasn’t doing it to belittle our rivals. Genuinely, I wanted them to make a game of it and they just didn’t want to know. I glanced over at our dug-out and that was when I saw Big Jock in full ranting mode. Not a pretty sight. 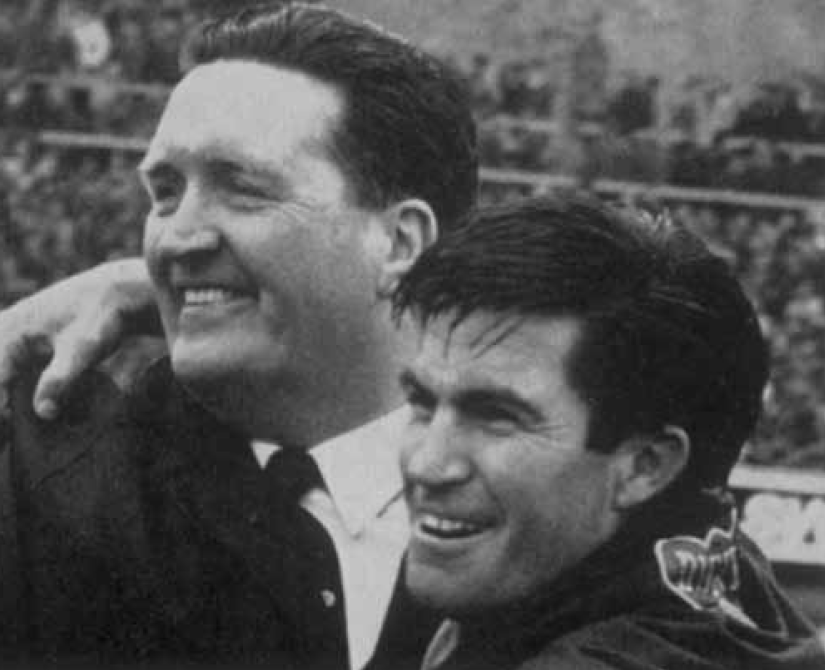 HAPPY DAZE…Bertie Auld and Jock Stein celebrate the goalless draw against Dukla Prague that cemented a place in the 1967 European Cup Final.

Now whoever designed the dug-outs at Shawfield would never win any award for services to architecture. For a start, you had to take a step down to get into them and that left you getting a worm’s eye view of the action. All you could see were ankles flying past and there is no way you could actually witness the game unfolding. It was the worst view in the house.

But there was Big Jock, with all his bulk, trying desperately to clamber out of that small confined space. There was a slab of concrete across the top of the dug-out that acted as a roof. Jock slammed his head off it – not once, not twice, but three times  – as he attempted to climb his way onto the track.

He was furious and I thought, ‘You’re for the high jump here, Bertie. Let’s hope he calms down at full-time.’ I could always hope. There wasn’t a chance of that happening. Once Big Jock went up like Vesuvius it took an awful long time for him to come back to earth. Maybe a week or two!

When the final whistle went, I took a gulp and headed for the away team’s dressing room. I wondered if there was any chance I could have a shower, get changed and get on the coach before Jock emerged. I prayed for someone to stop him and have a chat before he could get to the dressing room. Headbutting a speeding train would be more preferable than incurring the wrath of Jock. I knew I was in for an ear-bashing, but I didn’t anticipate what happened next.

Jock, with that heavy limp that ended his career, stormed in behind me as quickly as he could. Now the pegs in the changing area at Shawfield must have been put up by some fairly tall joiner. They were so high up the wall that we used to have to put Wee Jinky on our shoulders when he was hanging up his gear!

THE MASTER…Bertie Auld in all his pomp.

Big Jock must have thought it was a good idea to hang yours truly on one of those pegs that afternoon. He grabbed me with that massive mit of his and lifted me off the floor. ‘Put me down, boss,’ I squeaked as his clenched right fist looked a wee bit too close to my nose for comfort. ‘Don’t you ever dare do that again,’ he bellowed. ‘Don’t you ever treat a fellow-professional in that manner.’ My feet were dangling by this stage as I attempted to plead my case. Jock wasn’t interested.

‘Do that once more and you’ll never play for this team again as long as I am manager.’ Thankfully, after awhile, he released his grip and I slumped to the floor. Then he turned to Faither who thought he was going to get away with his part in my impromptu tactic of trying to entice our opponents to cross the halfway line. ‘The same goes for you,’ said Jock. ‘You encouraged him.’ At least, our veteran goalkeeper was spared being suspended by the throat for a minute or two.

Did I tell you our boss had a temper? Life wasn’t dull when Big Jock was around. He was the gaffer and he let everyone know it. He could be a complex character. He could be irrational. He could be inspirational. He could be humorous. He could be hurtful. He was impossible to second guess. There were occasions when you might expect a rollicking and, instead, he would put his arm around your shoulders and give you a little pep talk. ‘OK you weren’t at your best today, but don’t worry. It’ll come back in the next game, I guarantee you.’ Then, when you least expected it, he would give you a dressing down in front of your team-mates and leave you utterly baffled.

I’ll give you an example. We had beaten St. Johnstone 4-0 at their old ground at Muirton in Perth on the Saturday and before training a day or so later I was taken aside by Neilly Mochan, our trainer, and told that Big Jock would be having a meeting with the players. I didn’t think I had anything to worry about because I believed I had actually played quite well against the Saints. Neilly warned, ‘Big Jock is going to have a go at you. Don’t say anything back. He’s going to single you out because your mates know you had a fine game. He’s going to wind them up and make certain no-one gets complacent. So, play the game, take in what he says and he’ll move onto someone else.’ I thought, ‘Fair enough if it helps the team’s cause.’

What followed surprised even me. Jock did, indeed, start with me. He also ended with me. He ranted on for what seemed an eternity. I was on the receiving end for about fifteen minutes as I slumped deeper and deeper into my seat. Then, after his tirade, he simply said, ‘Right, everyone – out on the park, we’ve got some training to do.’ And, with that, he turned on his heel and left the room. There was silence all round until someone piped up, ‘Thank Christ we won on Saturday!’ 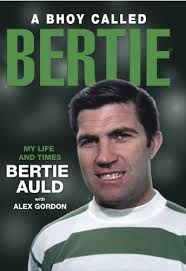 Jock, if the mood took him, could be savage in his criticism of some of his players. He was never slow to make some salient points right in front of your team-mates. We were all adults, but he treated us like children sometimes. There was nothing to do, but accept it. I also recall shoving the ball through the legs of my pal Willie O’Neil in training one day. ‘That’s enough of that,’ came the cry from the sideline. I did it again and the next minute I found myself being ordered to stand behind one of the goals and to face away from the pitch. ‘I don’t want to find you looking round,’ said our boss. ‘Keep facing the other way.’ It was a rather weird punishment, but, as I have said, you just had to take it. There I was, a seasoned professional, with a wife and weans, being treated like some naughty schoolkid.

People often said Big Jock would have been different if he had taken a drink. You might even have thought with his mining background he would have fancied a foaming pint of ale after a day’s work down the pit. But I never once saw him take a drop of alcohol. The champagne corks could fly all over our dressing room after an important victory, but Big Jock refused to indulge. I remember talking to him one day when we were travelling to an away game. ‘If we win, will you have a drink with us afterwards?’ I queried, rather mischievously. Jock thought about it and replied, ‘OK, you’re on. Just make sure you win.’

We duly went out and got the triumph and on the way home I asked Jock when he was coming out for a drink. Again, he remained silent for a moment before replying, ‘Would you think more of me if I went for a drink?’ I answered, ‘I couldn’t think any more of you than I do just now, boss.’ He never went for that drink.

He may not have liked a beer, but he certainly loved sweets. He never knew this, but the players’ nickname for him was Sweeties. Mind you, no-one ever called him that when he was within hearing distance. He was forever dipping into his pockets and bringing out some kind of confectionary and popping it into his mouth. He seemed to have an endless supply. Maybe he had shares in Rowntrees!