The story continues with a young Bertie settling into the ways of a Celtic player in the midst of some iconic individuals.

MY early days at Celtic were simply marvellous. I thrived on mixing with players such as Charles Patrick Tully, Willie Fernie, Bertie Peacock, Bobby Collins, Sean Fallon, John McPhail, Bobby Evans and a guy called Jock Stein. I’m sure we will hear a little bit more about this individual later!

They were all household names; guys you read about in the newspapers every day. Charlie Tully, bought for £8,000 from Belfast Celtic in 1948, was an amazing character. There was nothing he couldn’t do with a football. I would have paid into training just to witness this guy’s skills at close range. He was a born entertainer.

I have to say he wasn’t the best trainer at the club and I also have to admit I don’t recall him ever doing laps round the pitch. That wasn’t for Charlie. Instead, when the manager and the coaches weren’t around, he would merely sprint the six yards or so between the dug-outs. I wondered what this was all about at first. Then the penny eventually dropped. 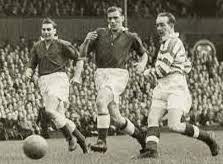 If any of the training staff were coming down the Celtic Park tunnel all they would see was Charlie racing past at full pelt. When they emerged trackside cheeky Charlie was puffing and panting and looking as though he had just completed about twenty laps. That was him for the day.

I’m not sure the Celtic training staff knew what Charlie was up to, but he was such a character that I think they would have let him off with anything just so long as he turned it on in matchday. And he did that often enough, take it from me. You know, I don’t think he was ever properly fit. You can only wonder what he might have achieved if he had been 100 per cent.

I recall one time, Celtic were taking us down to Seamill for some pre-season training. Someone ordered the bus driver to stop and we were told we would have to run the rest of the way. I think were only about halfway to our destination when someone came up with this brainwave. Eric Smith and I paired off as we ran the miles to our hotel. 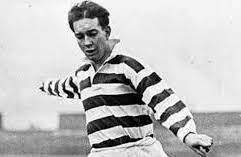 IRREPRESSIBLE…the one and only Charlie Tully.

After about thirty minutes or so there was no sign of Charlie. Then we heard the spluttering of a moped. It passed us and there was the bold lad himself, perched on the back seat and waving back to his team-mates. Priceless!

I was part-time at that stage, mixing football with joinery, and our training was normally at six o’clock at night when most of the first-teamers had long since departed the place. My mum wouldn’t have been happy if she had ever found out, but every now and again her errant son used to duck my daytime job to train with the first team squad. It was well worthwhile in the long run.

The fans adored Charlie. He has a special place in Celtic folklore after displaying a typical piece of impudence and no little skill in a Scottish Cup-tie against Falkirk at Brockville in 1953. Charlie swung in a corner-kick that completely bamboozled the unfortunate keeper and swept directly into the net.

The referee wasn’t impressed, though, and, for reasons only known to himself, decided to rule out the ‘goal’ and order a retake. 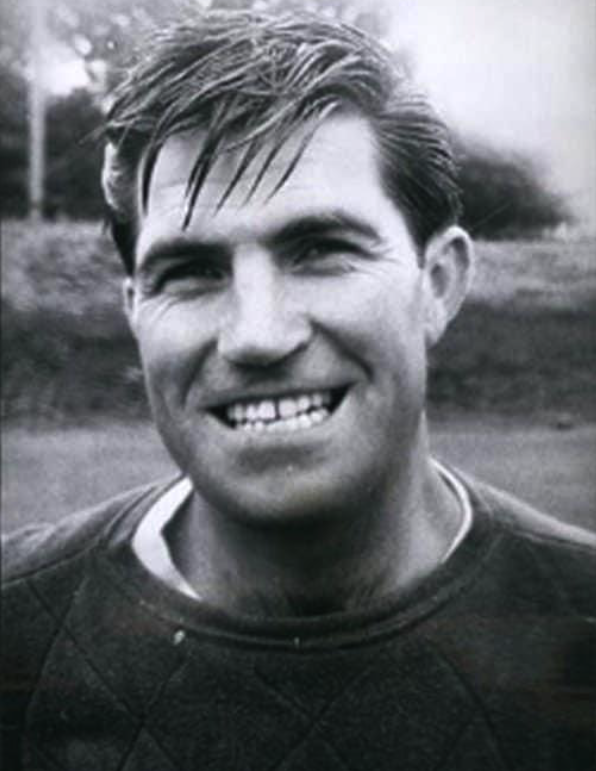 SMILES BETTER…Bertie Auld takes a break from training at Barrowfield.

Charlie simply shrugged his shoulders, placed the ball in the arc and took another kick. Once more the keeper was left helpless as the ball soared over his head into the net; once again directly from the corner. This time the match official allowed the goal to stand. You get the impression if he had ordered another retake Charlie would have sent that into the net, too!

How could you fail not to be inspired by this outstanding, irresistible personality? Younger supporters won’t remember too much about him and, sadly, there isn’t a lot footage around to show you just how skilful he was.

You’ll have to take my word for it and I am not exaggerating when I say there was a mix of the best of Jinky Johnstone and George Best in Charlie Tully. Yes, that’s how good he was.

By the way, the Falkirk keeper obviously didn’t do his homework on Charlie. I should point out that he scored two goals in Northern Ireland’s 2-2 draw with England in Belfast the previous year and, yes, one was direct from a corner-kick.

Naturally enough, a young and impressionable Bertie Auld adored these guys and I hoped I could emulate them at some stage.

I could always dream.