CHRIS SUTTON insists Ange Postecoglou deserves massive respect for getting Celtic into their present position at the Premiership pinnacle.

The Hoops are three points ahead with the finishing line in sight and dangerous Livingston are the next obstacle in West Lothian tomorrow at midday.

Former Parkhead goalscorer Sutton believes it is now time for “the big push” for Postecoglou and his players in their quest to lift their tenth title in 11 years following last season’s inexplicable stumble.

And the one-time England international striker reckons his old team will be up for the battle for the coveted silverware.

Sutton said: “There’s no doubt Celtic haven’t quite been hitting the heights in the last few weeks, but it’s impossible to be 10 out of 10 every week in a league campaign. 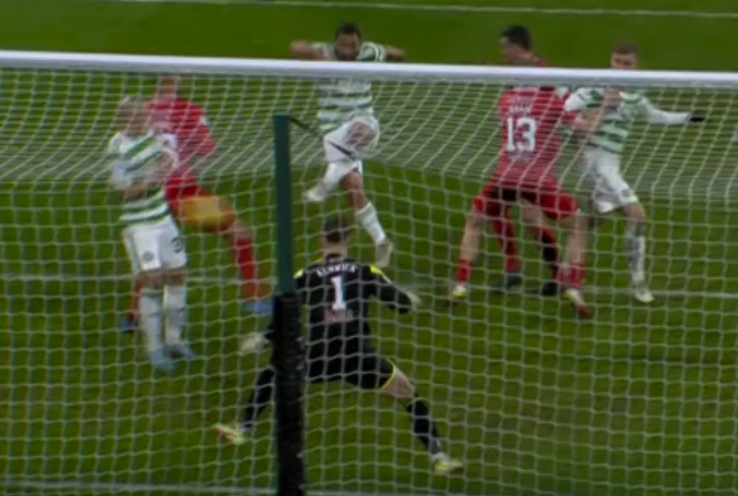 PICK IT OUT…Cameron Carter-Vickers blasts in the opening goal in the 2-0 midweek win over St Mirren.

“When titles are handed out, no-one remembers the horrible afternoons when you need to grind out narrow wins.

“But those are the results that get you over the line. Celtic may not have been flying, but they are still top of the table with nine games to go.

“I don’t care what anyone says – no-one believed they’d be in this position when the first ball was kicked back last summer.

“Postecoglou has done an incredible job getting them in to this position heading in to the home straight.

“Now it’s time to see it through. There should be no talk of fatigue, players needing rested or feeling jaded.

“The big prize is right in front of them and it’s time for the big push.”

Sutton acknowledged his old club will have to scrap for everything they get on the treacherous Livi plastic pitch where they lost 1-0 in September.

The former fans’ favourite, speaking to the Daily Record, continued: “The Livingston game is absolutely massive – and it’s about time Celtic won there. 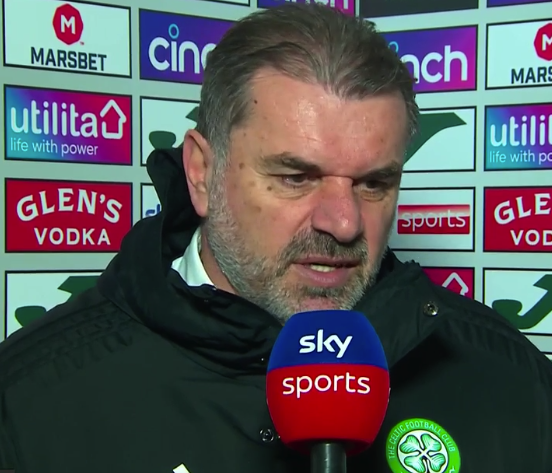 “That’s how I would be going in to this one. I wouldn’t be in that Celtic dressing room worrying about winless runs or hoodoos.

“I’d be thinking this side are due one from us.

“A Celtic victory at Livingston is long overdue. It’s incredible to think they have not won there in the league since 2006, but that maybe says more about Livi than it does about my old club.

“They are a remarkable story and this hold they have over Celtic at their place is hugely impressive.

“Successive Celtic managers have gone there and struggled. Don’t forget, Brendan Rodgers couldn’t buy a win at the Spaghettihad either.

“Ange Postecoglou failed in his first attempt there, as well, but, at least, he will now know what to expect.

“Don’t fall for all this stuff about Livingston being simply a rough and ready route one team.

“That’s complete nonsense – and it does them a major disservice.

“They have been tough in recent years and they are notoriously hard to beat on their own patch. We all know the surface suits them and no-one else. But they can also play a bit.

“David Martindale has done a superb job in the last couple of years and they are on a terrific run of form.” 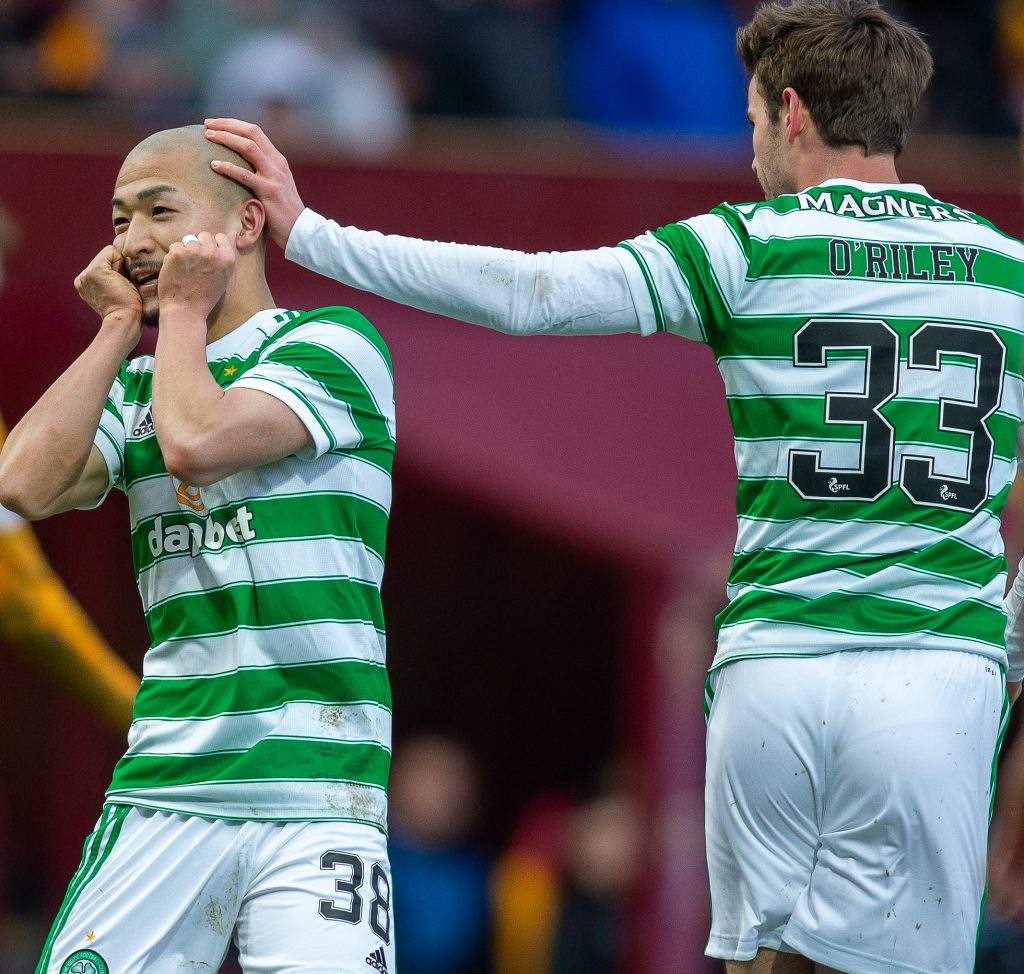 CELEBRATIONS…Daizen Maeda gets a pat on the head from Matt O’Riley after scoring Celtic’s final goal in the 4-0 win over Motherwell.

Sutton added: “I get the clamber for Giorgos Giakoumakis. He adds a physical presence up top and a focal point – and that’s what will be needed tomorrow.

“He’s missed the last couple through illness, but if he’s fit again then you’d have to think he’ll be lobbed back in.

“But I do have some sympathy for Daizen Maeda. I know what it’s like in Glasgow. If you have a couple of quiet games in a row you are written off as a dud.

“It’s been tough for him to adapt to Scottish football and when you are a pace merchant who plays on the shoulder, it’s never going to be easy coming up against 10 men strung across the 18 yard line.

“I still like his movement and he gets in to some good positions. I’m not sure whipping high balls in to the box is playing to his strengths, but even that can work if there are plenty of bodies in there around him.”

Celtic emphasised that point with the first goal in the 2-0 win over stubborn St Mirren in Glasgow in midweek when Filipe Jota’s right-wing free-kick caused a bit of panic in the visitors’ defence.

Carl Starfelt created a bit of mayhem with his challenge and his fellow-central defender Cameron Carter-Vickers took full advantage of the mayhem with a full-blooded volley that ripped high into the net past the motionless Jak Alnwick.

Callum McGregor played a captain’s part by sweeping in the second nine minutes from the end.

The Hoops can expect another endurance test in West Lothian tomorrow, but, as Sutton says, they are “due one from us”.