Celtic Quick News on News Now
You are at:Home»Latest News»TIMOTHY’S THE WEAH AHEAD
By CQN Magazine on 4th February 2019 Latest News

THERE’S a Mutual Admiration Society going on at Celtic since the arrival of American international attacker Timothy Weah from Paris Saint-Germain.

The exciting 18-year-old raider is already a firm favourite with the Hoops followers and it’s obvious manager Brendan Rodgers has also been impressed by his six-month loan signing.

Weah came on as a late substitute for the unfortunate Odsonne Edouard against St Johnstone at McDiarmid Park yesterday – and once again proved to be an instant success.

He set up the opening goal for James Forrest in the 78th minute after impeccable control from a Scott Brown through pass and he made certain the points were heading back to the east end of Glasgow when he nailed the killer second a minute from the end.

It was his third strike for the champions following efforts against Airdrie in the Scottish Cup and St Mirren in the Premiership.

Boss Rodgers said: “He’s a great kid to work with. He’s always up for his training and the games and whether he starts or comes off the bench he is ready to make that impact.”

Weah is now standing by to see if he gets the nod for a place in the starting line-up against Hibs at Parkhead in midweek.

He added: “I’ll always be ready when the manager calls on me and I will always do my best. That’s my aim in every game.”

CQN‘s ace snapper Geo caught the joy of this extraordinary teenage talent as he celebrated his strike against the Saints in Perth yesterday. 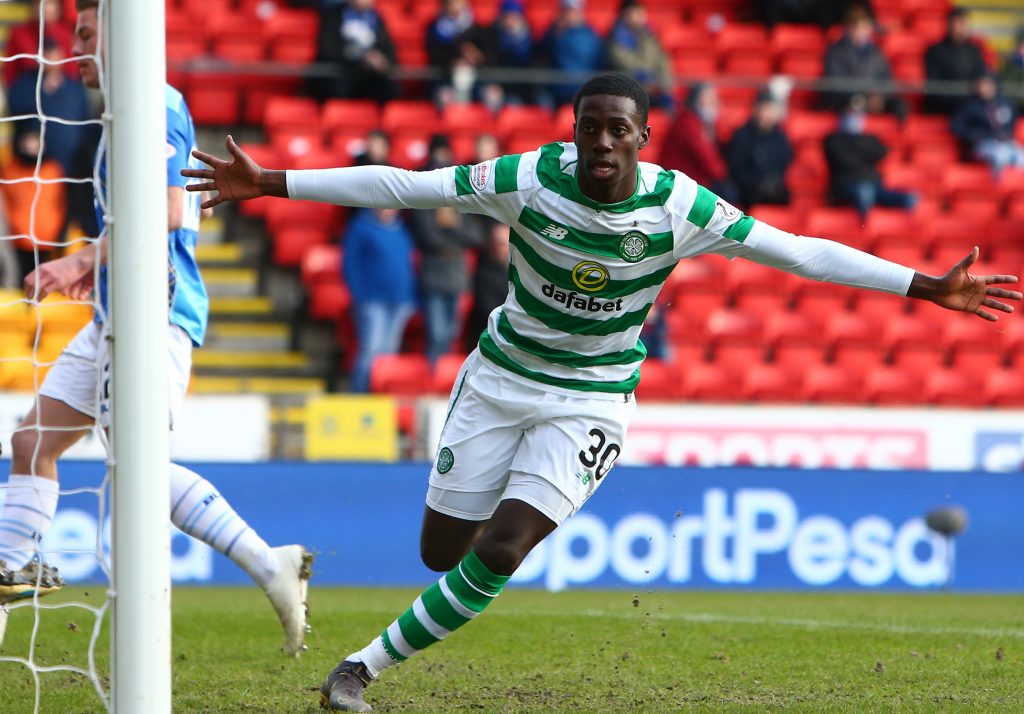 SAINTS AND WINNERS…Timothy Weah races away after his goal. 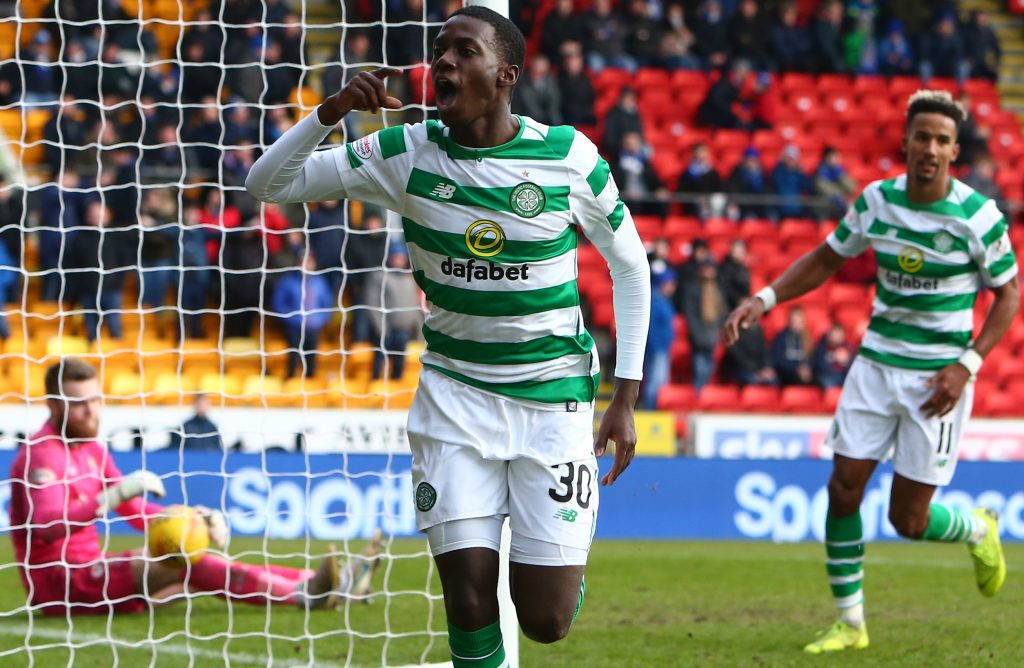 BIG NOISE…Weah heads for the fans with Scott Sinclair about to join in. Zander Clark sits this one out. 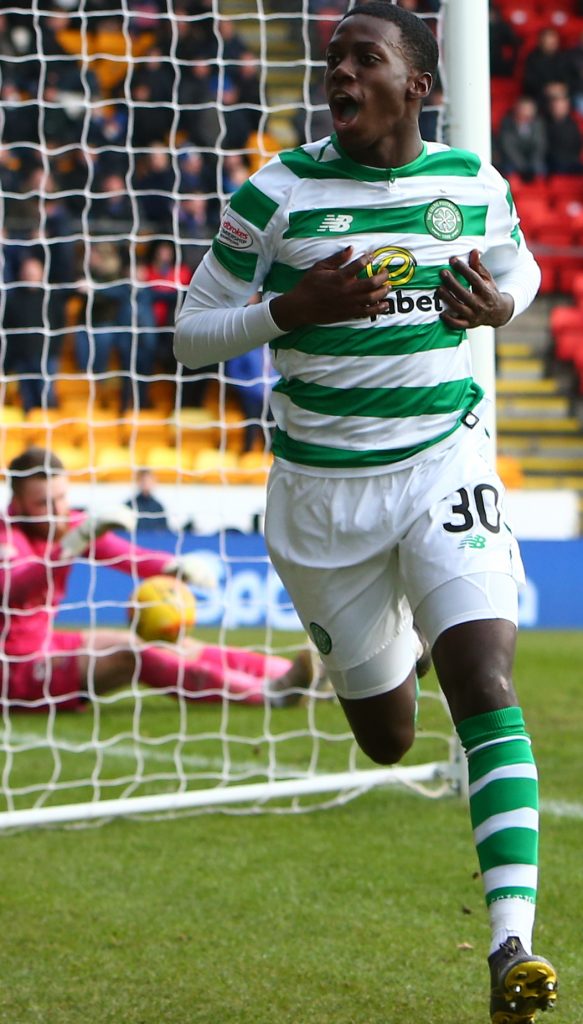 THE LION’S ROAR…there’s no disguising the joy from the American frontman. 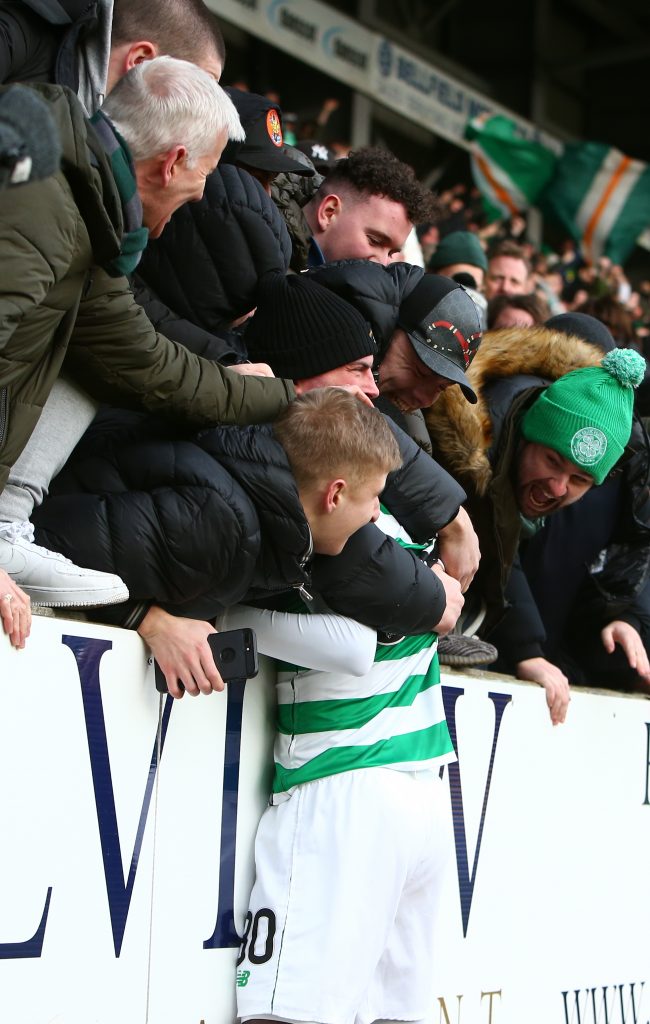 CROWD-PLEASER…Weah is engulfed by the visiting fans. 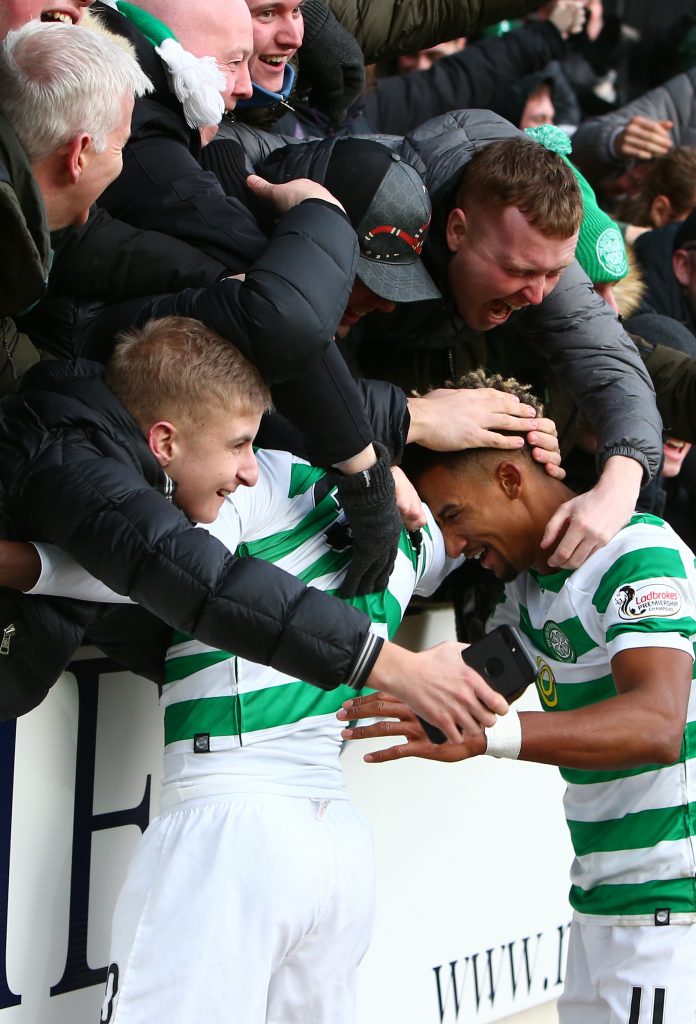 TWO’S COMPANY…Scott Sinclair gets in on the act. 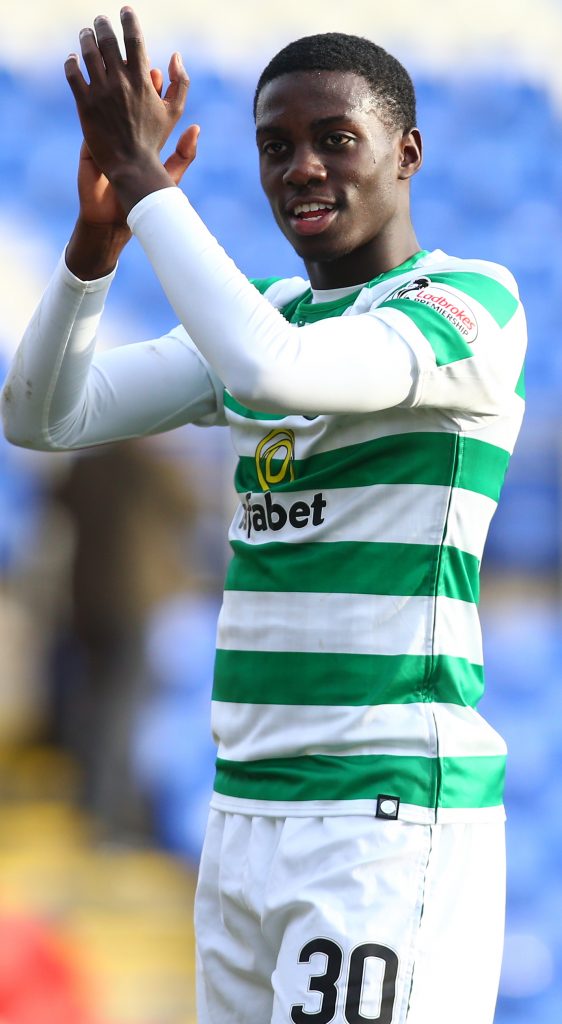