Celtic Quick News on News Now
You are at:Home»Lions & Legends»‘Tommy Gemmell was the best left back in the WORLD’ Bertie Auld
By CQN Magazine on 23rd July 2015 Lions & Legends

I used to disagree vehemently with people who insisted Tommy Gemmell was the best left-back in Europe.

When I stress my old mucker was the absolute top man on the planet in his chosen position I genuinely mean it. This is not part of an old pal’s act. Tommy and I, thankfully, are still very friendly to this day and, yes, we do go for a wee walk down memory lane every now and again when we get together. It’s sheer nostalgia and we’ve both got a lot to reminisce about. I can tell you this, too – we’re better players now than we were back then!

So what was so special about Tommy Gemmell? Set aside his mesmerising ability for a moment and look at his other qualities. Tommy was a leader and would probably have captained any other team in the game. Billy McNeill, of course, was our skipper supreme, but Tommy wouldn’t have felt uncomfortable wearing the armband. Jock Stein insisted on all his players taking responsibility and others embraced the task more willingly than others. Tommy Gemmell was always one of the first to step up to the plate. 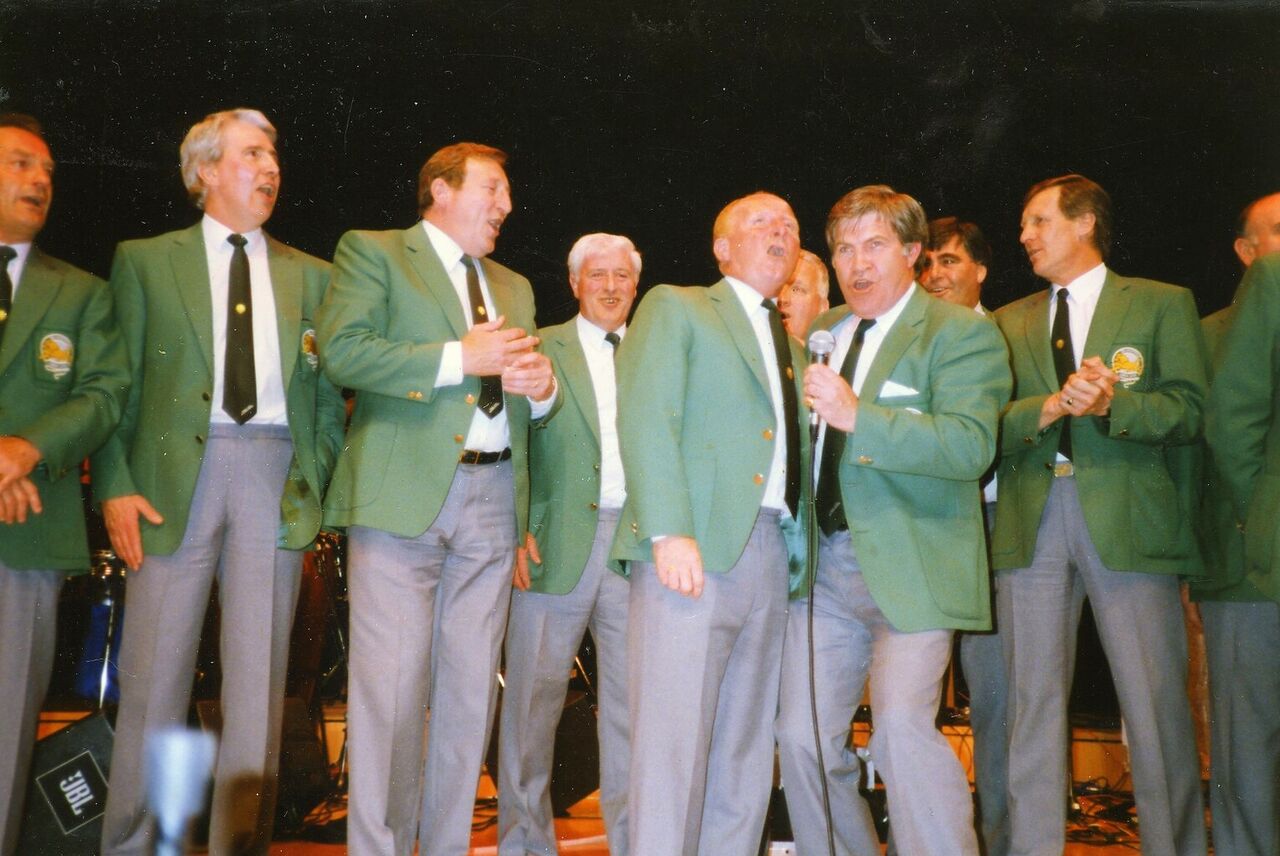 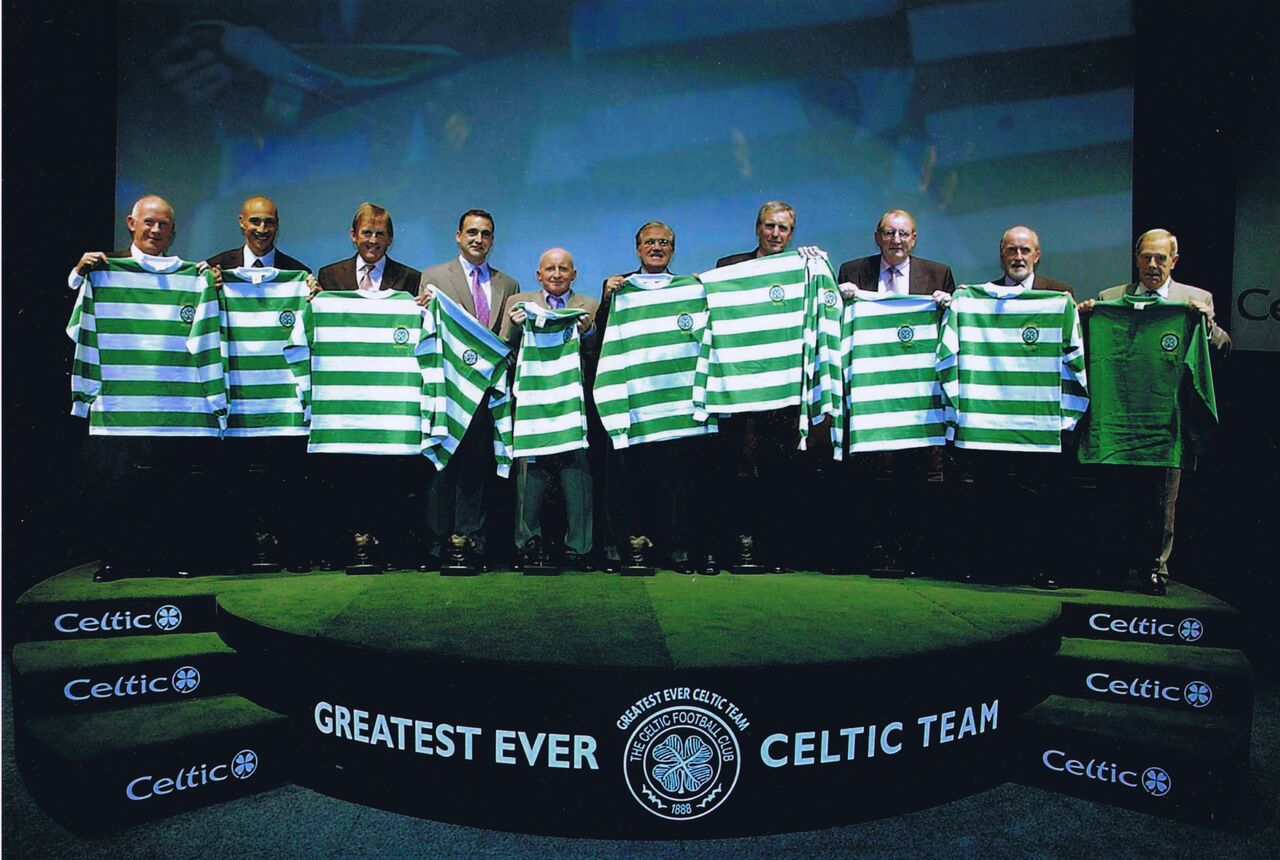 You need a strong character to volunteer to take penalty-kicks. Tommy stood in when Big Jock was looking for a regular taker. I had taken a few and so, too, had the likes of Bobby Murdoch, John Hughes, Charlie Gallagher and Joe McBride. Some we scored and some we missed before Jock decided we needed a man to accept the obligation on a match-by-match basis whenever we were awarded a spot-kick. Tommy didn’t hesitate. ‘I’m your man, Boss,’ he said and that’s the way it remained until he left the club.

You need courage to take a penalty-kick. Think of the onus that was on Tommy when we were awarded a spot-kick against Racing Club in the World Club Championship Final in Buenos Aires. We were a goal ahead from the first leg after Caesar’s wonderful headed goal at Hampden. Jimmy Johnstone was hauled down by their keeper in the second confrontation and no referee could have dismissed our claim. It was a stonewaller and their fans were going crazy. They were hissing, booing and jeering in their thousands as Tommy centred the ball and took a couple of paces back. A lot of players might have gone weak-kneed at the prospect. Not Tommy. He took off on his run, made perfect contact and sent the ball hurtling straight and true past their keeper. Trust me, that took a lot of bottle. But that’s exactly what I mean when I say he was a leader. He never shirked from being accountable. 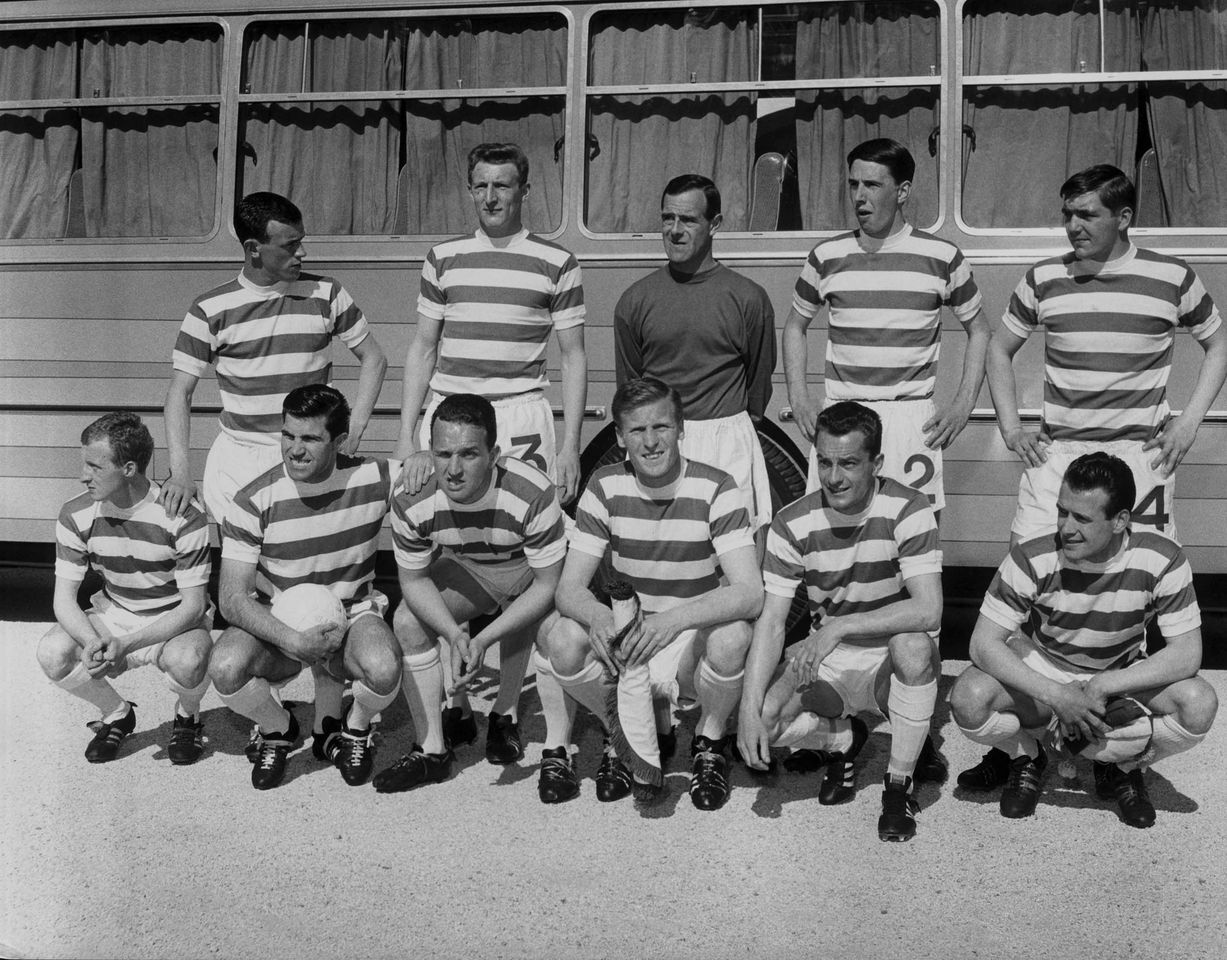 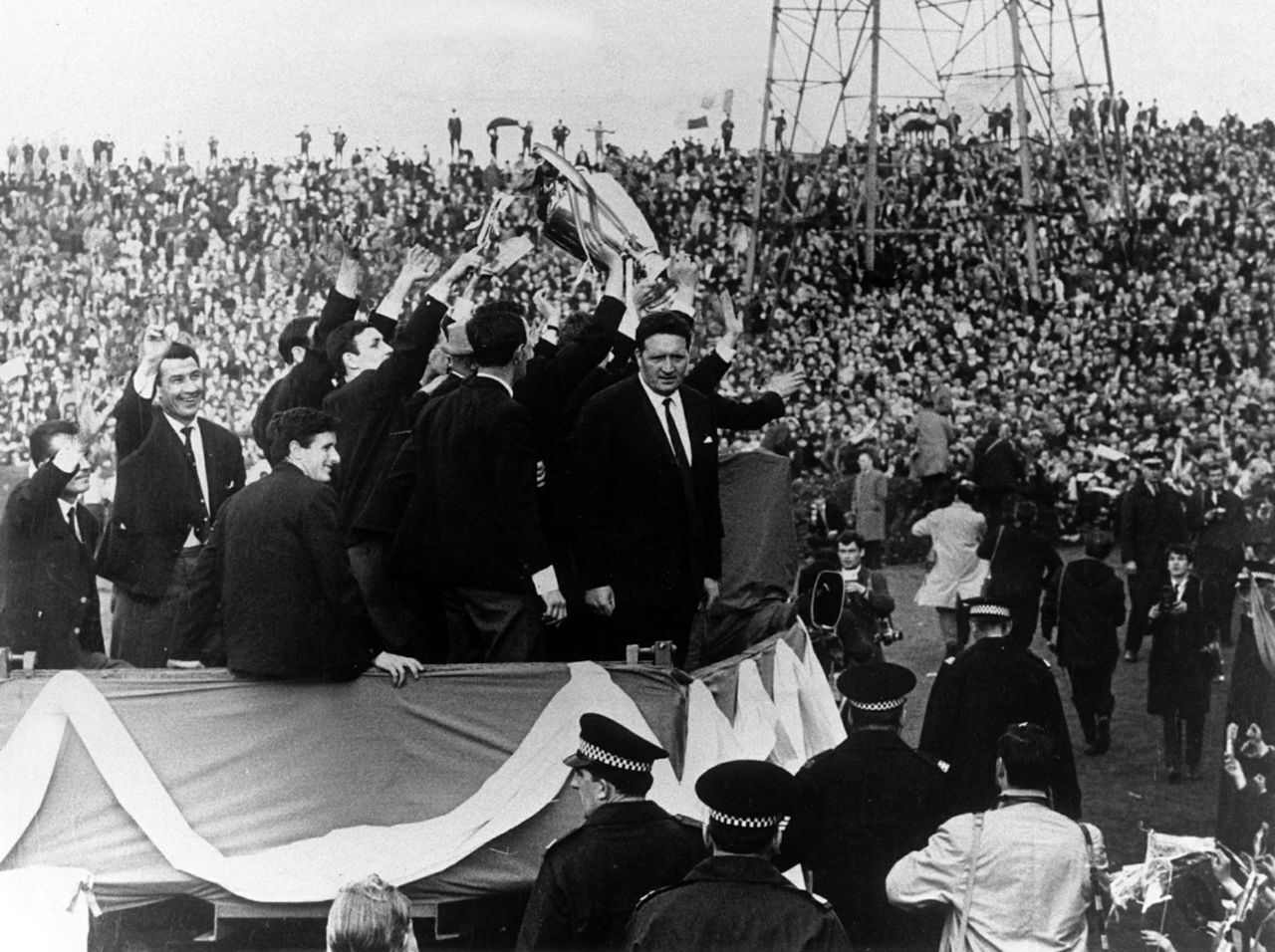 Of course, he also revolutionised the left-back position when he first came into the team in the early sixties. Until then, Celtic had fielded players in that position who rarely strayed into the other team’s half of the field. Jim Kennedy, known to everyone as Pres, had played in that role for years before Tommy came on the scene. Absolutely no disrespect to Pres, but I don’t recall him ever hurtling down the wing and sending over crosses. I have no memory of him peppering the opponents’ goal with long-range shots. The Pres actually admitted he got a nosebleed when he crossed the halfway line. The record books show he scored two goals in his ten years at Celtic. Tommy could score two in ten minutes! He came in and simply became a pioneer in our team.

Assistant manager Sean Fallon abhorred defenders charging into enemy territory and I know he threatened to drop Tommy if he went against orders. Fortunately for Celtic, Tommy didn’t listen. he had a natural urge to surge forward into attack and, by and large, ignored Sean. We can all be thankful for that. There might not be a European Cup triumph in Celtic’s illustrious history if Tommy had curbed his instincts right at the start of his career. Perish the thought!

It’s clear, though, that Tommy Gemmell was something special on the football pitch. He was a cavalier who brought colour to the game. You always knew you were going to get something extra from my chum. I have to admit he was an absolute dream to play alongside. You may believe I am praising him just for the sake of it. If that’s the case, you don’t know Bertie Auld. I was more likely to give someone a bit of a tongue-lashing when we were playing and I didn’t think they were pulling their weight. 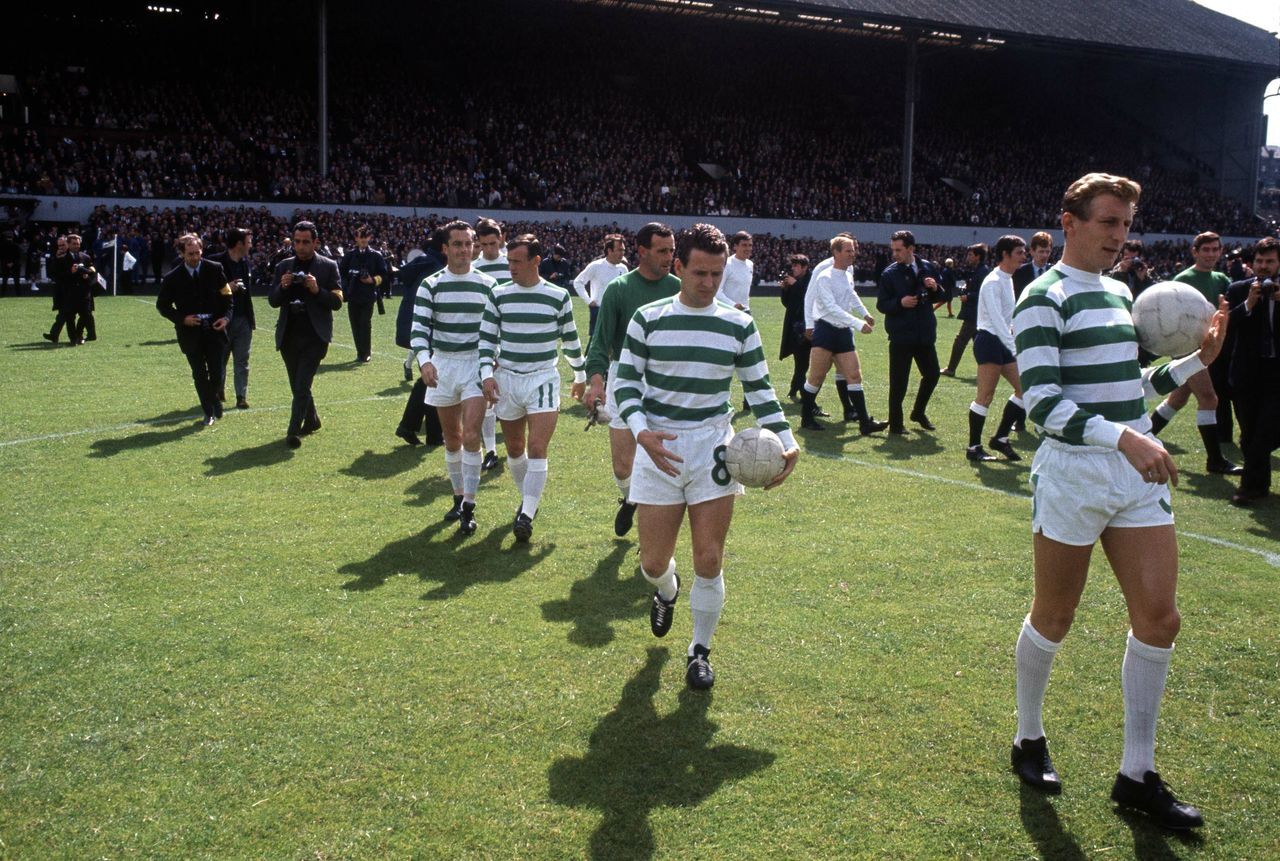 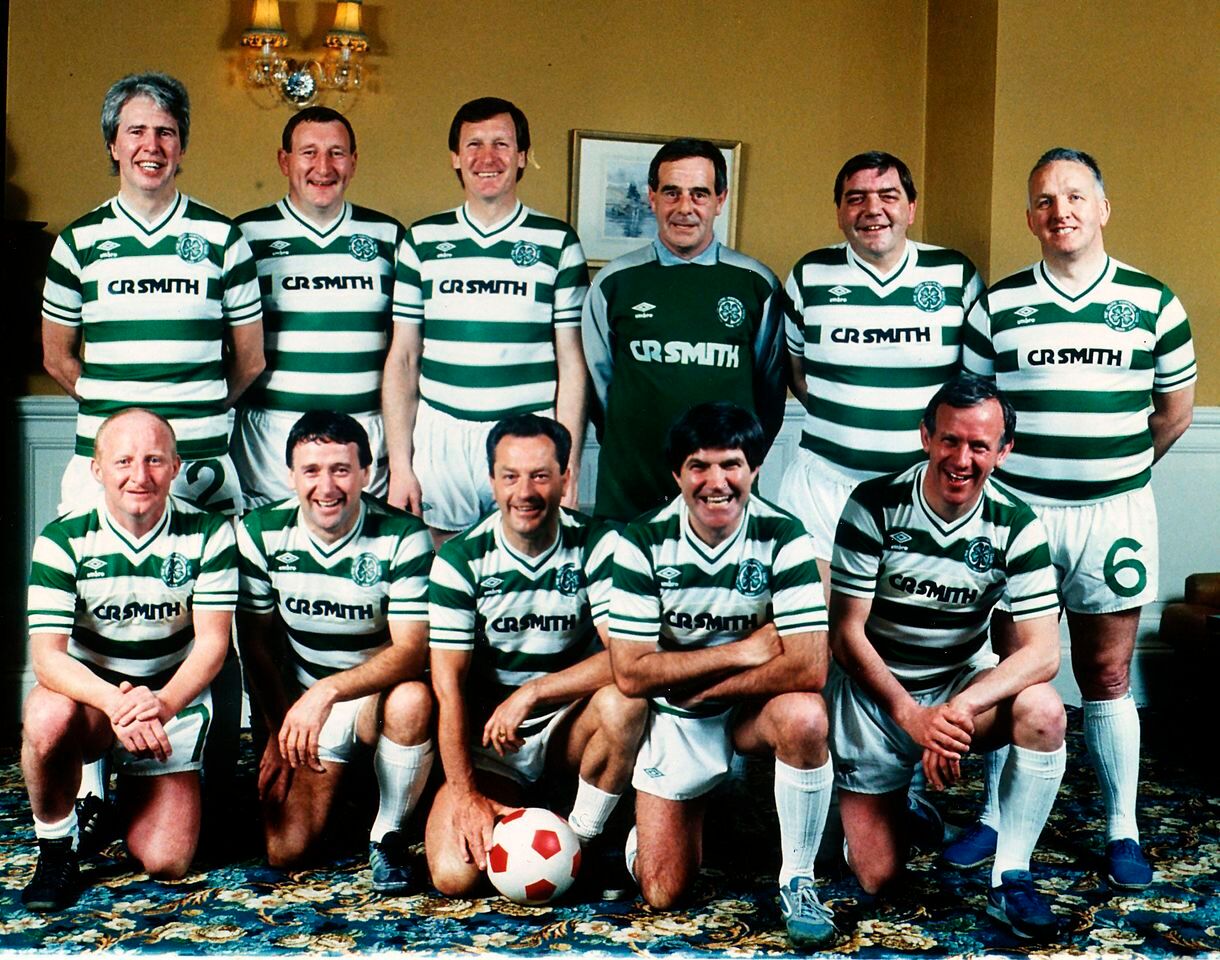 That never happened with Tommy. Not once. In fact, it might have been the other way around with Tommy giving me a rollicking on occasion! The marvelous thing about that great Celtic team was the fact that EVERYONE wanted the ball. I was always spoiled for choice when I was looking to pick out a team-mate. Bobby Murdoch would want it over in his right-sided midfield area, Wee Jinky would be screaming for it out on the right, Stevie Chalmers, Bobby Lennox, Willie Wallace and Joe McBride would be signaling for a through ball. There was John Hughes on the left, too, and then Tommy would race into the picture. ‘Stick it here,’ he would shout as he stormed forward, galloping into space on the left wing. He was a refreshing, flamboyant sight in that team and became synonymous in our carefree up-and-at ’em outlook.

A goalscoring full-back? It was totally unheard of. Through his own ambition, Tommy took on the exhausting role on behalf of Celtic. When Big Jock arrived he told my mate that it was okay to be adventurous, but his main job in the team was to defend. If Tommy was caught upfield and out of position when our opponents broke forward he knew he would have to carry the can. However, that never stopped him charging into attack and, once again, we can all be grateful for that.

Best in Europe? No way. Tommy Gemmell was the best in the world.

From Tommy Gemmell, All the Best published by CQN Books, 2014.