SIX OF THE BEST FOR RODGERS – Number 1 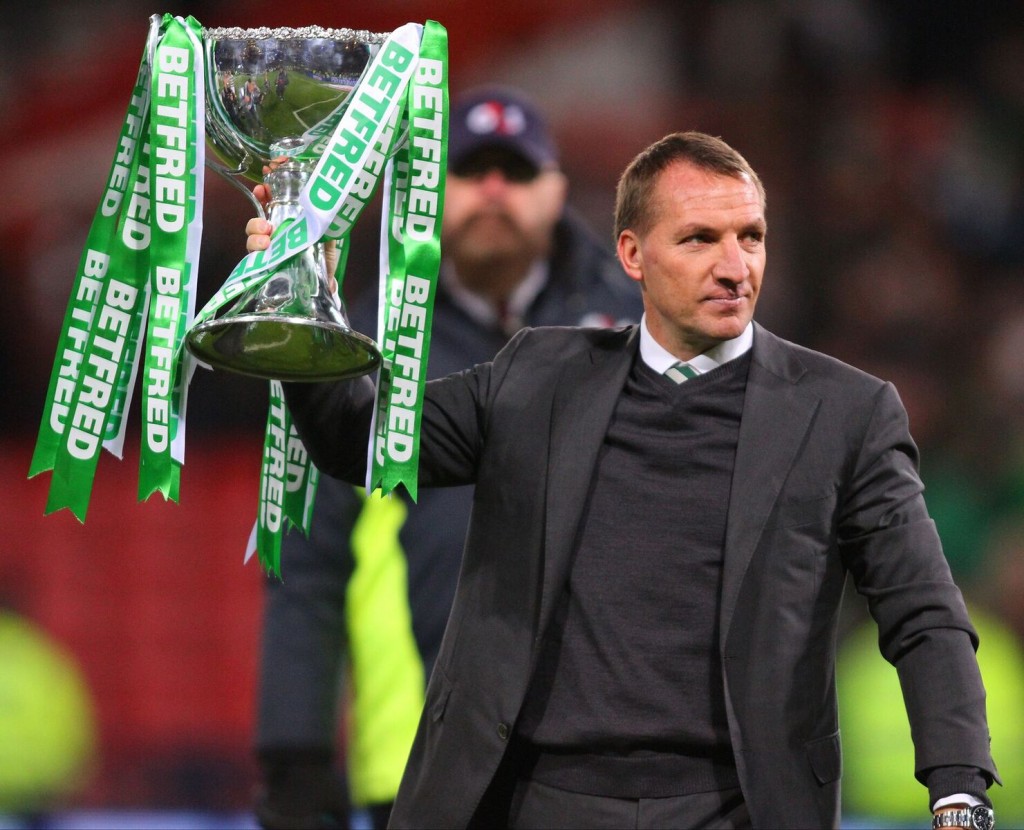 RODGERS made history when he guided the club to their 100th major honour with a 3-0 victory over Aberdeen at Hampden.

Tom Rogic kicked off the celebrations with the opening goal in the 16th minute and James Forrest completed an electrifying burst through the middle with an exquisite finish for the second five minutes from the interval.

Moussa Dembele, who hit the winner against Rangers in the semi-final, collected his fifth goal of the competition when he rolled in a decisive penalty-kick in the 64th minute.

Rodgers said: “It’s been six months and a week since I came in. We talked about what we wanted to achieve and how we wanted to do it. We are certainly well on our way to doing that. I was very pleased with the performance.”