The French youngster fired in a late goal in the 5-0 Scottish Cup romp against the Glebe Park outfit a week ago, but drew a blank in the hard-fought 2-1 win at Firhill on Tuesday night.

Hoops legend Davie Hay, though, has no doubts about who should lead the attack at Parkhead this afternoon.

He said: “If I were in Brendan Rodgers’ shoes I would start with Moussa Dembele up front against Hibs.

“On his game Dembele is the best striker at Celtic Park. And no-one wins with the striker warming a bench.

“The news that the club have knocked back an offer for the player is interesting, but what is particularly interesting for me is that way Dembele and his camp have behaved over the last few weeks. 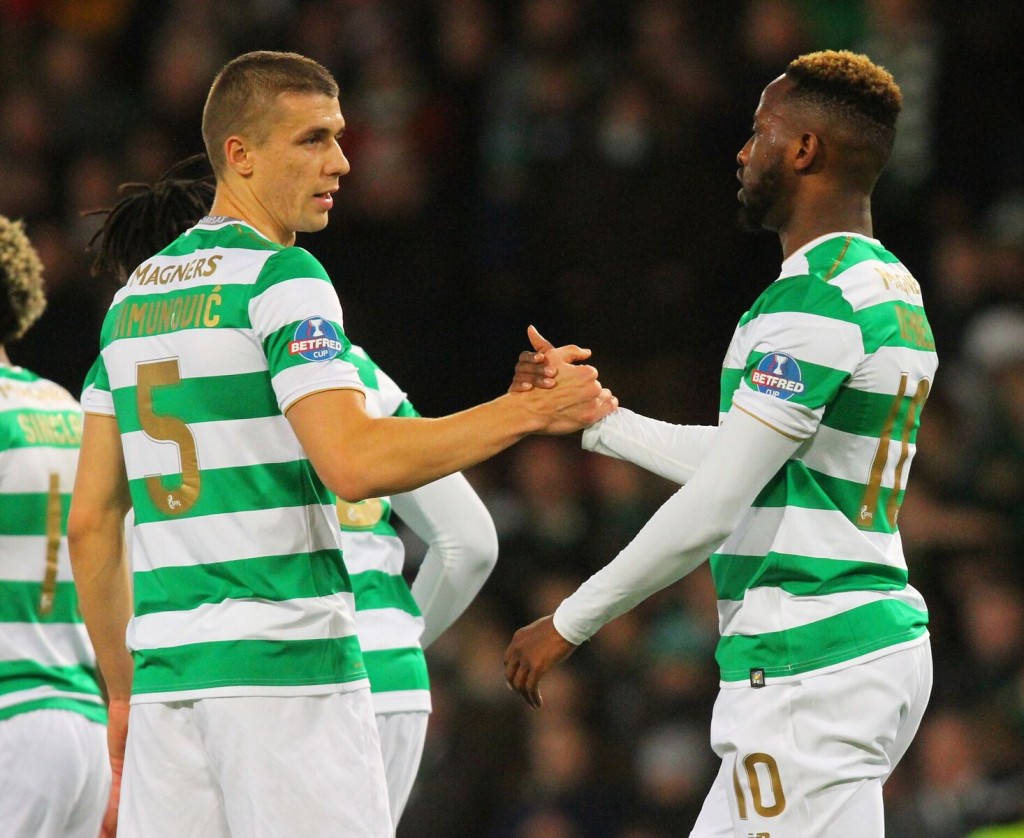 “You would be hard pushed to point the finger towards the French striker.

“In my own experience players who are agitating to leave a club do exactly that. They are an unsettling influence and, almost without exception, there are stories leaked about their desire to move and backpage headlines as they look to engineer a way out of the club.

“There has not been one word publicly from either Dembele or his agent these past few weeks. There is no-one shouting about more money or anything else.

“You can say whatever you want – and no-one ever really knows what is going on behind the scenes – but from the outside looking in this is a guy whose professionalism has not been compromised by what has been going on.

“To me, the one thing that has really affected his form this season and prevented him from hitting that purple patch is the back-to-back hamstring injuries that he had at the end of last season and the beginning of this campaign.

“Between that and the rotation of the three forward guys, I just think that he has never been able to get quite the same run of games going.

“But to not play him just means that everyone loses out. Let him do what he does best and everything looks after itself – the club will get the fee they believe he is worth, the lad will get the move he feels should be the ideal next one for him.

“We all knew Dembele was coming here for a short time and would then move on, that is no secret to anyone.

“But if he is playing games and scoring goals then his price goes up.”

Former Hoops player and boss Hay added: “In my final management season at Celtic, we had Maurice Johnston coming out of contract and you do get cheesed off as a manager being constantly questioned about it.

“There is no doubt that it becomes irksome, but it did not stop me from picking him.

“I eventually said there would be no more contract talks to stop the uncertainty over the situation – which I would say was a mistake in hindsight – but I do know that it can get under your skin.

“But the difference here is that Dembele hasn’t put a foot wrong.

“What you would also have to say about Dembele is that he has dealt with speculation throughout his career.

“He wasn’t at Celtic a matter of months when there were rumours of clubs looking at him so it cannot be anything new.”