Celtic Quick News on News Now
You are at:Home»Flashback»TREBLE TREBLE: ‘NEIL STOOD UP TO THE PLATE,’ LAWWELL
By CQN Magazine on 25th May 2020 Flashback

The club supremo has been impressed by the job done on a caretaker basis since the former gaffer took over from the departing Brendan Rodgers in February.

Lawwell, speaking to the Scotland on Sunday, said: “I’m delighted to announce that after today’s events we’ve offered Neil the job to be permanent manager.

“It’s a fantastic day, a fantastic achievement, probably never to be repeated. And in our moment of need, Neil stood up to the plate. he’s done a fantastic job in difficult circumstances and really when you look at his credentials, he’s made for Celtic. he’s a Celtic man, he knows Glasgow, he knows what’s required, and he’s a winner.

“And at this point in terms for looking at the squad, there’s no-one I’ve worked with who has a better eye for a player.

“So, we’re delighted to announce he’s been offered the job and over the next few days we’ll work out the details.

“I think it’s better to do that tonight to kill the speculation. I‘m sure he’ll be positive, but we just need to work out the details. Today was a big occasion for him, but Neil would still have been the manager, no matter what happened today.” 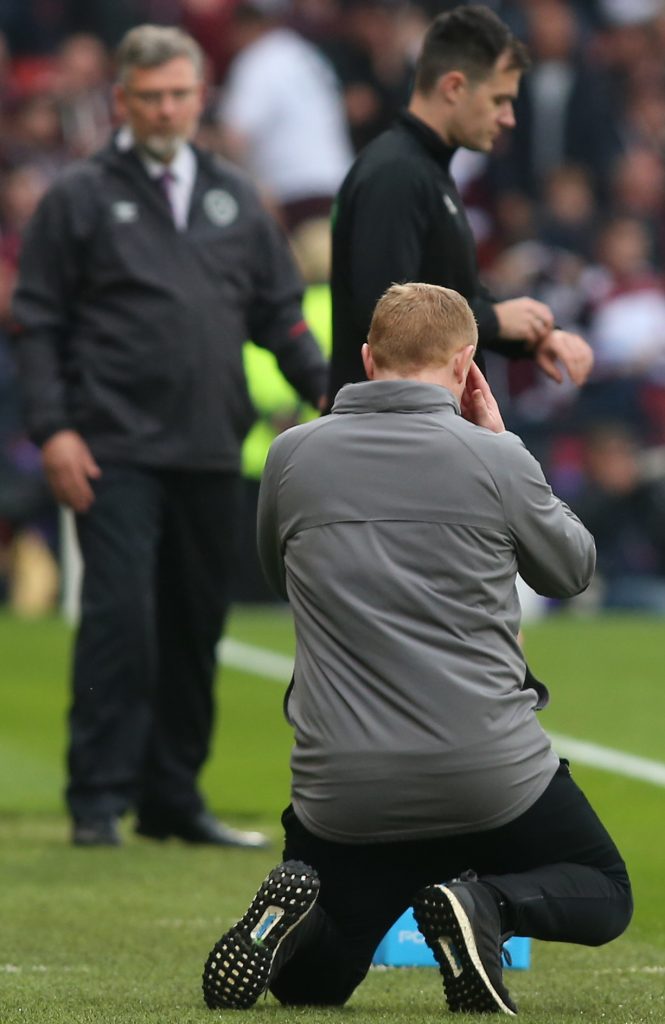 EMOTION…Neil Lennon sinks to his knees at final wihistle as Hearts boss Craig Levein looks on. 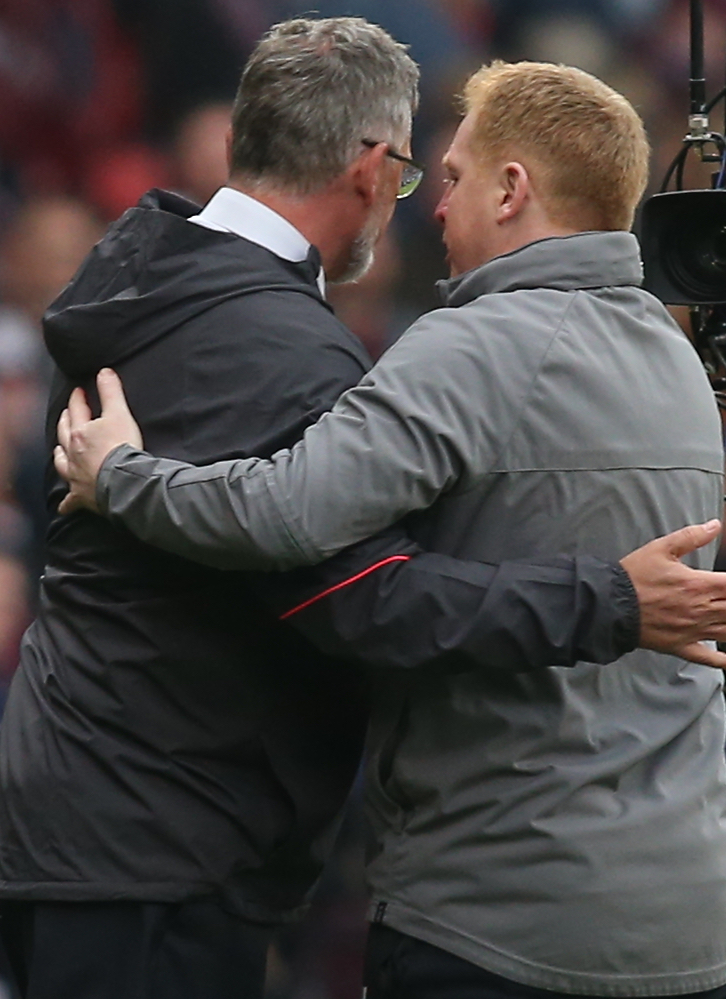 THE END GAME…Lennon and Levein embrace at the completion of a dramatic Hampden occasion.

Lawwell added: “In terms of Neil as a candidate, there’s no-one better. He has earned the right to be the permanent manager of Celtic, based on the recent performance and who he is as a manager.

“It was really tough and he said himself he came in at a difficult time. We were eight points ahead with 11 (Premiership) games left, but it wasn’t his squad, he had big shoes to fill and a treble to win.

“Brendan takes a lot of credit for it, we probably wouldn’t be here today if it wasn’t for him, in terms of his magnificent period as manager – we’ll be forever grateful to him.

“But Lenny stood up, he’s done a fantastic job and we’re delighted to have him here.

“We also need to pay tribute to John Kennedy, who has brought us continuity in terms of the discipline and structure, and Damien Duff, who has been a real find and has done exceptionally well.”

Coincidentally, Lennon kicked off the eight-in-a-row title run in 2012 when he guided the team to the crown for the first of three before he left the club.

Ronny Deila added two before Brendan Rodgers arrived in the summer of 2016 to keep the sequence going with two on the trot and the comeback gaffer kept the momentum going with the latest triumph.

In the midst of all the treble treble celebrations, it has almost gone unnoticed that another piece of history was achieved at Hampden in the 2-1 victory over a stubborn Hearts outfit.