DEJECTED Ange Postecoglou watched some x-certificate defending from Celtic in their 4-0 collapse against Bayer Leverkusen at Parkhead last night and branded the performance “unacceptable”.

The Hoops boss winced as he witnessed his team’s second consecutive nosedive in the Europa League Group G after also conceding four goals to Real Betis in the opening fixture in Seville last month.

And Postecoglou will know today that it would have been even more embarrassing had keeper Joe Hart not made three excellent saves as the efforts of the men in front of him disintegrated as the match wore on.

Celtic, roared on by a phenomenal home support, created chances, but were not clinical enough and comeback striker Kyogo Furuhashi, playing his first club game since August, showed signs of rust in front of goal. On another day, the Japanese frontman could have claimed a hat-trick. 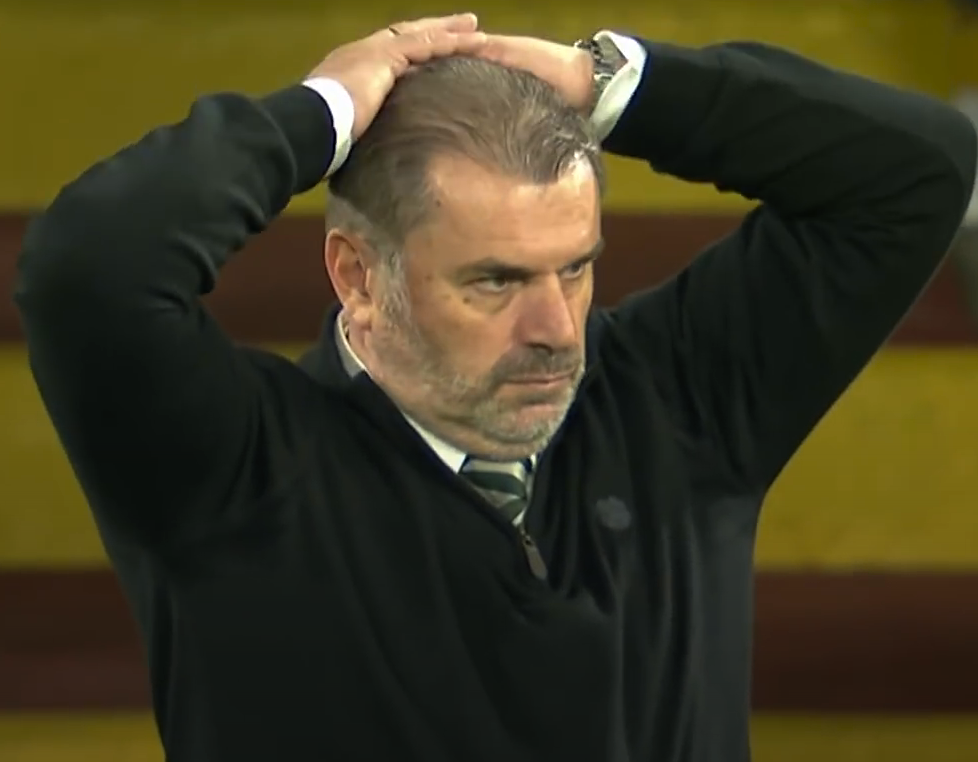 TOUGH WATCH…Ange Postecoglou puts his hands on his head as Celtic pass up another chance.

Postecoglou’s side were shown how it was done when individual errors from David Turnbull and Anthony Ralston presented first-half goals to Piero Hincapie and Florian Wirtz who snapped up the gifts with relish with Hart helpless on both occasions.

The Greek-Australian gaffer said: “It is disappointing. In many respects we created some of the issues for ourselves.

“We had some unbelievable opportunities. They are a good side with some quality players and they took their opportunities, but we helped them as well by making some mistakes and giving them the advantage.

“At this level, you are going to get punished for your mistakes and you have to take your opportunities – and we didn’t.

“It shouldn’t have been a 4-0 game. We fell away at the end through lack of discipline and that is unacceptable.”

The Hoops now face back-to-back confrontations against Ferencvaros, who lost 3-1 at home to Real Betis last night, and Postecoglou admitted: “We have to win both these games if we want to stay alive, so it is a good challenge for us.

“That was the disappointing thing, I thought we fell away at the end and there was no need to. 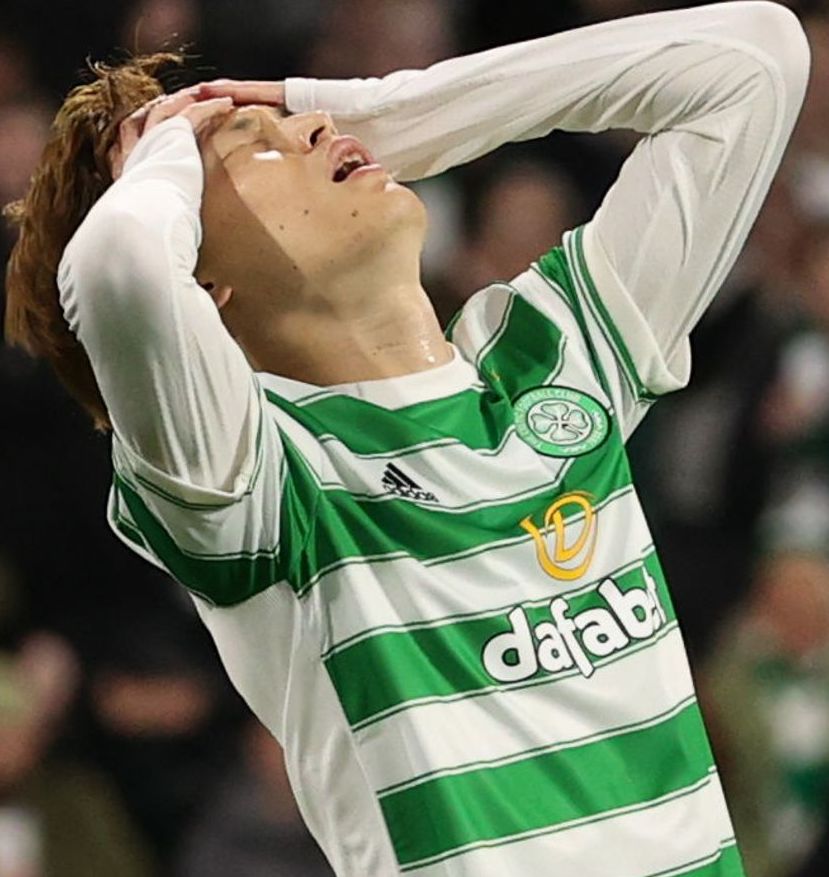 OH NO…Kyogo Furuhashi can’t believe it as he misses the target.

“We were still creating chances and if you get a goal you are back in the game and, at least, you don’t get the score blow-out because you want to give yourself a chance in the competition.

“They are a quality team and there is always a possibility that you will get punished. I think we created enough opportunities to cause our own damage and we didn’t.”

The manager has demanded an immediate reaction from his players with a must-win Premiership encounter against Aberdeen at Pittodrie due for a High Noon showdown on Sunday.

Postecoglou, speaking to BT Sport, added: “If you lose 4-0, the overwhelming feeling is that it has been a disappointing night, disappointing for the fans who I thought created an unbelievable atmosphere.

“We have to take that disappointment and use it to as motivation to set things right in the next game.

“We had our own chances and if we go one 1-0 up instead of 1-0 down it becomes a different game.”

The Bundesliga’s head coach Gerardo Seoane admitted: “We did what we intended to do and there were plenty of good things.

“We also made some mistakes, but we had Lukas Hradecky saving us, it was a sensational game from him.

“We knew we can rely on Hradecky, he is our captain.

“The victory was earned. Maybe the scoreline was a little bit too high, but we deserved to win.”