CELTIC fans can vote for the European Cup-winning Lisbon Lions to be crowned the greatest club team of the last century.

Jock Stein’s breathtaking Hoops side of 1967 that made history are in the final of a BT Sport poll with Barcelona.

The Parkhead men, who broke the barrier and became the first British club to win the European Cup when they beat Inter Milan 2-1 in the Portuguese capital on May 25 1967, are Scotland’s only representatives in the competition.

Fifty-three years ago, in the team’s most memorable campaign, the late, great Billy McNeill captained the side to victory in EVERY competition in which they played.

As well as lifting Europe’s most coveted prize, they won the league title for the second successive season, the Scottish Cup – beating Aberdeen 2-0 in the Final – and were triumphant in the League Cup when a Bobby Lennox strike downed Rangers.

They also threw in the Glasgow Cup after consecutive 4-0 victories over the Ibrox side, Queen’s Park and Partick Thistle.

They have been recognised by BT Sport as one of the most accomplished club teams – and supporters can vote for them to be named the greatest.

And now, they’ve progressed all the way to the final to meet the great 2008/09 Barcelona side which conquered European football under Pep Guardiola. 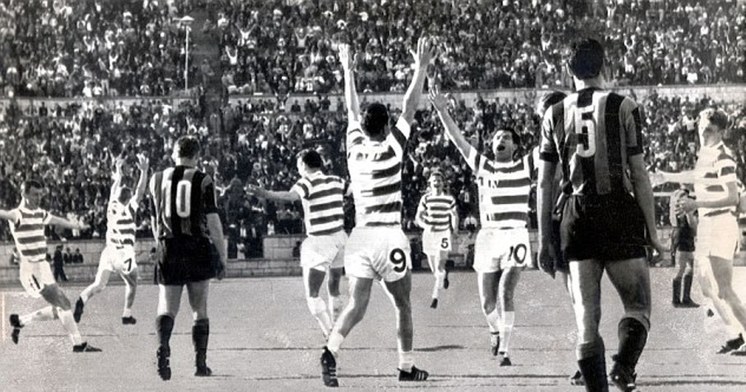 The all-important final vote was posted by BT earlier today and currently has just four hours left to run.

The Spanish giants are so far edging it by the finest of margins, with 52 per cent of voters opting for the Catalan outfit.

The Lions had a difficult route to the final of the online competition.

The Parkhead men were paired with Brian Clough’s Nottingham Forest, who were European champions for two successive seasons.

But they saw off the challenge with a 61 per cent victory.

The winner from the virtual Battle of Britain then progressed to face AC Milan – which was a much closer contest with only a 56 per cent win.

The Bhoys then overwhelmed Sir Matt Busby’s legendary Manchester United side of 1965-68, when they won the European Cup the season after the Hoops.

You can vote for Celtic in the final HERE.