SCOTT BROWN has admitted he is FRUSTRATED that Celtic’s nine-in-a-row surge has been halted by the coronavirus pandemic.

The Hoops skipper hopes the SPFL chiefs find a solution to complete the season – and give the champions the opportunity to extend their 13-point advantage.

Brown and Co were thundering towards the club’s 51st flag in history with only eight games to play.

However, the killer virus put their progress on hold while the game was forced into lockdown in the middle of last month.

Now UEFA have given the Hampden chiefs the go-ahead to call a halt to the campaign, but 34-year-old Brown is praying the football bosses don’t blow the final whistle early on the 2019/20 term.

The powerhouse midfielder, in a report in the Daily Record, said: “We obviously want to play the games.

“We think if we could continue playing, we could extend our lead at the top.

“We’ve had a fantastic season. We are 13 points clear with eight games to go, our goal difference is a lot better, as well, so we’re in a privileged position.

“It’s been a long, hard season already and we are also in the semi-final of the Scottish Cup, but we’ll need to see what happens. 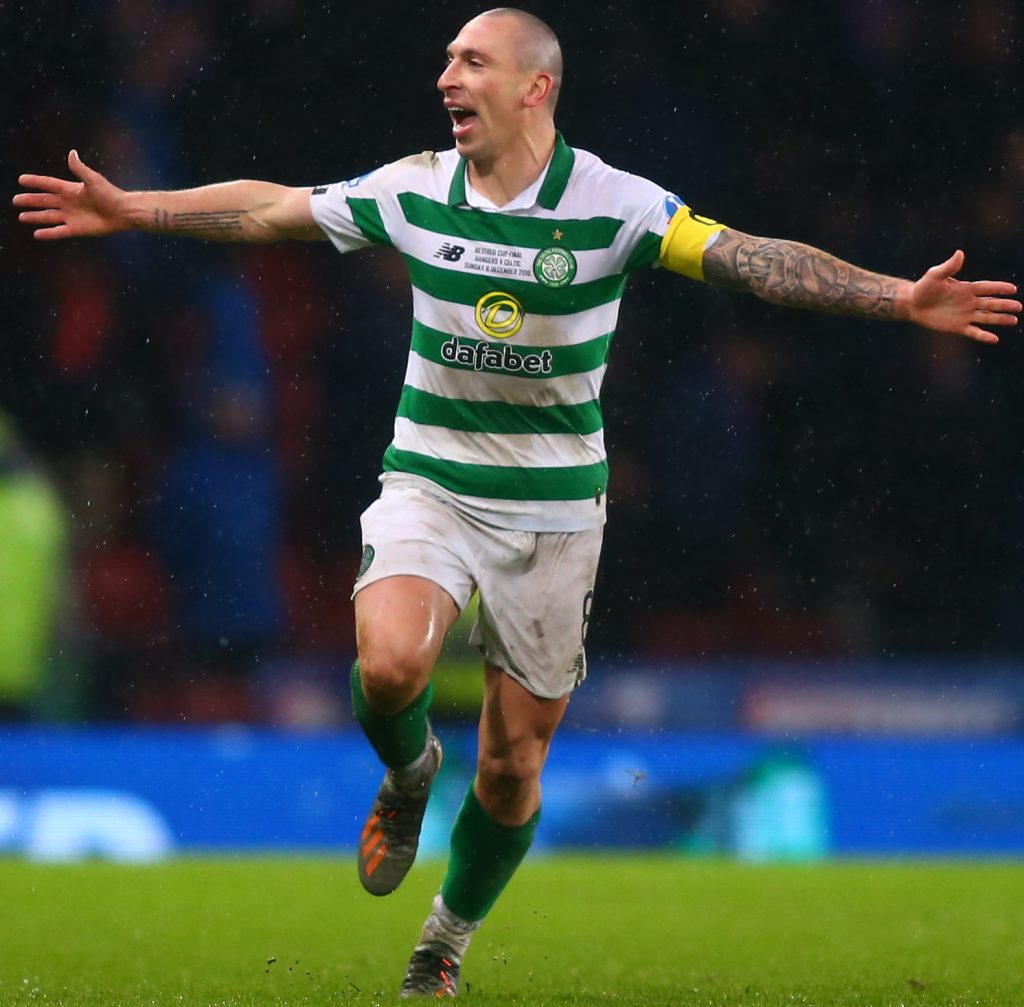 “We obviously want to play the games and finish the season. However, if the government decide to call it, that’s up to them.

“It’s hard. We want to finish the season. But no-one in the world thought this was going to happen, so we need to play it day by day.”

Amid the turmoil and uncertainty, the SPFL supremos have been under fire from some quarters, but Brown came to their defence when he added: “It’s hard position for anybody, to be honest.

“A lot of the leagues are exactly the same as us. It’s day to day, waiting to see what UEFA say and we have to follow that.

“We want to play. That’s our job, that’s what we get paid for and what we love to do, as well.

“Everyone wants to see football back – but we need to make sure it’s as safe as possible when it happens.”