JOE HART kept his goal intact for the third successive game in the 2-0 Premiership win over St Johnstone at Parkhead yesterday.

The Hoops keeper did not have a direct effort to save, but he still patrolled his goal area with a commanding presence and was quick off his line on the rare occasions the Perth side broke clear of their opponents’ stranglehold. 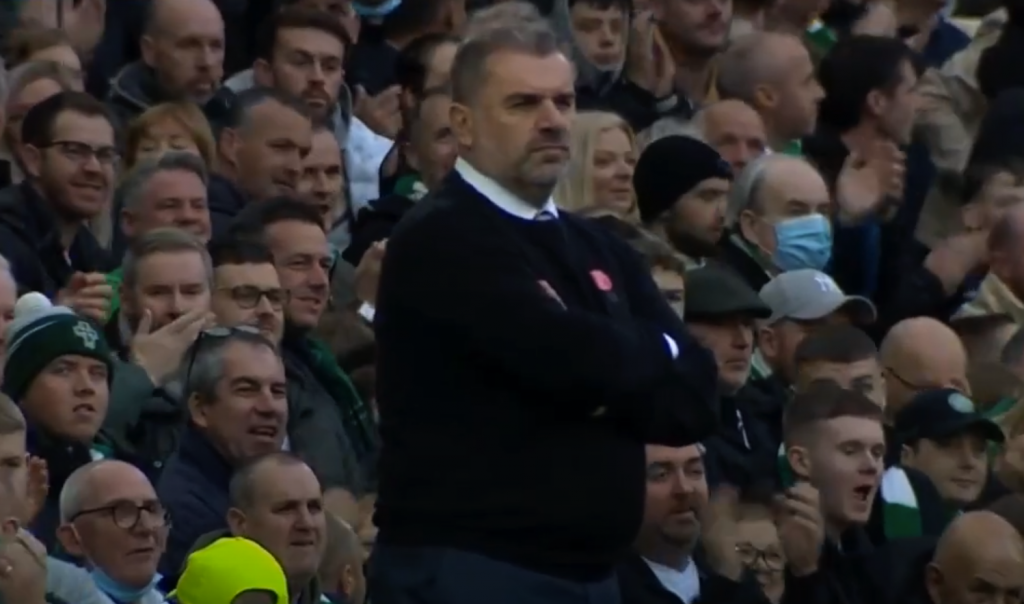 POSTECOGLOU IN PARADISE…the Celtic boss gets the backing of the fans.

Hart, who shut out Motherwell and Ferencvaros in 2-0 victories in the previous encounters, may not have been overworked, but he played his part in the most recent success – the fourth in a row including the 2-1 result at Aberdeen – and Ange Postecoglou was satisfied after watching Giorgos Gialmoukas net on his first start and Josip Juranovic, just back from injury, settle the game with an expertly-taken penalty-kick in the second-half.

The Greek-Australian gaffer said: “It was a disciplined performance. That’s going to be important for us in games where we dominate.

“Sometimes we won’t have the scoreline domination, so we’ve just got to keep things tight and make sure we play the game in their half.

“Joe and the back four – I don’t think Joe had a save to make – but it’s still important that they are communicating, they are well organised and we still work it out as a team.” 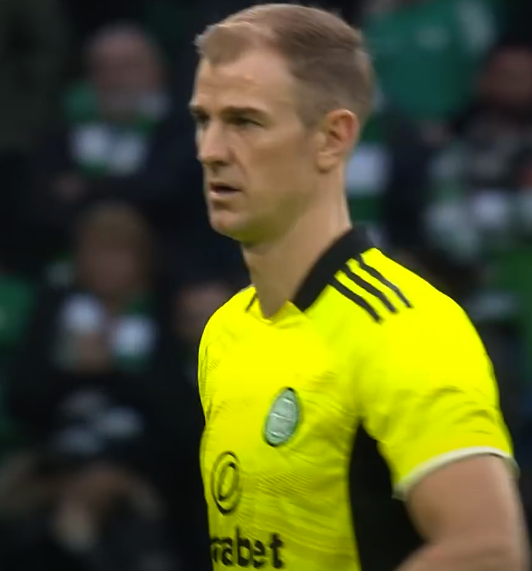 WATCHING BRIEF…Joe Hart maintains his concentration with the ball at the other end of the pitch.

Postecoglou, who is now preparing his players for the midweek visit to Easter Road for a crucial confrontation with Hibs, continued: “We didn’t expect it to be an easy game, they are well organised and they work hard, particularly defensively, and we had to be patient and keep our discipline.

“But I thought we did that well. We didn’t really get too anxious about things, we moved the ball around and we created the chances we needed, so we took them at the right time and in the end it was a deserved victory.”

The Hoops boss, speaking to Celtic TV, reflected on the breakthrough strike and added: “It was good. In these kind of games you have to take your chances because you know you’re not going to get a lot of them. There’s not going to be a lot of space, particularly in and around the box the way they play.

“So, it was never going to be a game where we could open them up and it was a bit of a lucky bounce.

“But that’s what we work on, anything that breaks in those areas, getting the first ball across and Giako was there to do the job.”