Celtic Quick News on News Now
You are at:Home»Latest News»WHY FORREST REFUSES TO ‘WING IT’
By CQN Magazine on 22nd May 2020 Latest News

JAMES FORREST insists he has no intention of merely winging it through the remainder of his career.

The 28-year-old flanker picked up his NINETEENTH winner’s medal this week when the SPFL awarded Celtic their ninth successive title with the game in lockdown since mid-March due to the coronavirus pandemic.

Forrest had played a major role for the ninth year on the trot in helping the team to the Premiership pinnacle, leading by 13 points with only eight games to play before the curtain came down on Monday.

The Scotland international has been flying and was even compared to the legendary Jimmy Johnstone by his Lisbon Lions team-mate Bobby Lennox. 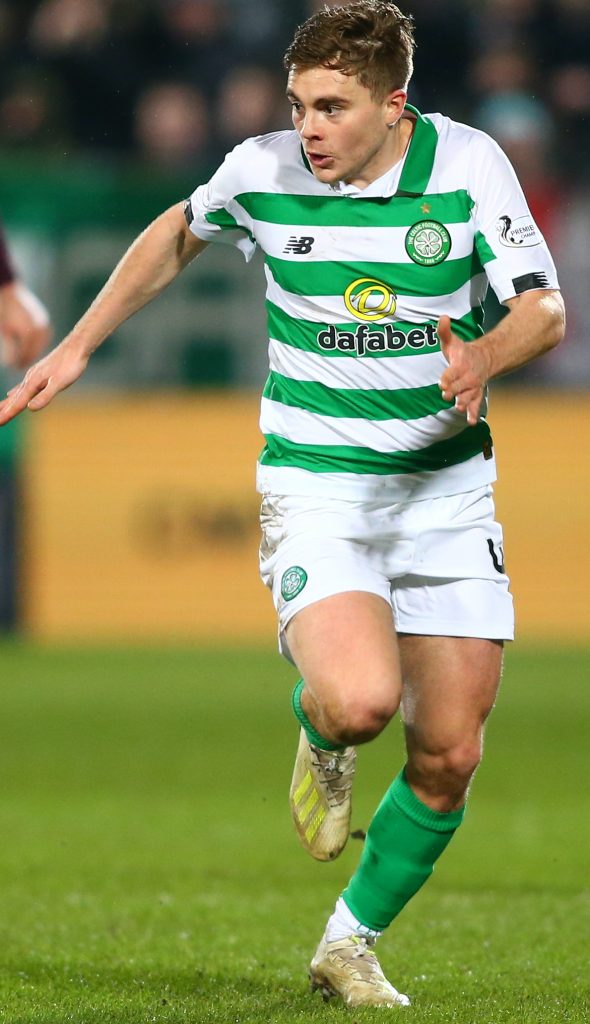 ON A WING AND A SLAYER…James Forrest in action.

Manager Neil Lennon also called him a “modern-day great” as the darting raider and captain Scott Brown completed their own personal nine in a row by playing in every campaign during the record-equalling sequence.

But Forrest refuses to live in the past and is already looking ahead to that 20th medal and also the historic 10 consecutive championships.

The home-grown talent, speaking to the Daily Record, said: “Of course, it’s really good when you hear positive stuff from people who you are playing with or managers and players from the past. Every player would say the same.

“Hearing something like that from Bobby Lennox is obviously good for your confidence. It shows you are doing something right.

“It’s quite humbling and I think my family will feel really good about it, but you don’t want to just rest.

“You can’t think: ‘Oh, someone has said this about me, so I don’t need to work as hard now’. You have to get the head down and push again.

“But, of course, when you hear something like that said about you by someone like Bobby, it’s far better than hearing someone say something negative about you, that’s for definite.”

In season 2018/19, Forrest upped his achievements by scooping all of the Player of the Year Awards with 17 club goals and a series of assists.

And he raised the bar again this time out and was just one short of the goal tally for the previous campaign. 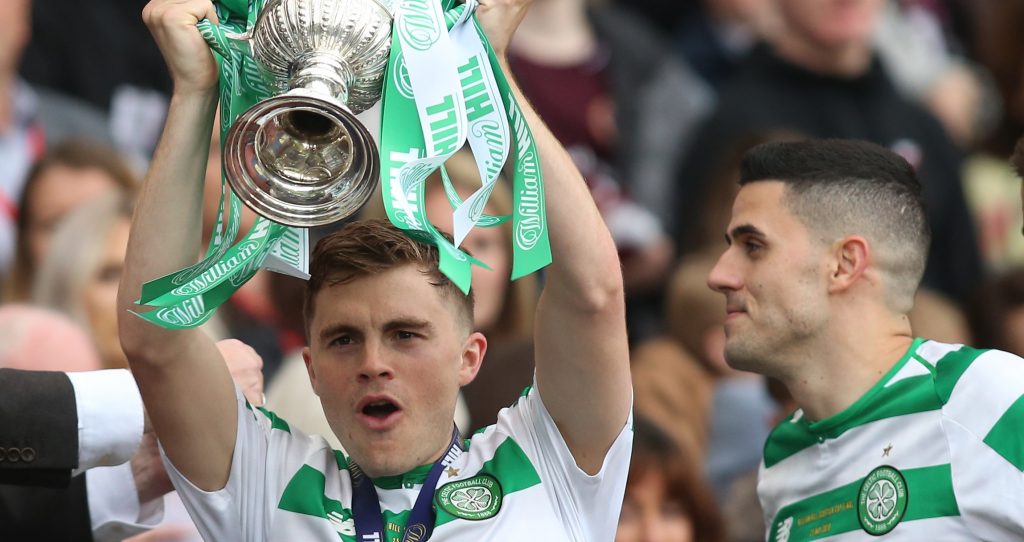 THE CUP THAT CHEERS…James Forrest holds aloft the Scottish Cup, one of his nineteen winner’s honours. Tom Rogic waits his turn for his medal.

Forrest added: “In the last couple of seasons, I feel as though I have kicked on. Last season, was good and I feel the way things were going this again with goals and assists, it was going to be strong again.

“It’s easier said than done, but I did feel it was a strong season and I did quite well.

“You don’t really focus at the beginning and set a target of: ‘Oh, I want a really good season this year’.

“You just get into it with the big games coming early with the qualifiers and you take it game by game. All of a sudden, there are 10 games left.

“That’s the best way to go about it.”