Celtic Quick News on News Now
You are at:Home»Latest News»WHY JURANOVIC WANTS TO BE PUT ON THE SPOT
By CQN Magazine on 27th October 2021 Latest News

The Croatia international defender calmly slotted a spot-kick beyond keeper Zander Clark for the Hoops’ second goal in the 2-0 win over St Johnstone at Parkhead on Saturday.

It was the £2.5million arrival from Legia Warsaw’s second successive conversion after netting the first in the 4-3 Europa League Group G loss against Real Betis in Seville last month.

On that occasion, Juranovic whipped a vicious effort over Costa Bravo’s right shoulder, but he varied his methord to flummox Clark when he rolled the ball in at the giant netminder’s left-hand post as the Perth No.1 took off for the opposite corner. 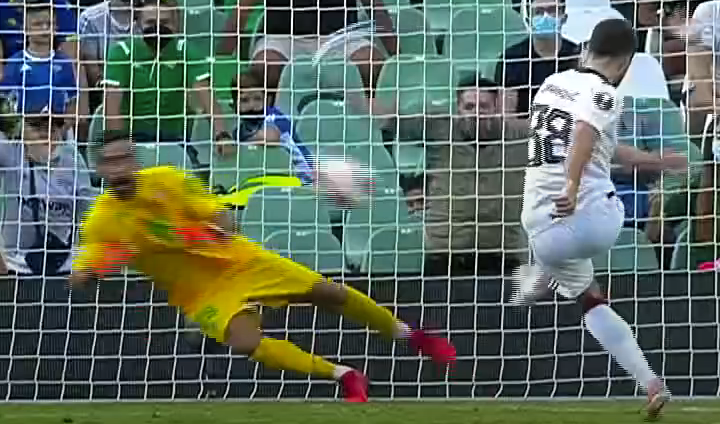 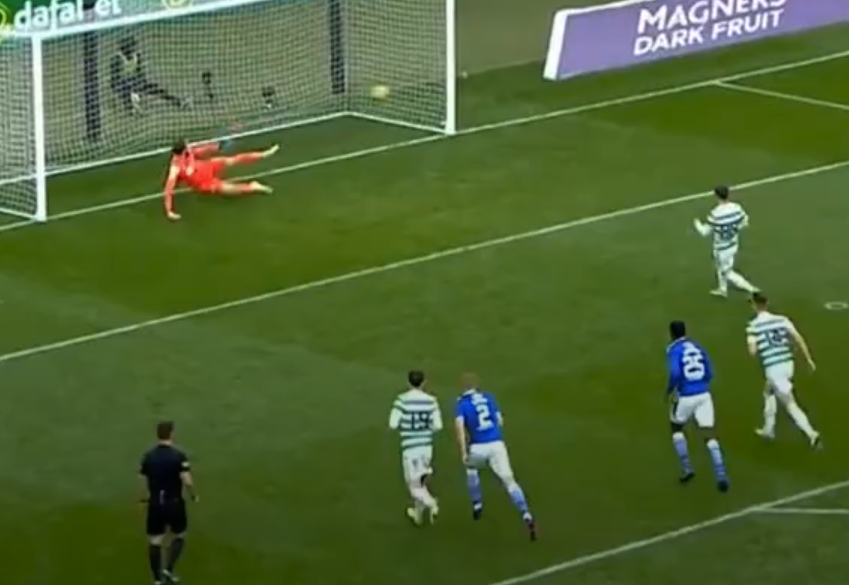 TO THE KEEPER’S LEFT…Juranovic strokes home his spot-kick past St Johnstone’s Zander Clark.

Last week, skipper Callum McGregor missed from 12 yards when Ferencvaros shotstopper Demis Dibusz dived to his left to push his effort to safety.

If the Hoops get an award against Hibs at Easter Road this evening, there will be no argument who will take the kick – the onus will fall on Juranovic.

The Croat, speaking to the Scottish Sun, admitted: “At my first club, when I was starting out in football, I was the penalty-taker. After that, though, I became a right-back.

“I took maybe three at my old club and managed to score them.

“Against Real Betis, just before we travelled, we had a training session and the coach said to me I was one of four players who would practice penalties. 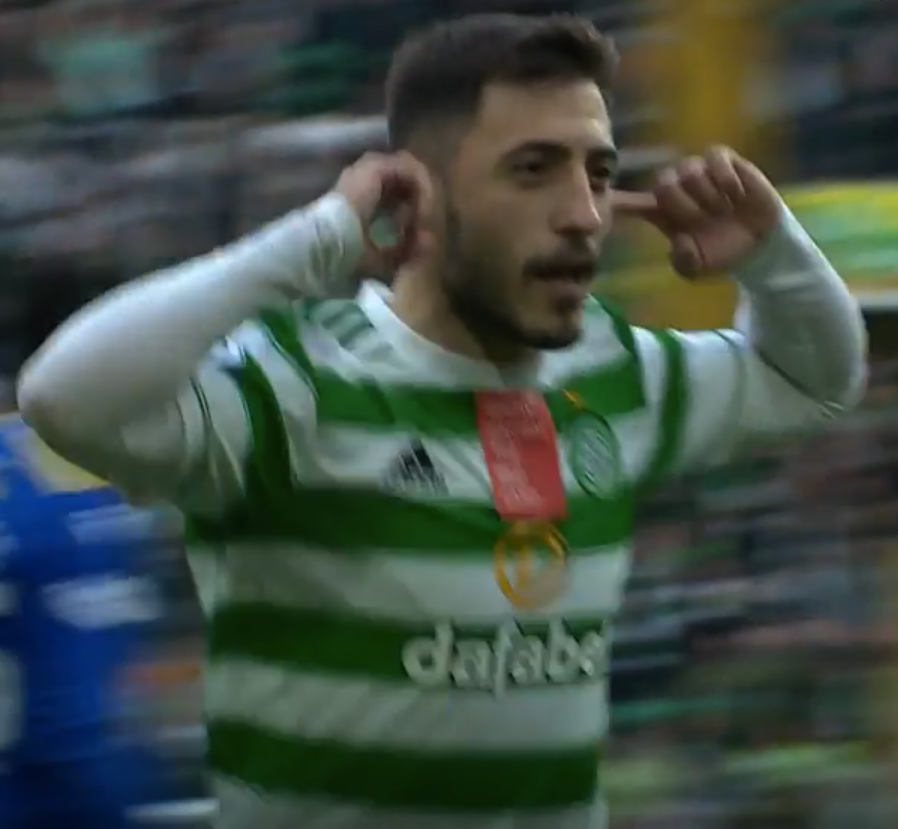 EAR EAR…Josip Juranovic celebrates his spot-kick strike against the Saints.

“We shot three each, I scored all of mine and the other players all missed one.

“So, because of that I am on penalties now.”

Ange Posetcoglou takes his squad to Edinburgh tonight looking for their fifth successive victory at a ground where they have not won since 2014.

The best they could manage last term were draws, 2-2 in November and 0-0 in May.