CELTIC Wonder Bhoy Kieran Tierney has praised team-mate James Forrest and insisted he doesn’t always get the acclaim he deserves.

The left-back said of his Scotland international colleague: “He steps up for the big games.

“Even Rosenborg away when he got the goal that got us through to the next round in the Champions League.

“He has scored in Cup Finals, as well. Playing against him in training is hard as he is so direct.

“He can go inside and outside and you usually need someone to double up to help you with him.

“James is a top player. 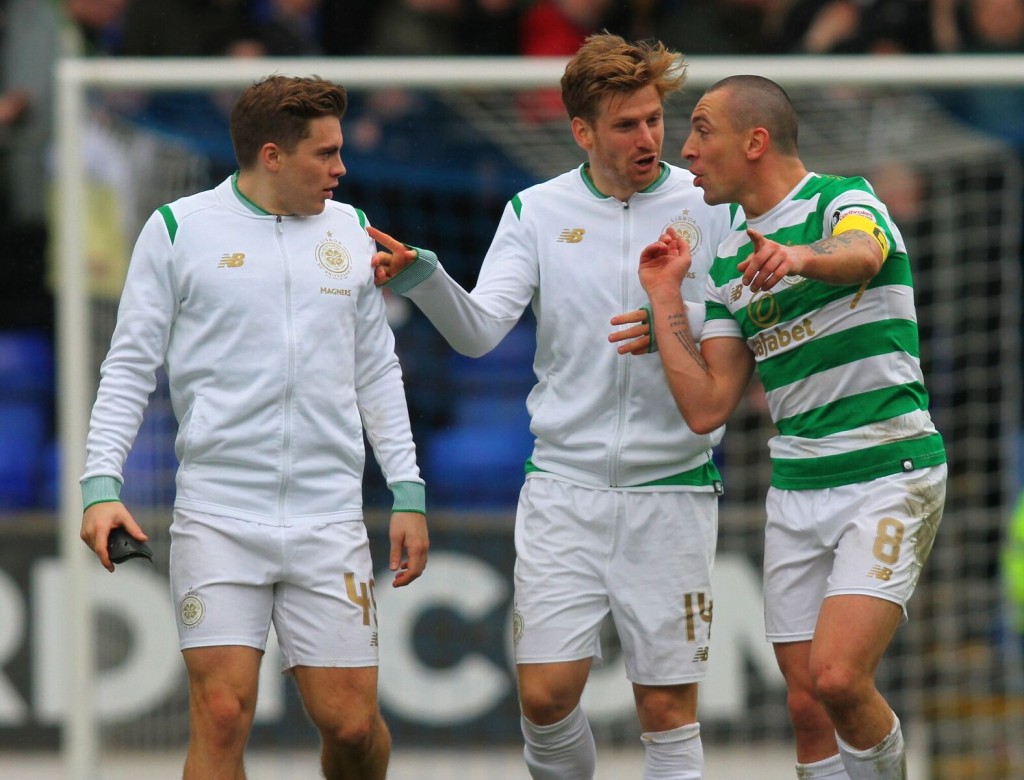 “With wingers, the competition is so hard that you might not always get the game time that you need, as you can’t just hit one or two games and hit top form, you need a run of games.

“James has shown he can do it on the biggest stage of all against one of the best teams in the world.”

* Kieran Tierney was talking to the latest edition of the Celtic View, on sale now.