NEIL LENNON is hoping tonight’s Europa League Group E clash with Lazio at a sold-out Parkhead will be “a celebration of football”.

Celtic go into the crucial confrontation against the Serie A outfit in the backdrop of threats of unacceptable chants and crowd misbehaviour.

However, the Hoops gaffer insisted this match could be rated as one of the “great European nights” under the floodlights in the east end of Glasgow.

The champions head into the game on top of their section after drawing 1-1 with Rennes in France and beating Cluj 2-0 in Glasgow at the start of the month.

They are also in good domestic form, following a six-goal rout against Ross County on Saturday.

Lennon, speaking at the pre-match press conference, said: “I think it’s a great game for all the fans to look forward to, and certainly the players. 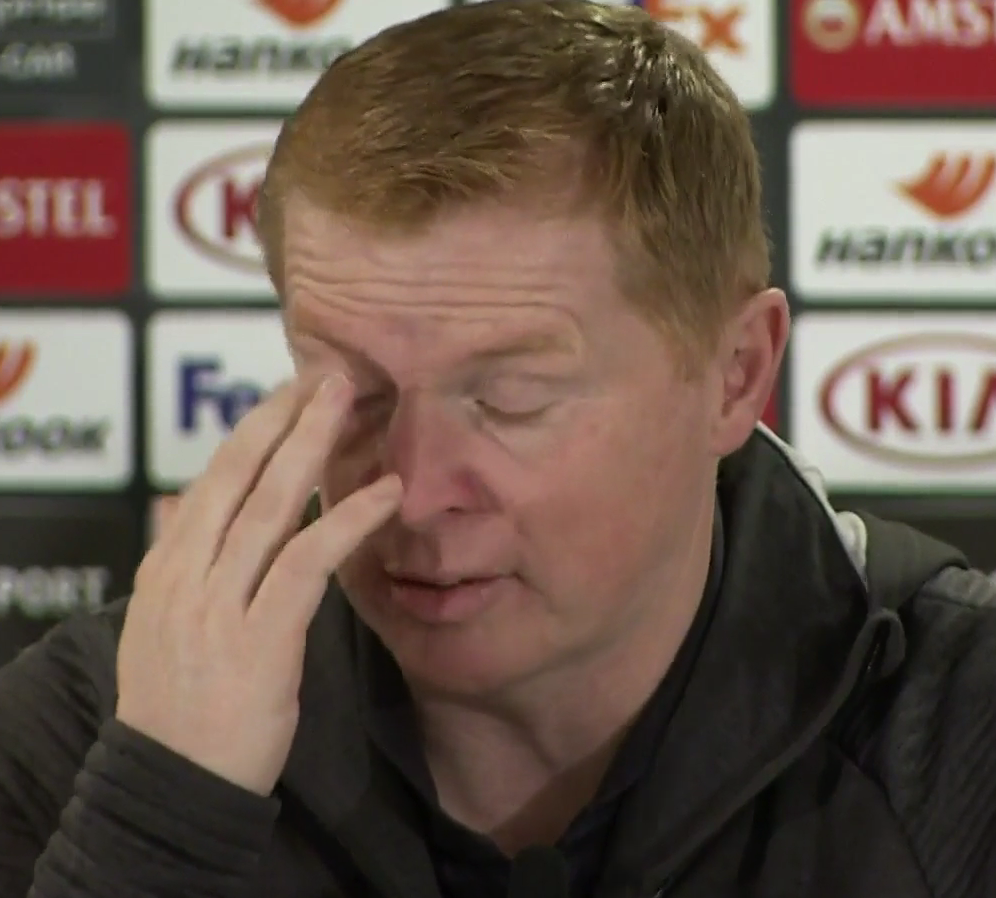 THE THINKER…Neil Lennon faces the media.

“We’ve made a great start to the group, we’re playing very well and off the back of a great victory at the weekend, the anticipation is building for this game.

“Hopefully, it’s going to be one of those great European nights here at Celtic Park.”

The trip to Rome in a fortnight’s time will see a partial stadium closure after the Italian club were charged with racist behaviour by UEFA during their previous outing against Rennes.

Lennon added: “I’m hoping this is a celebration of football between two great clubs.

“In the main, I think Lazio have a great support. There are always a minority who want to overshadow the game, make noise for the wrong reasons or put a stain on the game.

“I’m hoping that’s not going to be the case on this occasion. I’m hoping at the end of the game we’re talking about the great atmosphere against two great sides playing in a great game of football.

“There is an underbelly now of racism, not just in Italy, but we’re seeing it in eastern Europe, as well, and we want to eradicate that as quickly as possible because I have a duty of care to my players and I want them protected.

“They’re here to play football, it doesn’t matter what the colour of their skin is or what their background is.

“They’re here to play for Celtic and as far as we’re concerned we’re a club that’s open to everybody.”