ANGE POSTECOGLOU celebrated his 50th game in charge of Celtic with their first win over Livingston at the third attempt in West Lothian this afternoon.

Daizen Maeda got the ball rolling with a header in the 17th minute – shortly after Callum McGregor had squandered a penalty-kick – and James Forrest claimed the third in the crucial 3-1 win which keeps the Hoops three points ahead with eight games left to play.

In between those strikes, the unfortunate Nicky Devlin deflected an Anthony Ralston right-wing cross past Max Stryjek for the second shortly after the turnaround.

Postecoglou was understandably elated at the performance of his team as they obliterated the so-called jinx held over them by Livi on their plastic pitch. 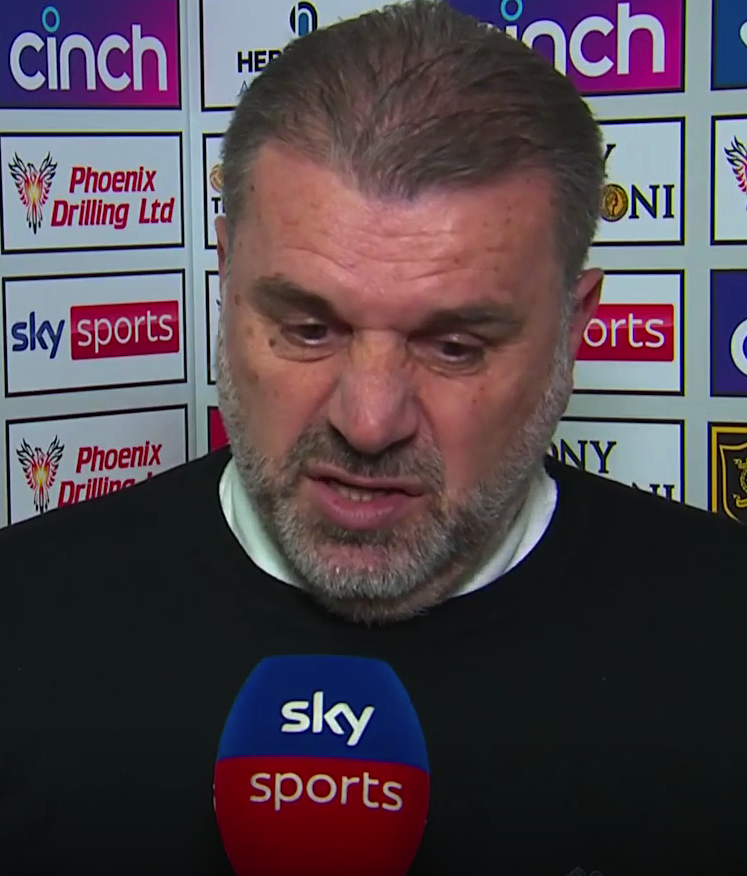 CELTIC VIEW…Ange Postecoglou delivers his verdict on the 3-1 victory over Livingston.

Asked about display, the Hoops boss answered: “Yeah, very pleasing. We kind of know it’s a difficult place to come and win, more importantly, I thought we played really well.

“We were dominant from the first minute, we still kept our patterns, created good chances, they were always a threat from set-pieces, but that was really the only threat.

“They are a big side, so it always going to be a bit of a challenge for us, but I thought we handled it well.

“The key is to approach each game, every challenge, in the same way – and that is what we do.

“We thought the answers lay in playing our football. A good energy, a good tempo.”

Postecoglou brought back James Forrest to start in front of Liel Abada who took over from the Scotland international in the 75th minute when the manager made a raft of changes.

Speaking of the 30-year-old winger, the Greek-Australian gaffer said: “Yeah, brilliant, he’s been working hard. As I said all along, we’ve put together a strong squad, people who can contribute, I thought James, Tommy Rogic, Tony Ralston gave us the energy. It’s three games in the week, I thought that would help us. 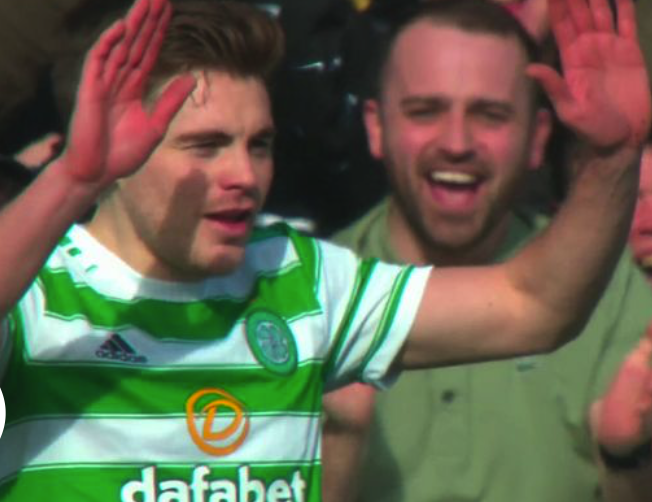 HANDS UP IF YOU’RE HAPPY…James Forrest celebrates his first league goal of the season.

“I thought James was outstanding, he took his goal well, but I also thought he played well.

“We’ve got our first midweek off since the start of the year, the programme changes a bit, but having a strong squad helps us. It means our level of training will be of a high standard and that will prepare us for what’s ahead.”

Reflecting on the team’s last Premiership defeat at Livingston back in September, the team’s third league loss in six games, Postecoglou, speaking to Sky Sports News, added: “I just think the players are a really resilient mob.

“The last time we left here, we were in sixth spot. It goes to show you, they, right from the start, even though they were difficult beginnings, this group of players, whatever challenge they had they’ve overcome and continue to overcome.”

Celtic can now switch their attention to the Scottish Cup when they face Dundee United in the quarter-final at Tannadice a week tomorrow.