Celtic Quick News on News Now
You are at:Home»Latest News»‘AMAZING,’ JOTA HAPPY TO BE BACK
By CQN Magazine on 17th July 2022 Latest News

FILIPE JOTA paraded his flashing skills in his first game at Parkhead as a permanent Celtic player in the 2-2 draw with Blackburn Rovers yesterday.

The Portuguese flyer, who moved to the champions in a £6.5million switch from Benfica after his impressive season-long loan, was outstanding in a competitive encounter against opponents who proved they were not in the east end of Glasgow to stand back and admire the skills of their rivals.

Jota netted on his last outing at the venue back on May 14 when Ange Postecoglou’s side brought down the curtain on an extraordinary campaign with a 6-0 rout of Motherwell.

BY THE RIGHT…Filipe Jota wallops in a superb first-time drive for the equaliser against Blackburn Rovers.

The 23-year-old entertainer kicked off in similar fashion when he flashed in the equaliser after the Ewood Park team had opened the scoring in the first minute through Sam Gallagher.

It was a Man-of-the-Match display from Jota who also produced an audacious piece of skill which left an opponent totally bemused which had the supporters on their feet in appreciation.

A delighted Jota, speaking to Celtic TV, said: “It’s an amazing feeling to be back and play in front of these amazing fans.

“I think we’re building for a strong season, the team is feeling good and, game after game, we are getting better and that’s what we’re looking for. 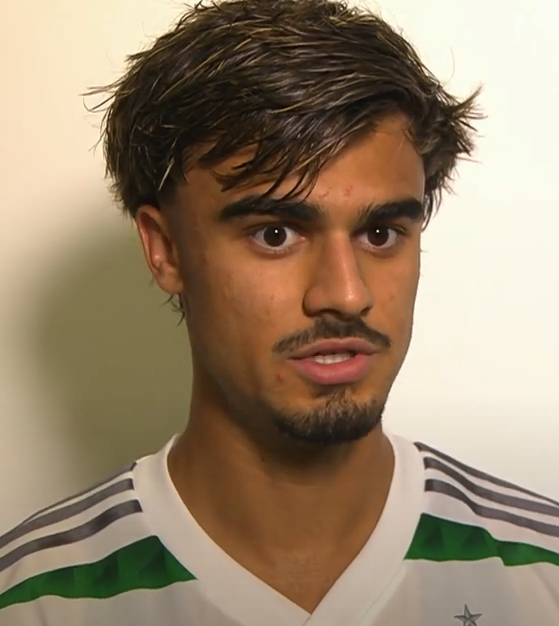 “We know that the Championship teams are always very tough and aggressive and intense, so that’s what we were looking for, so we just need to keep working really hard every day and be ready for the first game.”

Jota and his team-mates now head for Poland to face Legia Warsaw in the Artur Boruc Testimonial Match on Wednesday before returning to Glasgow for Saturday’s game against Norwich City.

The defence of the title begins a fortnight today with the visit of Aberdeen on Flag Day.