Celtic Quick News on News Now
You are at:Home»Latest News»‘ANNOYED WITH EVERYTHING,’ RAGES ROBBO
By CQN Magazine on 7th September 2019 Latest News

RAGING Scotland skipper Andy Robertson admitted he was “annoyed with EVERYTHING” after the 2-1 loss against Russia in the Euro 2020 qualifier at Hampden.

The Scots’ hopes of qualifying from their group are now in shreds, despite the gift of an early goal, as CQN reported in their match summary last night.

John McGinn scored his first international strike in the 10th minute after a fumble by the keeper, but efforts from Artem Dzyuba in the first-half and an own goal from Stephen O’Donnell after the interval proved to be the nation’s downfall.

Robbo could not contain his anger when he gave his reaction to the flop after such a promising and enterprising start by the team.

The Liverpool defender, speaking to Sky Sports News, said: “There’s frustration, annoyance, everything that goes along with it.

“You can feel it from the stands and we’ve only got ourselves to blame for that, they’ve got every right. It wasn’t good enough.

“First 15 minutes, I thought we were good, got the goal and it was as if it scared us, I’ve never seen anything like that before. That needs to change, If we go into a lead it should be a positive not a negative.

“I’m annoyed with everything. My performance, what the rest of the lads did, all of us except David Marshall, really. To have 10 players from the start not really showing up and putting in the performances we can is never going to win you a game of football.” 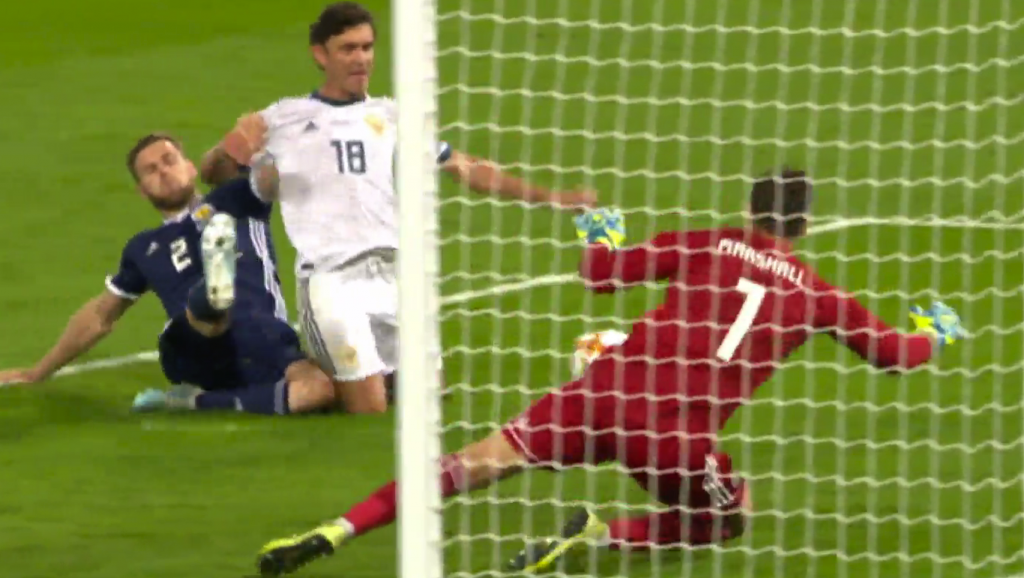 SHOCKER No.2…Stephen O’Donnell diverts the winner beyond the stranded Marshall.

McGinn laid the blame squarely at a lack of belief among his team-mates of a country which has not qualified for a tournament of any kind since the World Cup Finals in France in 1998.

Alex McLeish was sacked after a poor start to this qualifying campaign with a disastrous first-game three-goal walloping from the minnows of Kazakhstan.

The Aston Villa midfielder said: “It was a mixture of things, maybe we lacked a bit of belief and that is not acceptable. 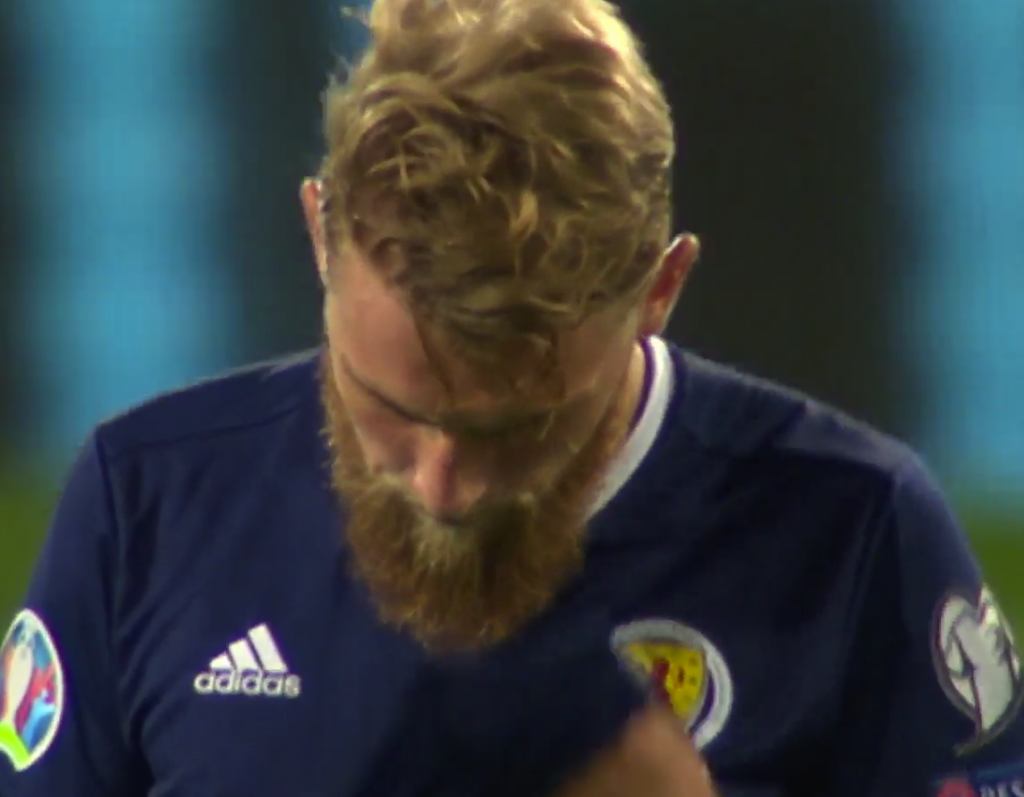 DOWN AND  OUT…stiker Oli McBurnie is dejected at the end.

“We have got to believe we can go and make it 2-0 and 3-0 because if we don’t do that we are not going to make any tournaments. We know we are capable in there and that is the frustrating thing.

“All the boys are gutted. We know we have messed up and we know what we have to improve on and, if it happens again, hopefully we will be in better position to solve it.”

The Scots, who also lost 3-0 in Brussels in June, now face Belgium, rated the world’s No.1 nation, to Hampden on Monday evening.

There can be no hiding place for the Scots on this occasion.