EXCITING, eye-catching arrivals such as Kyogo Furuhashi, Filipe Jota and Liel Abada have taken the headlines as Ange Postecoglou has shaped his new-look Celtic side.

The fusion of electrifying talents of the Japanese striker and the wingers from Portugal and Israel have illuminated the east end of Glasgow as the Hoops continue to recover from their stuttering start to the campaign.

Postecoglou arrived from J-League football on the other end of the globe as he accepted the responsibility of becoming the long-term successor to Neil Lennon who left the club in February in the midst of a turbulent term that inexplicably came off the rails following a summer that promised so much.

While Kyogo and Co are to the forefront of the rebuild, former Celtic goal hero Chris Sutton has pinpointed an unsung hero of the revamp who appear to have gone under the radar with his efforts to stabilise a team that lost its way last year. 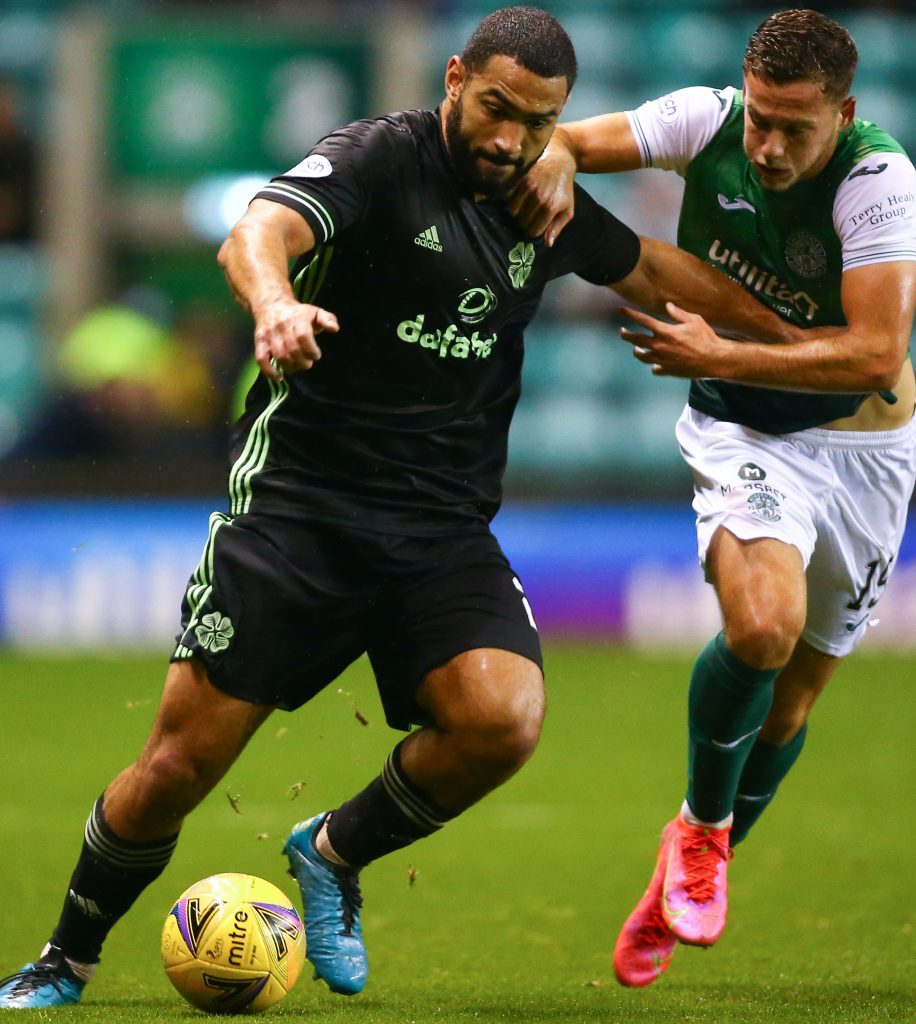 “However, the centre-back is doing things which are just as valuable as some of the superb attacking weapons that the manager gathered during his summer shopping trips.

“And Carter-Vickers did something barely believable in midweek. He scored a goal for Celtic from a corner-kick.

“Honestly, there’s scarcely a team in Britain as bad as Celtic over the past couple of years at set-pieces at both ends.

“It’s such a massive part of the modern game. For all the swashbuckling football, teams need to be good at deadballs both offensively and defensively.

“Seeing Carter-Vickers get on the end of one David Turnbull delivery and Anthony Ralston another to score two in one game at Easter Road was almost as eye-opening as some of the play.

“Crucially, the Spurs loanee also wins his fair share of first balls into his own box. So does Ralston while Carl Starfelt is getting better. 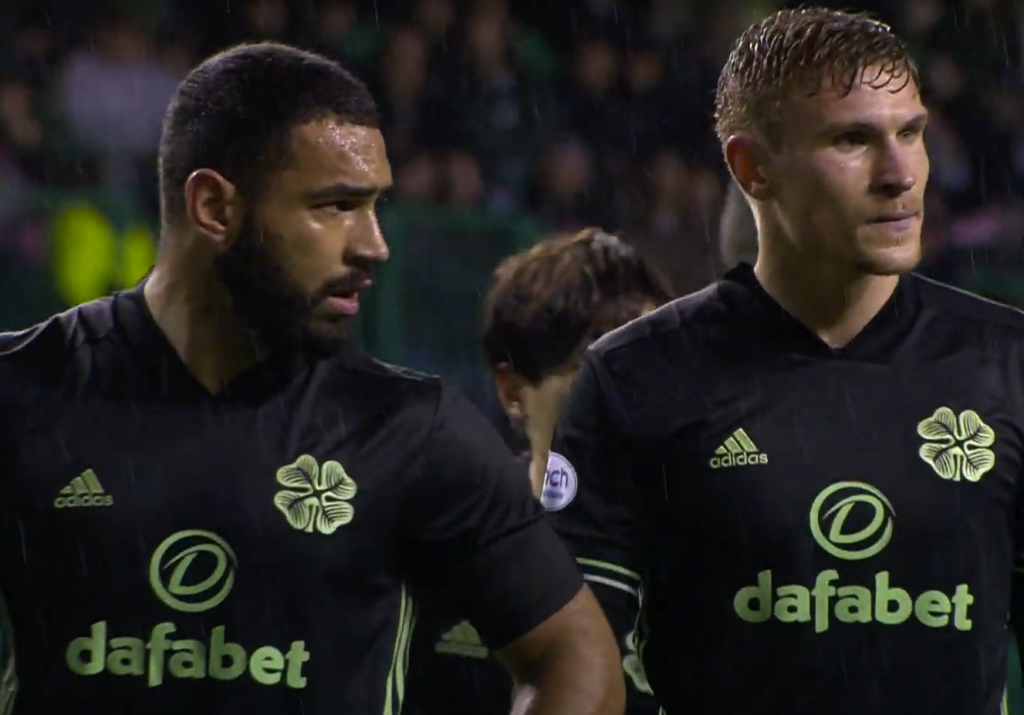 “Carter-Vickers was signed in the last seconds of the window. It might have been a punt by the boss, but it’s working out.

“I saw him play for Spurs against Pacos Ferreira in the Europa League and he had a poor game, but he’s stepping up at Celtic. The brand of football Postecoglou adopts leaves his centre-backs exposed.

“They need all the attributes of pace, reading of the game and composure on the ball to succeed and the signs are Carter-Vickers has them.”

Sutton, speaking to the Daily Record, continued: “With Joe Hart making big saves at key times, Celtic have tightened up significantly in recent games and given themselves a necessary platform to build their attacking stuff.

“All good teams need a solid base. Postecoglou is getting there and, remarkably, he could be sitting at the top of the Premiership tonight. Given what he inherited in the summer, that’s an astonishing state of affairs. Fair play to him and his players. 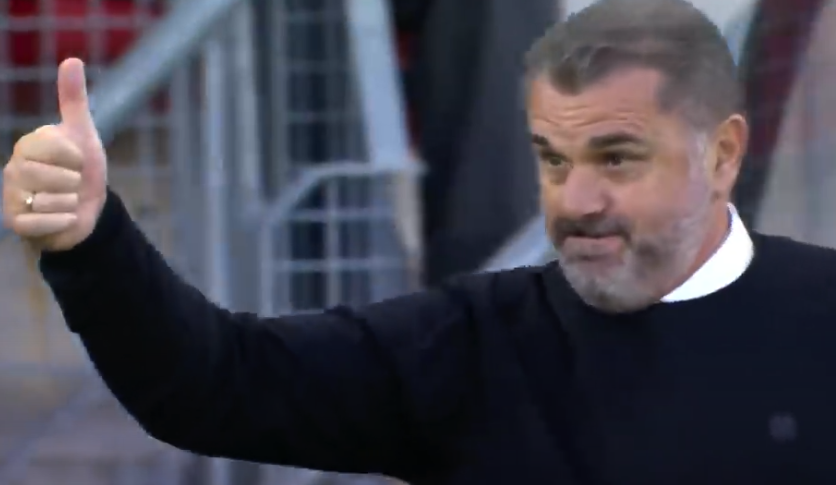 “But Postecoglou won’t be fooled and neither should anyone else – Celtic still have a long way to go. A lot more improvements to make.

“Beating Livingston to get to the summit won’t change that fact, even if it will be a nice marker point for the squad.

“Celtic are making strides in the right direction and the boss deserves praise.

“Carter-Vickers, for a start. Solid and no nonsense. Hart has started well bar a couple of mistakes. Starfelt is improving. Josip Juranovic looks decent.”

Sutton added: “At the top end of the pitch, the signings of Kyogo Furuhashi and Jota have lit up Parkhead with Liel Abada also making a reasonable start to life at Celtic. 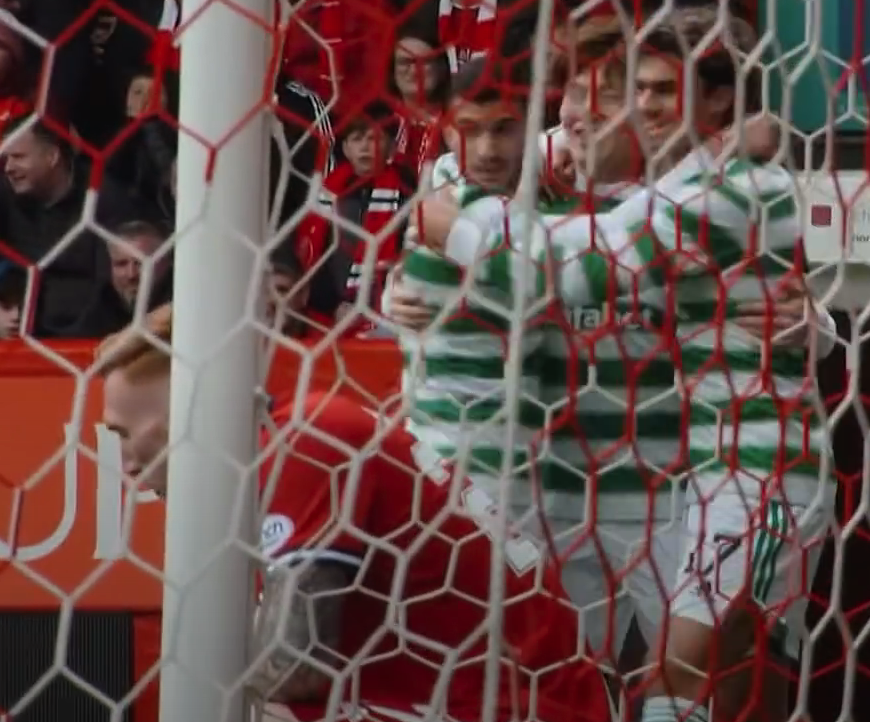 THREE CHEERS…Kyogo Furuhashi is congratulated by Liel Abada and Filpe Jota after his goal against Aberdeen at Pittodrie.

“Giorgos Giakoumakis scored on his first start last weekend and, with Mikey Johnston back and James Forrest to return, the use of options will be interesting.

“I was worried about the return, in terms of minutes, as regards James McCarthy when he arrived and that is still the case.

“Tom Rogic’s hamstring injury has exposed the midfield situation. He, Callum McGregor and Turnbull have to stay fit and firing until January and the chance to get more provisions into the engine room, so the Australian’s absence poses a problem.

“McGregor can step forward, but Celtic lose tempo when he does because Nir Bitton, Ismaila Soro or McCarthy just don’t have his ability or speed of play.

“It slows them down and makes them easier to defend against.

“Postecoglou seems dead-set on the 4-2-3-1 system, so that rules out any chance of him playing Furuhashi up front alongside Giakoumakis and having two in there.

“The Japanese doesn’t seem as effective out wide, so what does he do? Would he consider keeping McGregor and Turnbull where they are and trying Kyogo as the No.10?

“Not sure I see him doing that and I’m also not convinced Johnston has the game to do it. Can Bitton step up a gear?

“Whatever happens, it’s important he finds the solution and Celtic keep up momentum.”