VAKOUN BAYO’S loan deal to French outfit Toulouse has stalled – due to the coronavirus pandemic.

The Celtic striker, who has struggled to make the breakthrough at the champions following his £2million arrival in January 2019, hoped to have everything signed and sealed over the weekend.

However, it has been delayed after the Ligue 2 club’s manager and assistant tested positive for coronavirus, according to a report in the Daily Record.

The Ivory Coast frontman has already been pictured in a Toulouse strip for publicity shots and the shift had been expected to be rubber-stamped today.

But the move is on hold after boss Patrice Garande, his deputy Jean-Marie Huriez and two first-team players all tested positive, forcing their weekend friendly against Rodez to be cancelled and the club to go in temporary lockdown. 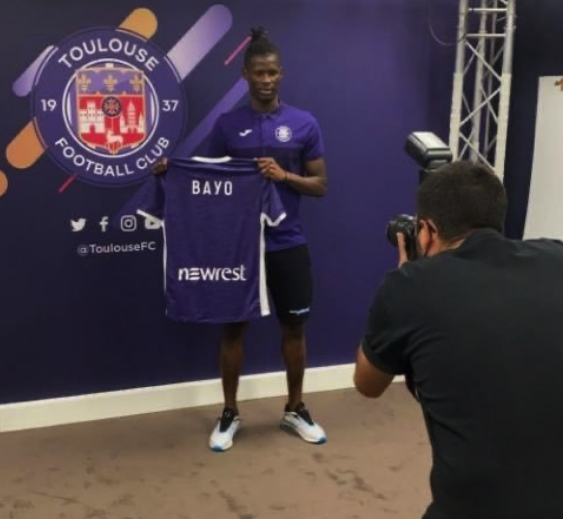 A Toulouse statement said: “Up to now, four cases have been confirmed – the manager, Patrice Garande, his assistant, Jean-Marie Huriez and two players. Furthermore, seven players will be tested again this weekend.

“Training will resume later this week, led by other members of the coaching staff.”

Bayo has started just one league game and made eight substitute appearances in 18 months since signing for the Hoops. Last season, he scored in the 5-0 Betfred League Cup win over Championship side Partick Thistle at Parkhead and another against League One outfit Clyde in the 3-0 Scottish Cup triumph at Broadwood.

The champions are reported to be willing to accept a cut-price £500,000 transfer fee for the 23-year-old frontman.

* DON’T miss the unbeatable match report from Kilmarnock v Celtic today – only in your champion CQN.