CQN pays tribute to Celtic legend Billy McNeill who passed away three years ago today at the age of 79.

BILLY McNEILL is the Greatest-Ever Celt. Without hesitation, I would place my former manager right at the pinnacle of all those who have been associated with this famous club since it came to life in 1888.

There will be those who may query my choice when you consider the names of so many other legendary individuals sprinkled throughout Celtic’s remarkable history. For me, though, Big Billy is the best of the lot.

Jock Stein? What he achieved at the club was simply breathtaking. He took over a team that had won nothing for eight dismal years and, two seasons later, had become the first UK side to conquer Europe.

What an incredible feat and you have to also take into consideration the nine-in-a-row title triumphs and umpteen Cup victories. Even getting Celtic to a second European Cup Final three years after Lisbon was extraordinary. Big Jock has deserved every bit of praise and acclaim that has come his way. 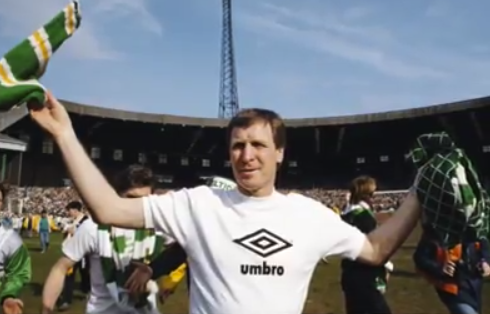 Jimmy Johnstone? The Celtic supporters voted him their Greatest-Ever Player and the Wee Man merited that award for entertainment value alone. He could turn a game on its head with a shake of his hips, a mazy run through a forest of legs and set up a goal or claim one for himself.

He was an exciting individual as well as being a colourful character. The Celtic fans, quite rightly, loved their wee winger with the ability to illuminate dull, grey afternoons in the dead of a Scottish winter.

Kenny Dalglish? A special talent, no argument. The Lisbon Lions, including my pal Bobby Lennox who was so helpful to me in the early years? Each and every one of them, including Billy, a genuine legend. Henrik Larsson? Another fabulous showman the supporters took to their hearts. Danny McGrain? Danny was the best I ever played alongside. If he had a bad game, I must have missed it.

Danny’s consistency was such I have no recollection of any winger giving him a hard time. I could go all the way through history and mention names such as Willie Maley, Jimmy McGrory, Charlie Tully, Bobby Evans and so on. Everywhere you look there is an iconic figure at this great club.

That is why I believe it is even more of an achievement for Billy McNeill to get my vote. Why Billy? What has he got that places him ahead of the other worthy and outstanding candidates?

Billy McNeill, in my eyes, was the complete package. As a player, he made almost 800 appearances, more than any other performer in the club’s history. Take a look at his medal haul, twenty-three as the club’s on-field leader. As a manager, he appeared to be the logical choice to take over from Jock Stein in 1978.

There are a few who would have shirked that responsibility of stepping into those shoes. Billy embraced the awesome challenge and won a league title in his first season.

It also seemed only right and proper that he was in charge when Celtic claimed the league and Cup double in our centenary year. In his seasons in the dug-out, he picked up five titles, three Scottish Cups and a League Cup.

As an ambassador, he was first class, a proud character who knew the true worth of Celtic Football Club and a gentleman who possessed the charm, warmth, wit and intelligence to spread the word about the traditions of the club.

And those are just some of the reasons I rate Billy McNeill as the Greatest-Ever Celt.