CELTIC’S Champions League foes Bayern Munich lost their unbeaten tag when they crashed 2-0 away to Hoffenheim.

There have been tales of all not being well at the German giants as they pursue their sixth successive Bundesliga title. 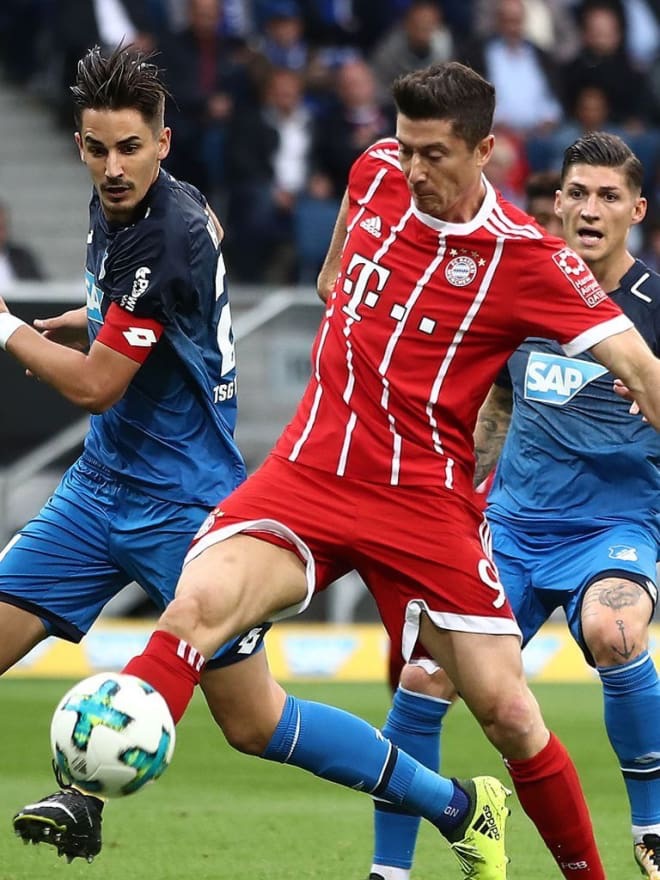 Wantaway striker Thomas Muller started against Hoffenheim, but drew a blank, eventually being replaced in the 78th minute by James Rodríguez.

By that stage, Bayern were already two goals down to a Mark Uth double.

Robert Lewandowski saw an early effort clip the woodwork, but it Hoffenheim took the lead just before the half-hour mark through Uth.

He doubled the hosts’ lead in the 50th minute.

The result means Bayern have six points from three Bundesliga matches and sit a point off top spot.

Bayern face Anderlecht in the Champions League on Tuesday and return to Bundesliga action next Saturday, when they entertain Mainz.