Bob Rooney, hands open wide, races on to the pitch.

His bottle green tracksuit bearing the title of ‘Trainer’ in stitched white letters to the rear.

Neilly Mochan’s spontaneous leap from the bench is as energetic as the man himself.

He is roaring with delight, a beaming grin befitting his age-old moniker, ‘Smiler.’ Sean Fallon, suited, raises his right arm – fist clenched – to the heavens. 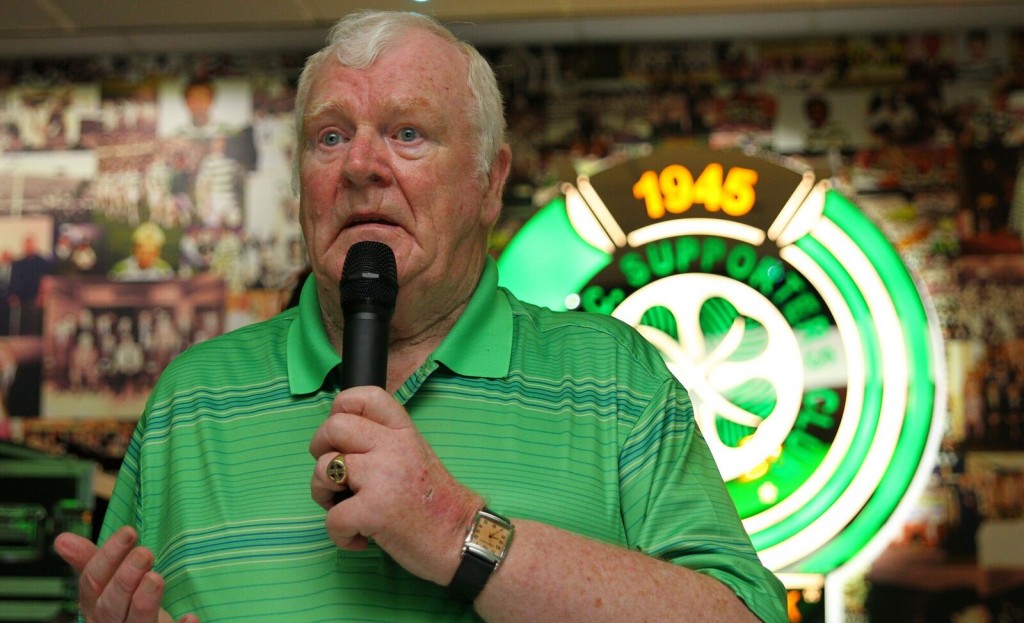 His left arm, perhaps still affected by a broken collarbone suffered on the field of play, holds his tie.

Sean’s decision to play on with that injury in a 1950s encounter with Hearts went some way to earning him his ‘Iron Man’ nickname.

One figure is missing from this timeless photograph, as Jock Stein – wracked with emotion and nerves – had gone for a walk in the dying minutes of the Lisbon heat.

It is an image that has become an iconic part of the club’s incomparable chronicles, a snapshot of unimaginable glory – the Celtic bench at full-time, Lisbon, 25th May 1967.

The 12th man on that unforgettable afternoon in Portugal is these days a hugely popular, legendary figure at Celtic Park. The ginger locks may have lightened over years as the waistline increased, but John Fallon’s recollections of those halcyon days are as vivid as they are unique. 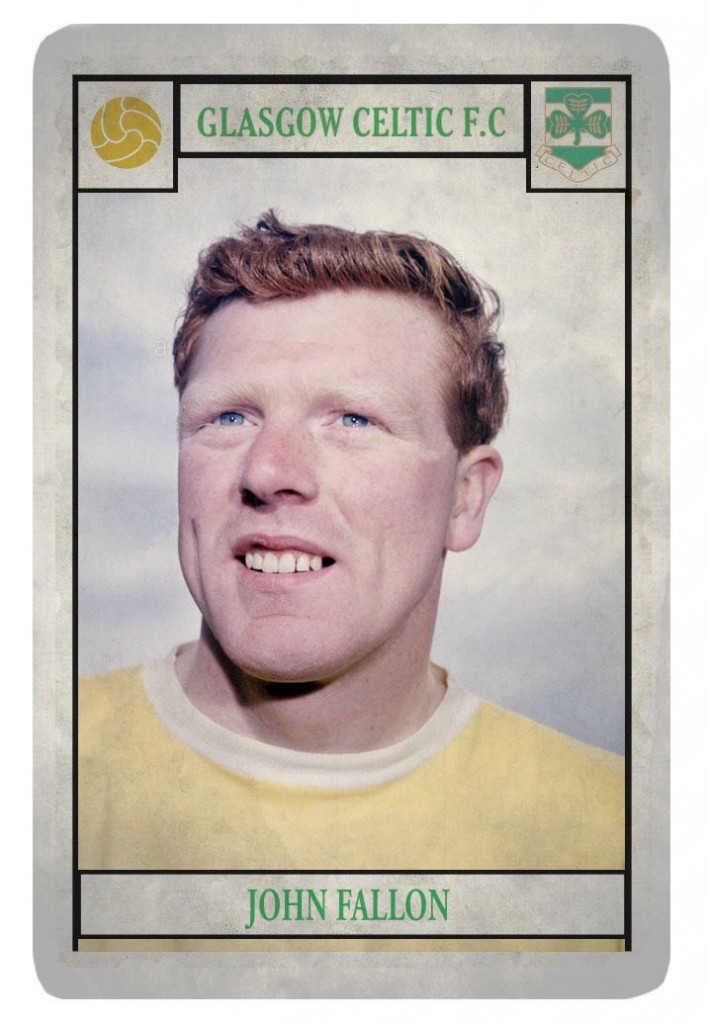 In a cruel act of dictatorship, however, John Fallon – The Original Holy Goalie – was to be denied his European Cup winners’ medal in the aftermath of this groundbreaking victory, as he explained to A Celtic State of Mind:

“After we won the cup… we went to this restaurant, and (Inter) Milan were late in coming. I think they had taken the ‘cream puff’ because they got beat.

It took a long time, so we just wanted the meal over with. They were told to be there, so they came. They weren’t too happy; they weren’t talking to anybody.

Billy (McNeill) was called up by the president or the chairman, and he was handed this brown box, “That’s your medals.”

He started with Ronnie, and gave everyone a medal… There was one left, and he went, “That’s yours.” So that was the 12th.

I remember putting it on the table, putting it into the top pocket of my blazer. We were sitting talking away, time passed, and Big Jock came up. 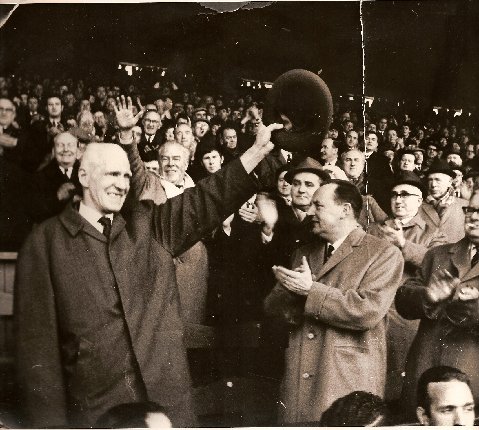 “Aw, they forgot one for the referee.”

I gave him it, and I got a replacement at the Christmas dance in Glasgow… I just looked at it and said, “Ah, that’s the same medal.”

I never thought about it, and it wasn’t until somebody said to me, “It’s not a real medal you’ve got.” It didn’t have a stamp on it and it’s a different colour… It’s more of a golden one. The European (medal) was a red gold. When I looked at my medal it was shiny. It (the original) was made in Switzerland; this one was made in Birmingham.

It was a certain director, who looked after a lot of the players (Willie Haughey), turned around and told me the real story – It went to Bob Kelly… It never went to the ref.”

John Fallon was speaking to Paul John Dykes and Kevin Graham as part of A Celtic State of Mind’s first live event. The full interview is now available on Episode 30 of The CQN Podcast, where John also discusses pay disputes, bonus rows, cigarettes & alcohol at Seamill, breaking up The Lisbon Lions and The Quality Street Gang, the battle of Montevideo, and his volatile relationship with Jock Stein.

Listen to the podcast here: