BRENDAN RODGERS is still weighing up his choices before he names his line-up for Ibrox tomorrow.

The Celtic boss has been boosted by the return of crocked duo Dedryck Boyata and Stuart Armstrong who were involved in training during the week.

The Belgian international central defender has been sidelined since limping off with a groin strain in the 1-0 loss against Kilmarnock on the dodgy surface at Rugby Park on February 3.

Midfielder Armstrong has been out since undergoing a hernia operation during the January break. 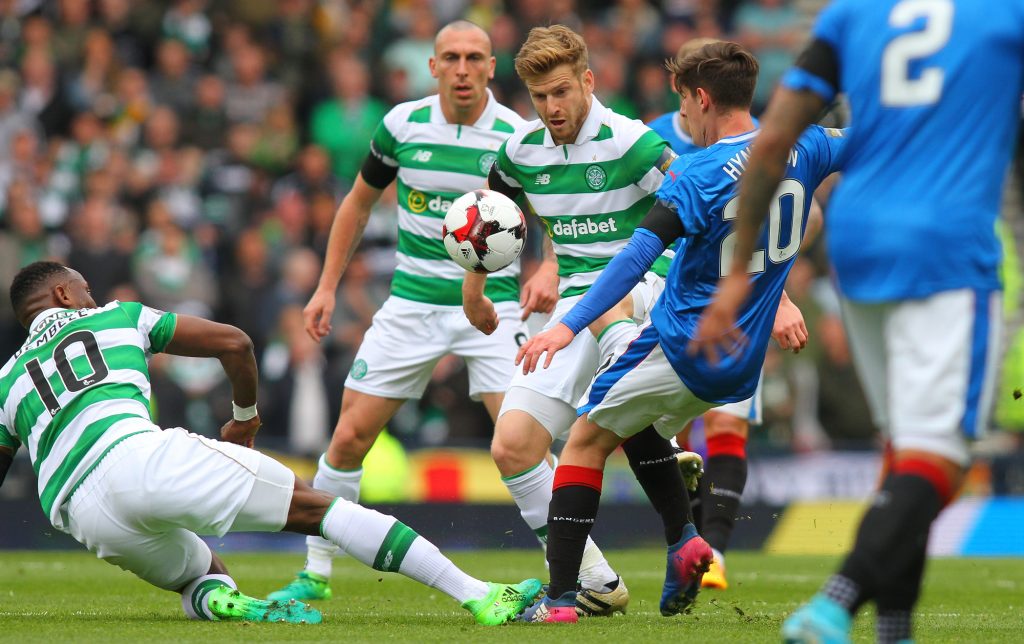 Rodgers refused to give away any clues about his starting line-up and said: “I will take a final look at them tomorrow in terms of Sunday’s match.

“Both looked really strong in a practice game we played during the week. They had good power in their legs.

“It’s great news. Not just for this game, but for the run-in. The squad we have is really strong.”

Patrick Roberts, who has been missing since November, is also on the way back from his hamstring problem and was an unused substitute in last week’s 3-0 Scottish Cup win over Morton.

Rodgers, of course, will be without right-back Mikael Lustig who is serving a one-game suspension following his ordering-off at Aberdeen a fortnight ago.