His agent, Jacques Lichtenstein, has insisted there is no chance of the international remaining at the champions when his current deal expires in June.

Boyata’s controversial business associate created a storm in August when he turned up unannounced at Lennoxtown demanding a meeting with boss Brendan Rodgers after the Hoops had knocked back a £9million bid from Fulham on the last day of the Premier League’s transfer window.

Boyata eventually returned to the top side against Hamilton Accies at Parkhead and scored the only goal of the game on August 26.

Rodgers even praised the 28-year-old’s performance in the 1-0 Betfred League Cup Final triumph over Aberdeen at the start of last month. The player had to be helped off following a clash of heads with his former team-mate Gary Mackay-Steven and came back heavily bandaged. He lasted into the second-half before he limped off with a hamstring injury. 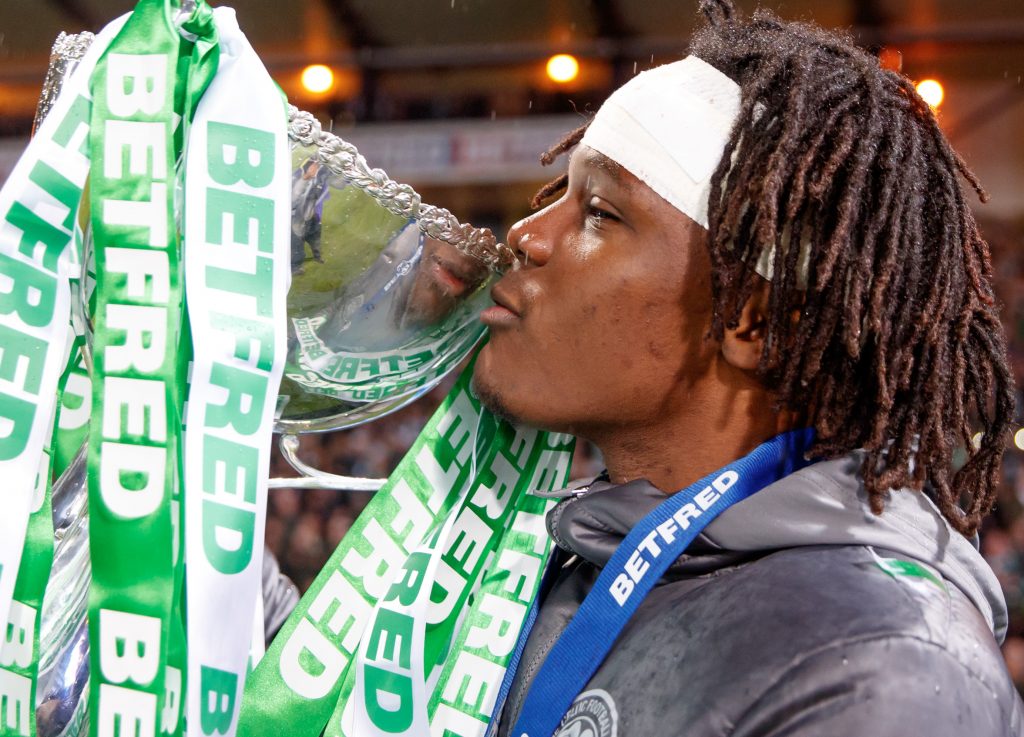 WHAT A SMACKER…Dedryck Boyata with the Brefred League Cup last month. Pic: Geo.

Lichtenstein, far from being one of the most popular negotiators around Celtic, insisted: “A new contract isn’t an option, we are not even talking.

“We have plenty of choice. We are looking at every proposition.”

Boyata, who was signed by Ronny Deila for £1.5million in August 2015, can now agree a pre-contract to move at the end of the campaign with the Hoops receiving nothing in compensation.

There will be movement on the centre-half position, as CQN reported yesterdaywith £1.3million Jack Hendry likely to go out of loan for the remainder of the term with League One side Sunderland, managed by former St Mirren gaffer Jack Ross, monitoring the situation.

Portsmouth and Bradford City have also been linked with the defender who hasn’t figured in the first team since the defeat to RB Salzburg in Austria in in October.

And there could also be good news on the Filip Benkovic front with reports from the south indicating Liecester City will allow their £13million pivot to remain at the Glasgow outfit for the remainder of his loan period.