Celtic Quick News on News Now
You are at:Home»Latest News»‘BROONY IS MARKED MAN,’ BOYD
By CQN Magazine on 13th May 2018 Latest News

And the former Hoops skipper insists rival players are zeroing in on the 32-year-old midfielder as witnessed by recent assaults by Aberdeen’s Sam Cosgrove, Ross County’s Andrew Davies and Hearts’ Steven Naismith.

Boyd said: “Scott is the most targeted man in Britain. It looks like there’s a vendetta against him with some of the tackles going in.

“Some players go out with that intention. But if it’s about  trying to intimidate him it’s not going to happen. He’s not easily wound up and is able to handle himself.” 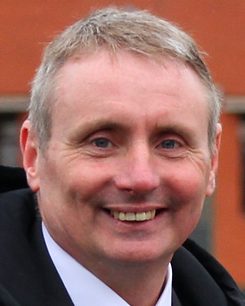 But, after watching Naismith’s foul on Brown that earned him a two-match retrospective ban, Boyd said: “The Hearts challenge was nasty and, thankfully, it just caught the fleshy part of Scott’s leg.

“He’s the kind of guy you love if he’s in your team. But opposition players  certainly don’t. Kieran  Tierney has probably been up there as well this season.

“Some of it is over the top like Ryan Bowman’s high challenge in the Motherwell game back in February.”