CELTIC have been told they will have to splash £5million if they hope to sign Greek international keeper Vasilios Barkas.

The AEK Athens shotstopper is on Neil Lennon’s radar as it looks increasingly as though Fraser Forster will not be returning to Parkhead to join the charge for the historic TENTH successive title.

It has been reported the Hoops made an enquiry for Barkas this week, according to the Scottish Daily Mail.

Celtic fans may remember the 6ft 5in goalie from August 2018 when he starred for the Greeks when they ended Brendan Rodgers’ side’s hopes of Champions League qualification with a shock 3-2 aggregate victory. 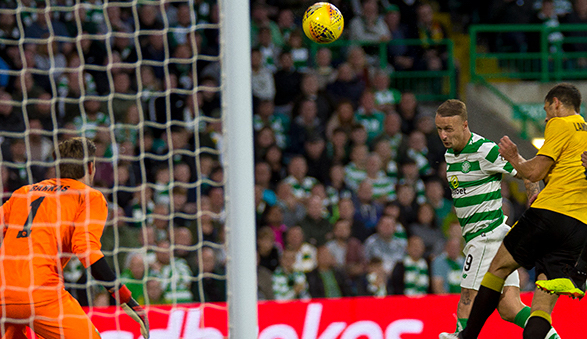 UP IN THE AIR…AEK Athens keeper Vasilios Barkas prepares to deal with a header from Leigh Griffiths in August 2018.

Scotland international No 1 David Marshall and former England keeper Joe Hart are also under active consideration after Forster changed his mind over a return to Glasgow.

A one-year loan deal with an option to buy had been agreed last weekend. The second time-around Celt, a firm favourite with the fans, was apparently reluctant to go on loan again.

The towering custodian still has two years to run on his lucrative contract at Southampton that is worth a whopping £90,000-per-week.

While Scotland’s title kings have not given up all hope of the 32-year-old returning on loan, they are now considering other options after Craig Gordon also rejected a new deal and moved to Hearts.

Head of recruitment Nicky Hammond and goalkeeping coach Stevie Woods are heading up the search as Lennon prepares his players for the scheduled August 1 kick-off to the Premiership.